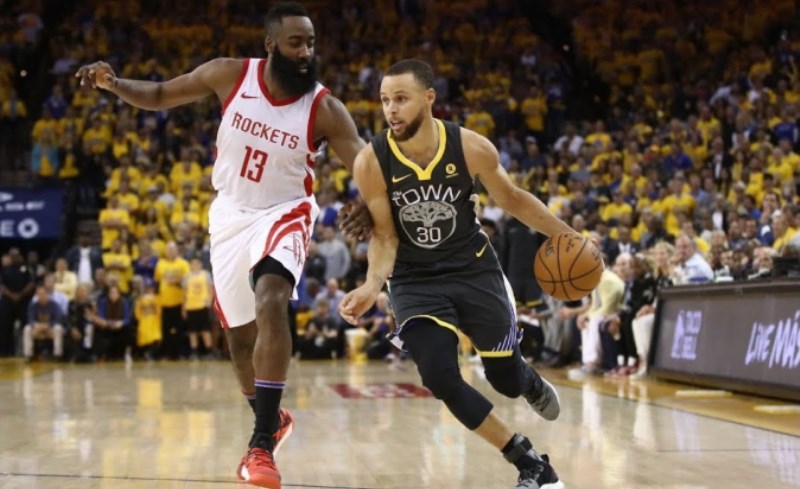 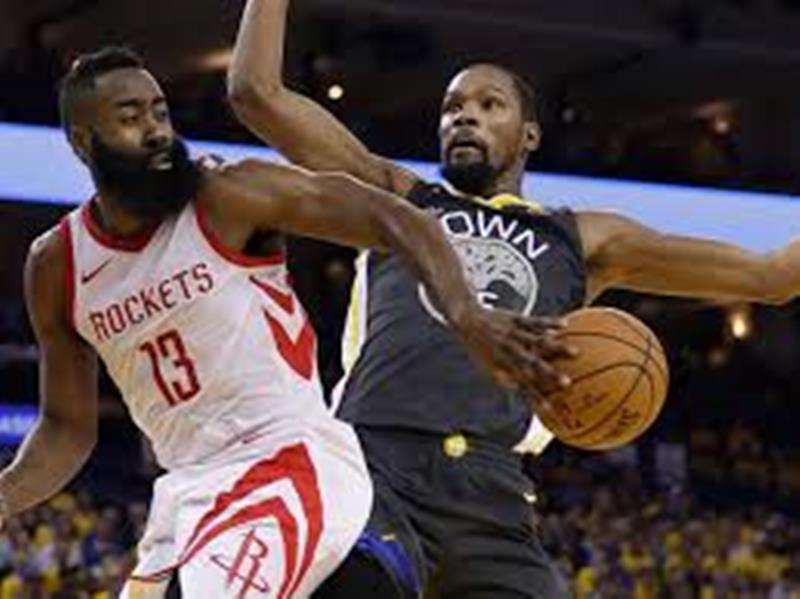 The Rockets snapped Golden State’s record playoff home win streak at 16 games, the Warriors suffering their first loss since the 2016 NBA Finals, and took their first playoff win over the Warriors in eight all-time tries.

“We know how hard it is to come back from 3-1,” Paul said. “When it’s winning time, you have got to suck it up. We knew we needed one here and we got it.”

P.J. Tucker had 16 rebounds and Clint Capella grabbed 13 for the Rockets, who host game five of the best-of-seven Western Conference final Thursday in Houston.

“Hopefully basketball can be a way for people to ease their minds, if only for a moment,” Paul said.

The series winner will face either Cleveland or Boston in the NBA Finals starting May 31.

Stephen Curry led Golden State with 28 points on 10-of-26 shooting while Kevin Durant added 27 points and 12 rebounds and Draymond Green had 11 points, 14 rebounds and eight assists.

The defeat marks the first time the Warriors, seeking a third crown in four seasons, have lost twice in a playoff series since Durant joined last season.

“Now we’ve got to fight. This is now a real playoff-type experience,” Curry said. “We’re ready for it. The vibe in the locker room is really positive when it comes to what we need to correct to win game five.”

“I wish we had done a better job of taking control,” Durant said. “We had chances to win… We’ve just got to get better next game.”

“It’s as good as it’s going to be right now,” Paul said. “Mental toughness is just as important as physical toughness and we showed that.”

“They went on a hell of a run in the third and I told the guys in the huddle ‘Let’s fight back,'” Paul said. “Hell of an effort. Fun game. Big time game.”

Stopping Houston took a toll on the Warriors in a physical contest.

“Some of the work we had on defense affected us on the offensive end,” Curry said. “When you give yourself a lead like that it would help to sustain it.”

Golden State, which opened the game on a 12-0 run, managed only 12 points in the fourth quarter.

“We just ran out of gas,” Warriors coach Steve Kerr said. “They outplayed us in the fourth quarter and that was the difference. This game was just trench warfare, everybody grinding it out.”

“This is the highest level we’ve ever played defensively,” he said. “There was some good defense in there to get us back. And they got a little tired in the fourth quarter because they felt us for three quarters.”

In the dying seconds, Thompson missed a jumper, Paul hit a final foul shot and Curry missed a desperate 3-point try at the final buzzer.

“It was just gutting it out and willing it,” D’Antoni said. “Got to find a way. This thing is not always going to be pretty but it’s going to be tough.”

Harden scored 15 points in the second quarter as Houston, down 28-19 after one quarter, surged ahead 53-46 at half-time. – Agence France-Presse