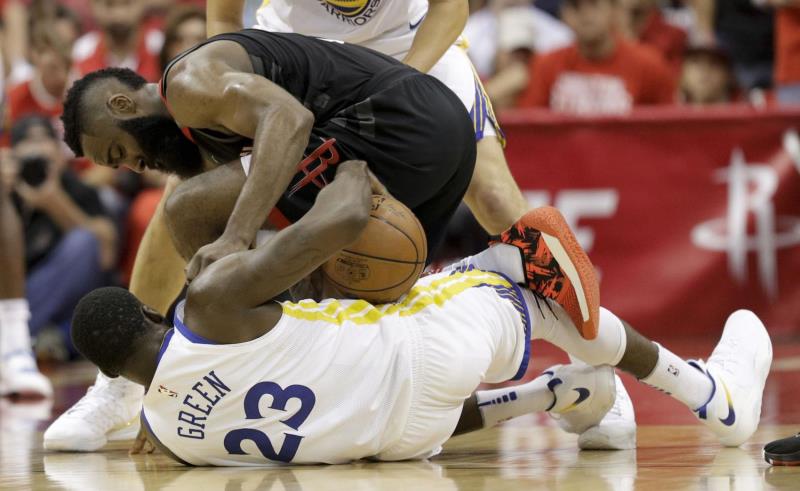 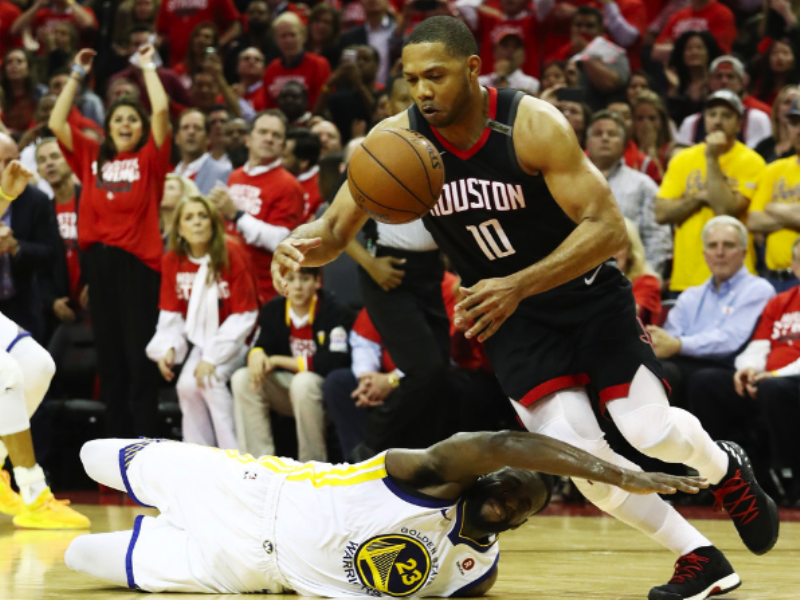 The Houston Rockets clawed out a 98-94 victory over the reigning champion Golden State Warriors on Thursday to move within one win of reaching the NBAFinals.

The Rockets, who led the league with 65 regular-season wins, took a 3-2 lead in the best-of-seven Western Conference finals and with one more victory can deny the Warriors a fourth straight trip to the championship series.

“For us nothing changes,” Rockets star James Harden said of Houston’s mindset on the brink of the club’s first trip to the Finals since winning back-to-back titles in 1994 and 1995.

“We just take it game by game, position by position, try to compete our butts off and give ourselves the best chance.”

Golden State, whose streak of 16 straight home playoff wins was halted by the Rockets on Tuesday, will try to fend off elimination when they host game six on Saturday.

“I feel great about where we are right now,” insisted Warriors coach Steve Kerr. “That may sound crazy but I feel it. I know exactly what I’m seeing out there and we defended them beautifully tonight.”

The winner of the series will face either the Cleveland Cavaliers or Boston Celtics in the NBA Finals starting on May 31.

The Cavaliers, who have played the Warriors in each of the last three title series, trail the Celtics 3-2 in the Eastern Conference finals.

Houston point guard Chris Paul scored 18 of his 20 points in the second half as the Western Conference heavyweights went toe-to-toe.

“They’re not going to let you win on points, you’ve got to knock ’em out,” Rockets coach Mike D’Antoni said.

“I thought our guys just hung in there, hung in there and found a way,” added D’Antoni, whose Rockets shot just 37/2 percent from the floor. “It won’t go down as a classic, but it should go down as a hard-fought win.”

In a game that saw 16 lead changes, the Warriors led by one going into the fourth quarter.

But Eric Gordon scored 10 of his 24 points off the bench for Houston in the final frame to help the Rockets turn the tide.

Gordon drained a three-pointer to put Houston up by four points with 1:21 remaining, and he came up with the ball after Draymond Green lost it on Golden State’s last possession.

Houston’s Most Valuable Player candidate Harden struggled from the floor — missing all 11 of his three-point attempts — but finished with 19 points.

The only downside for Houston was a right hamstring injury to Paul that saw him limp off in the final minute.

Paul connected on just six of 19 shots from the field, but the baskets he made proved crucial.

Paul’s three three-pointers in the third quarter included a tough one over Stephen Curry, after which Paul gave a little Curry-style shoulder shimmy that drew a smile from the Warriors star.

“What he did was remarkable,” Rockets coach Mike D’Antoni said of Paul.

“When we were kind of teetering he made two or three threes — that’s just his heart. They weren’t great shots, he made something out of nothing.”

Kevin Durant led the Warriors with 29 points, but made just eight of 22 shots from the field and missed all four of his attempts in the fourth quarter.

The Rockets honored victims and survivors of the deadly shooting at Santa Fe High School, where a teenage gunman killed 10 people and injured 13 others on May 18.

The team provided tickets for more than 300 Santa Fe High seniors, along with some staff and first responders. The school’s choir sang the national anthem before the contest.

D’Antoni said it was “a great gesture” by Rockets owner Tilman Fertitta but that more needed to be done to stop the scourge of gun violence.

“We all should be tired of gestures and moments of silence,” D’Antoni said. “So let’s get some action and try to change and do a better job for the kids.” – Agence France-Presse