Home 2021 Roglic, a giant in Asturias 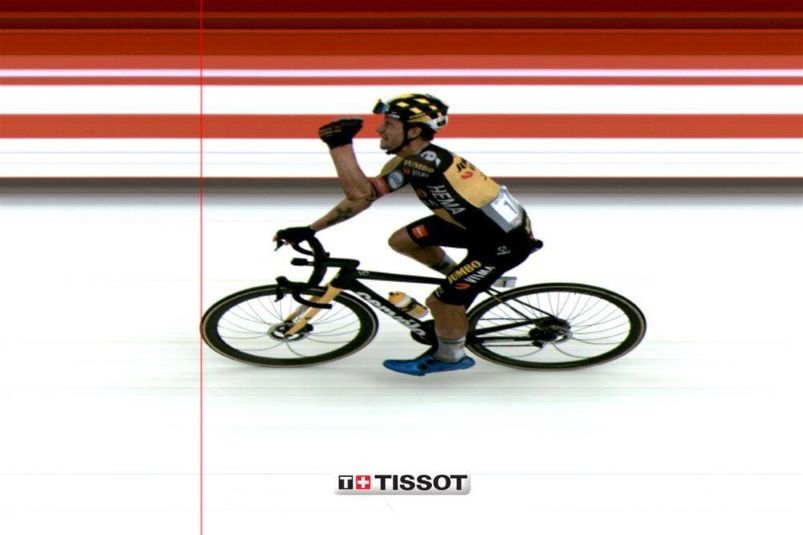 Primoz Roglic took victory at Lagos de Covadonga after a crazy stage 17 of La Vuelta 21 that will go down in the history books. The battle was on from the start and the pace was relentless until the summit finish, where the Slovenian won 1’35’’ ahead of his Jumbo-Visma teammate Sepp Kuss.

Roglic was the only one to follow Egan Bernal (Ineos Grenadiers) when the Colombian turned the race upside down with 61km to go. He then went solo with 7.5km to go. He takes La Roja with a significant lead on Enric Mas (Movistar Team), only four days away from the finish in Santiago de Compostela.

The peloton of La Vuelta 21 face an icon and a monster today with 185.8km of racing towards the summit finish at Lagos de Covadonga, atop a 12.5km climb with an average gradient of 6.9% and a maximum of 20%. The stage features some 3,500m of elevation and it inspires the attackers, who launch another crazy battle for the break.

A crazy pace from the start

Mikel Landa (Bahrain Victorious) attacks inside the final kilometres of ascent and quickly bridges the gap. But Jumbo-Visma set a hard pace in the GC group and the gaps are still under a minute. This crazy pace is too much for Odd Christian Eiking (Intermarché-Wanty-Gobert Matériaux), distanced inside the last kilometre.

The overall leader of La Vuelta 21 gets back on the downhill, halfway through the stage, when Olivier Le Gac (Groupama-FDJ) goes solo ahead from the lead group. The chasers, including De la Cruz, are caught with 72km to go. Le Gac increases his lead to 55’’ but he’s quickly caught when Egan Bernal’s Ineos Grenadiers up the pace on the second ascent of La Colla Llomena. Eiking is dropped at the same moment.

Bernal attacks 5km away from the summit, with 61km to go. And only Primoz Roglic (Jumbo-Visma) follows his move. Gino Mäder and Wout Poels drive the chase for Jack Haig (Bahrain Victorious). Over the top, the first GC group (with Guillaume Martin) trail by 45’’, and Eiking by 1’45’’. Roglic leads the virtual standings of La Vuelta.

The gap increases to 2’20’’ on the downhill, before the collaboration of teammates from Bahrain Victorious, Cofidis and Bora-Hansgrohe bring it down to 1’30’’ at the bottom of the final ascent. After a crash on the downhill, Eiking is already more than 4’ behind.

Roglic ups the pace on the ascent and Bernal is dropped with 7.5km to go. The Slovenian goes solo all the way to the finish, while the Colombian is caught by the chasers inside the last kilometre of ascent.