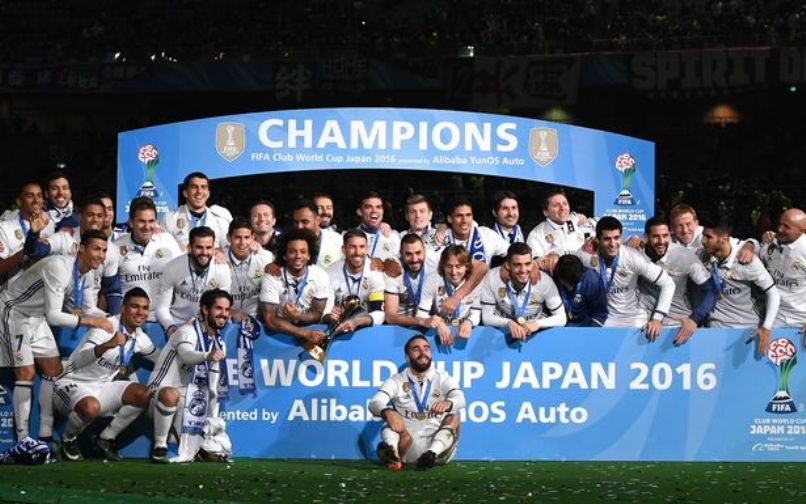 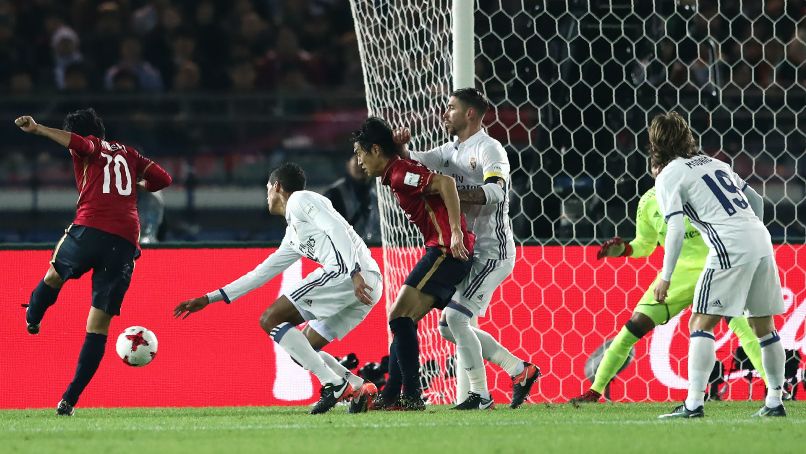 A Gaku Shibasaki double briefly threatened one of football’s greatest shocks after Karim Benzema had given Real an early lead in Yokohama.

But Ronaldo equalised from the penalty spot before pouncing twice in extra time to give the Spanish giants their second world title in three years and fifth in total.

“Bloody hell, what a game!” said a breathless Ronaldo. “We had to suffer, but that’s what finals are all about.

“People always expect more of Cristiano,” he added, speaking of himself in the third person.

“It has been an unforgettable year — winning the Champions League, the Super Cup and the Euros with Portugal.

“And to score three more goals and to have such a perfect end to this dream year, it’s incredible.”

The victory extended Real’s club record unbeaten run to 37 matches in all competitions, while French coach Zinedine Zidane surpassed Fabio Capello’s record for their best start to a season.

But the European champions, yet to be defeated in 26 games this campaign, were forced to dig deep by an Antlers side who finished a distant third over the J-League season, before winning the championship final.

Benzema’s toe-poked opener was cancelled out on the stroke of halftime by Shibasaki, who took advantage of some calamitous defending from Raphael Varane to lash in a sharp volley.

The Japan midfielder then sparked wild celebrations among a crowd of 68,000 seven minutes after the break when he smashed home a left-foot shot from long distance.

Kashima’s lead was short-lived, however, as Ronaldo levelled from the spot after Lucas Vazquez was bundled over by Shuto Yamamoto.

Ronaldo, who scooped his fourth Ballon d’Or last week, put Real back in front with a clinical low finish eight minutes into extra time after a deft pass from Benzema.

And the Portuguese superstar completed his hat-trick — the first in a Club World Cup final — six minutes later with another poacher’s strike to break Japanese hearts.

“The stats don’t lie,” Ronaldo said. “I’ve had a spectacular season. People often criticise me but I’m used to it. I just carry on working on the pitch and get on with my job of winning titles.”

European teams have now won the Club World Cup nine out of the last 10 years.

But Real rode their luck at times in a pulsating final, not least when Zambian referee Janny Sikazwe chose not to show captain Sergio Ramos a second yellow card late on after what looked a cynical block.

“My players were brave, their attitude was great and I feel we have grown as a club through this tournament.” – Agence France-Presse