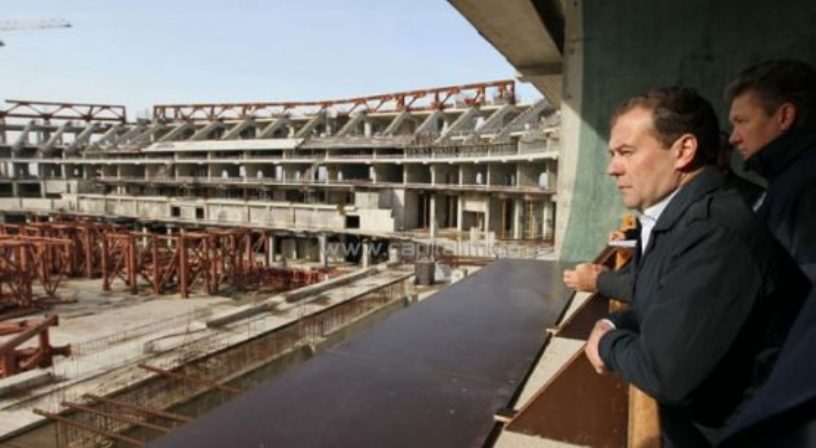 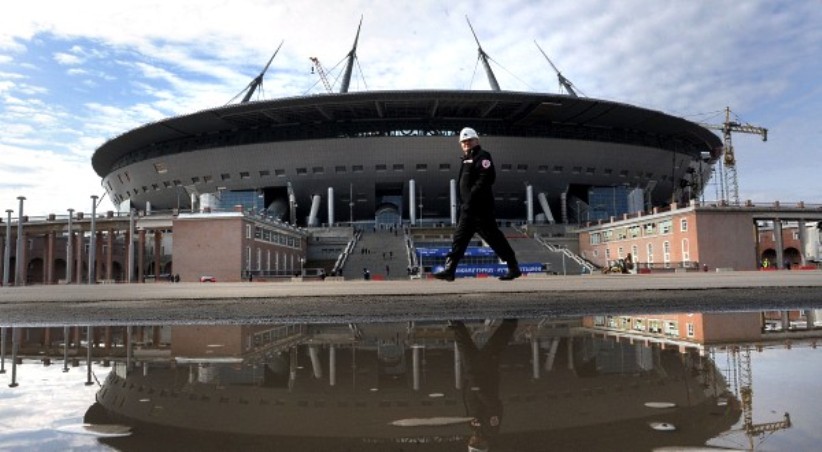 With the 2018 World Cup less than two years away, Russia is scrambling to resume construction at one of the tournament’s flagship stadiums where labour disputes have threatened to derail efforts to meet deadlines.

Work on the futuristic 68,000-seater stadium in Saint Petersburg, Russia’s second city, was halted last month over a contractual disagreement between local authorities and the firm overseeing construction.

The firm building the venue, Inzhtransstroy-SPB, quit the project, forcing Russian authorities to hastily find a new company to build the spaceship-shaped stadium that will host seven World Cup matches, including a semi-final.

Sports Minister Vitaly Mutko, who also heads the country’s football union, said last week he was concerned about the situation but expressed hope that the new contractor, Metrostroy, would turn things around.

“Poor quality work has been done on a string of engineering systems,” R-Sport news agency quoted Mutko as saying.

“This was all discovered when the contract was terminated. Now we need to build it with composure. We have to start being more positive.”

The alleged shoddy labour unleashed a bitter war of words between Inzhtransstroy-SPB and local authorities, with the company accusing authorities of owing it one billion rubles ($16 million) and withholding 4.3 billion rubles in extra funding.

Work on the venue, which will serve as Zenit St Petersburg’s stadium, is expected to resume by the end of the month.

Inzhtransstroy-SPB pledged to “hand over in a civilised manner” the construction to the new firm, which has pledged to complete the stadium by December 26 for 5.38 billion rubles.

Before severing its ties with the stadium, Inzhtransstroy-SPB said that the venue was 85 percent completed, a figure Mutko said represents a “high level” of readiness.

The remaining 15 percent of the stadium — which includes work on heating, electricity and the installation of fixed roof — needs to be completed before next summer’s Confederation Cup, which Russia will host in four of its World Cup venues as a rehearsal for the 2018 tournament.

Local authorities have remained upbeat and dismissed the prospect of seeing an unfinished stadium host the matches.

“Everything will be ready to host Confederation Cup matches in 2017 and the World Cup in 2018,” the deputy head of the Saint Petersburg region, Igor Albin, told local media.

President Vladimir Putin last month ordered government officials to take “measures to eliminate the delays in the construction of sport or other infrastructure” for the tournament, and instructed Prime Minister Dmitry Medvedev to report on the issue monthly.

Mutko told R-Sport last week that there are “no extreme delays that would be the cause for strong concern” in work on World Cup venues.

But dozens of workers building a 35,000-seat stadium in the Russian exclave of Kaliningrad last month staged a strike to protest their labour conditions, claiming their salaries had been withheld for the past three months, local media reported.

Construction of a stadium in the central Russian city of Samara stopped in May after regional authorities decided to hire a new firm for the project, sparking fears the venue would not be completed on time. – Agence France-Presse