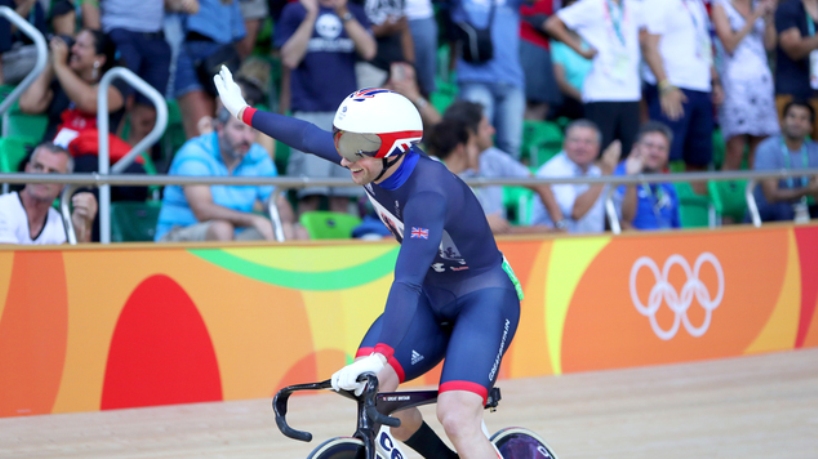 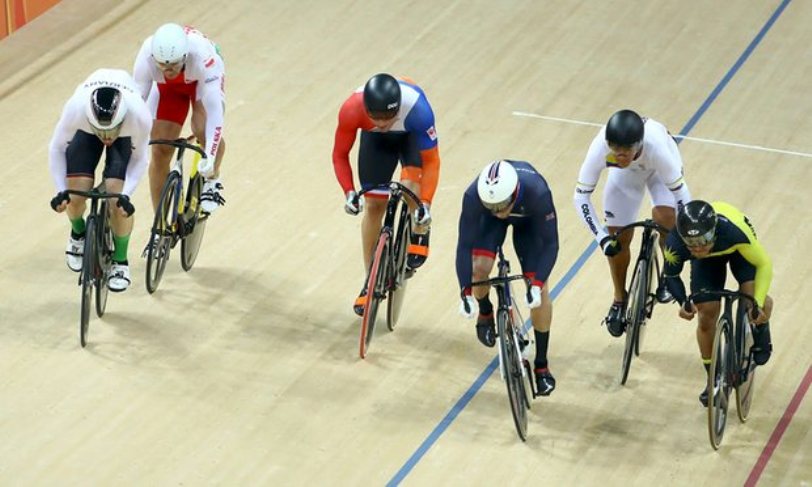 Jason Kenny was “untouchable” at the Rio Olympics, according to the man whose record the sprint sensation equalled on Tuesday.

He also matched Hoy’s remarkable achievement from Beijing eight years ago of taking three gold medals at the one Games, in the sprint, team sprint and keirin.

And it brought with it gushing praise from the man he may yet surpass four years from now in Tokyo.

“He has been untouchable this week, he has been on a different level,” said Hoy.

“He has dealt with extreme pressure — he is a true champion.”

The sprint stars’ records are identical: six gold and one silver medal.

Hoy, who was commentating for British television in Rio, handed Kenny his one defeat in an Olympics, beating his then 20-year-old team-mate into silver in the sprint in 2008.

But four years ago in London, Kenny took Hoy’s place as the team’s number one sprinter.

“When he first came on board at Beijing we knew we had a talent, but we didn’t know what a special talent he was,” Hoy told the BBC.

“It’s character, just fantastic. This is a really special moment — a phenomenal performance tonight and all week.”

It was a golden double on Tuesday for Kenny and fiancee Laura Trott, who won the women’s omnium.

Trott also won the team pursuit here, doing the same double she managed as a 20-year-old in London four yeas ago.

She is the most successful British female Olympian.

It means the couple have 10 Olympic titles between them.

“It’s amazing, I’m really happy for Laura, I know how hard she works and how much she wants to win,” said Kenny.

An emotional Trott burst into tears as Kenny won his sixth gold medal.

“I can’t believe I’ve done that,” she said of her fourth gold medal.

Things will be getting even better for the star couple later this year, although Kenny is not sure whether he will carry on to another Olympics or not.

“I’ve got a bit to do in the next few months: get married and then reflect on it,” he said.

While Trott was totally dominant in the omnium, Kenny’s keirin victory was controversial.

He and bronze medallist Azizulhasni Awang of Malaysia seemed to have jumped the gun in the final.

A false start was called but neither was disqualified as organisers couldn’t decide which one had infringed first.

On the restart, German world champion Joachim Eilers also false started, but having let off the other two, organisers did likewise with him.

“Ultimately it was the right decision, it was ridiculously tight and it’s a bit vague that kind of rule,” said Kenny.

“Someone was a bit trigger happy today as well,” he added about the two tight calls, neither of which as clear.

“I was well placed and I thought it was a massive call to make for a guy to make with the naked eye,” sad Dyer.

“I think they dealt with the doubt well. There was clearly doubt, everybody wanted the best and fairest possible outcome and I think they did achieve that.”

Dyer insisted that Kenny should be counted amongst his country’s greatest ever sportsmen.

“He’s most certainly one of the most outstanding British athletes of all time,” said Dyer. – Agence France-Presse