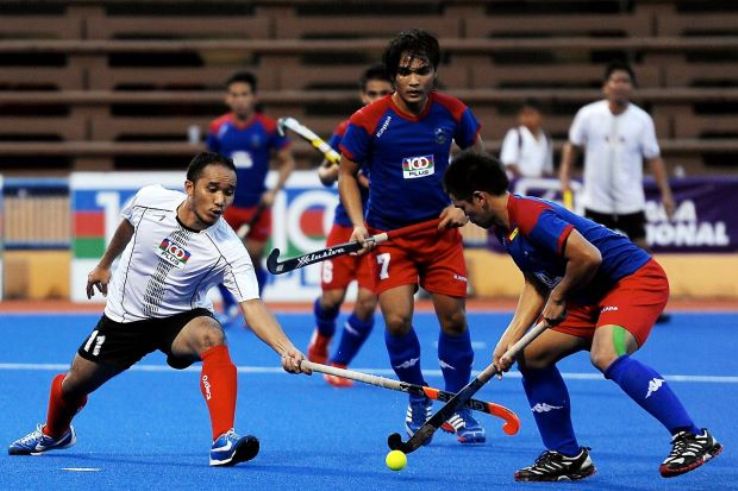 The Sabah hockey team carved out some impressive victories over their much fancied opponents during a recent 15-match playing tour of Peninsula Malaysia as part of their of preparations for the 17th Malaysia Games (Sukma) in Perlis from May 24-June 4.

This has given the East Malaysians hope of doing well in the men’s hockey tournament with an eye on the semi-finals from Group A which is made up of defending champions Terengganu, Johor, Perlis, Pahang, Perak and Sabah.

Team manager Avtar Singh Bal said the “fruitful tour” was an opportunity for the team to iron out the flaws.

“This is the first time that we have gone for a playing tour before the Games. Sabah’s best in Sukma was finishing 6th in Kota Kinabalu in 2002. This time we are targetting the semis which is within our reach,” said Avtar, who is also the secretary of the Sabah Hockey Association.

However, along the way coach Hasrul Jaideh took note of the shortcomings and a thumping 6-2 win over Negeri Sembilan saw Sabah end the tour with an unbeaten run in the remaining six matches.

Out of the three matches against Malaysian Armed Forces, Sabah drew one and won two. Next Sabah beat Terengganu 2-1, Selangor (3-0) and Malaysian Juniors 2-1 – all in Kuala Lumpur.

“We started our Sukma training in December last year when we picked the team after the National Under-21 champions. A lot of effort has been put in for this Sukma and have targeted a semi-final berth,” added Avtar.