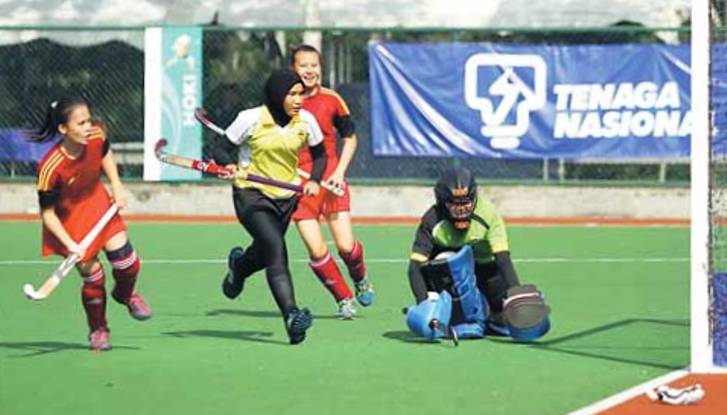 Hosts Perlis are making a comeback to women’s hockey in the 17th Malaysia Games (Sukma) after a 10-year absence and have set themselves a high target – to reach the semi-finals.

The hockey minnows last played in the biennial games in 2004 in Negeri Sembilan and Perlis failed to get past the group stage.

On paper Perlis are heading for another early exit but coach Shahrulnizam Mohd Saad begs to differ with a strong message for the rivals that “big names do not fear us” although drawn in a tough group.

Perlis are drawn in Group B and have hockey powerhouses Selangor, Perak, Penang and Federal Territories apart from Malacca and Kedah.

“Yes. I agree that it is very tough group for us. On paper we are no where near the big names of Malaysian hockey (women) but it does not fear us,” said Shahrulnizam after a training session at Sekolah Menengah Kuala Perlis.

The bulk of the Perlis team is mostly made up of students from SSTMI (Sekolah Sukan Tengku Mahkota Ibrahim), Bandar Penawar in Kota Tinggi Johor and Sekolah Sukan Padang Midin in Kuala Terengganu.

“We have assembled a fairly strong team for the challenge in this year’s Sukma. The fact that we are competing in women’s hockey after 10 years is itself a motivation for the team to do well.”

Group A is made up of Terengganu, Johor, Sarawak, Negeri Sembilan, Pahang and Sabah.

“The two have been impressive in training and are an asset to the team. They have a good hockey career ahead of them.”

The Perlis team went into centralised training the last two months at Sekolah Menengah Kuala Perlis – which is also the venue for the women’s hockey competition.

The hosts open their campaign with a tough match against Perak on May 24.