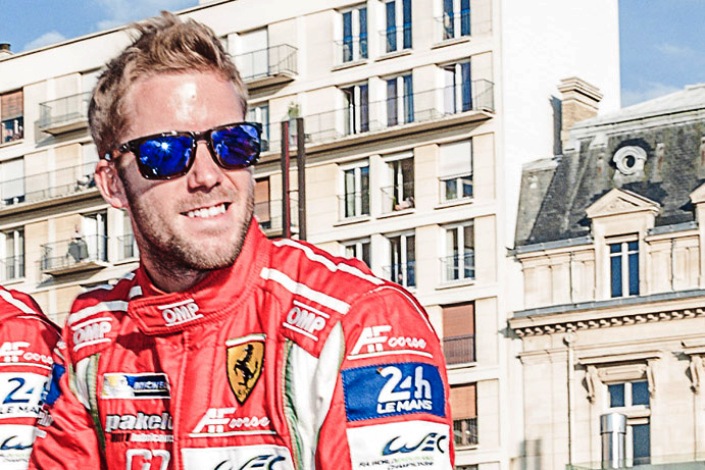 Ferrari has announced that FIA World Endurance Championship LMP2 Champion Sam Bird will be joining the Italian marque as a factory driver for the 2016 season, plus it is re-shuffling its driving crews in the LMGTE Pro category.

This season sees the introduction of a new car from the Prancing Horse in Maranello, the Ferrari 488 GTE, which will make its racing debut in the USA at the Rolex 24 at Daytona on 30th January.  Subject to confirmation of the full-season entry lists for the WEC, which will be revealed at the ACO/WEC press conference in Paris on 5th February, AF Corse will enter two cars in the Pro category as in previous years.

It is planned that the No.51 will be driven by two-time World GT Champion Gianmaria “Gimmi” Bruni together with Britain’s James Calado who replaces a Stateside-bound Toni Vilander.  In the No.71 sister car, 28-year-old Sam Bird will be alongside Davide Rigon.