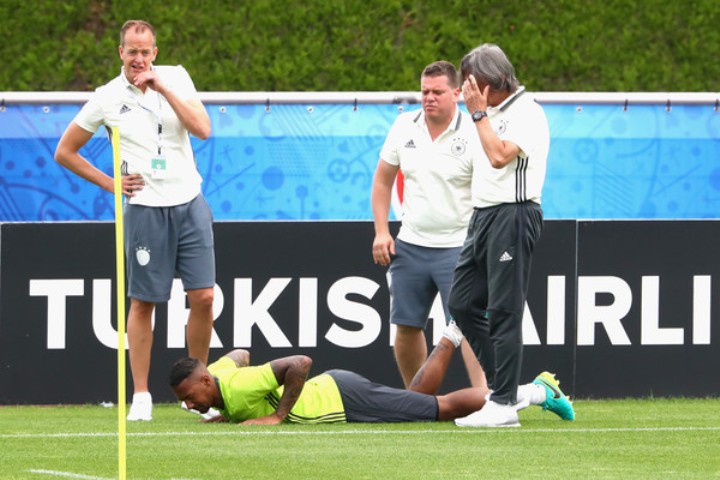 Germany are waiting on the fitness of captain Bastian Schweinsteiger for their Euro 2016 semi-final against France in two days’ time, as the Manchester United star sat out Tuesday’s training.

Schweinsteiger strained his right knee in Saturday’s quarter-final win over Italy, firing his spot-kick over the bar, as Germany won 6-5 in a penalty shoot-out after it finished 1-1 after extra-time.

The 31-year-old defensive midfielder missed training on Tuesday at Germany’s base in Evian, spending the session on an exercise bike.

Germany already has personnel problems for the Marseille semi with centre-back Mats Hummels suspended plus Sami Khedira and Mario Gomez ruled out by injury.

Schweinsteiger has yet to start any of Germany’s five games so far at the European Championship finals after tearing the medial ligament in his right knee in March.

Germany coach Joachim Loew has said he will not risk any player who is ‘not 100 percent fit’ as die Mannschaft’s medical staff race to get Schweinsteiger ready.

Defender Benedikt Howedes also sat out Tuesday’s training session as a precaution, as they prepare to fly to Marseille to play for a place in Sunday’s final in Paris against either Wales or Portugal. – Agence France-Presse