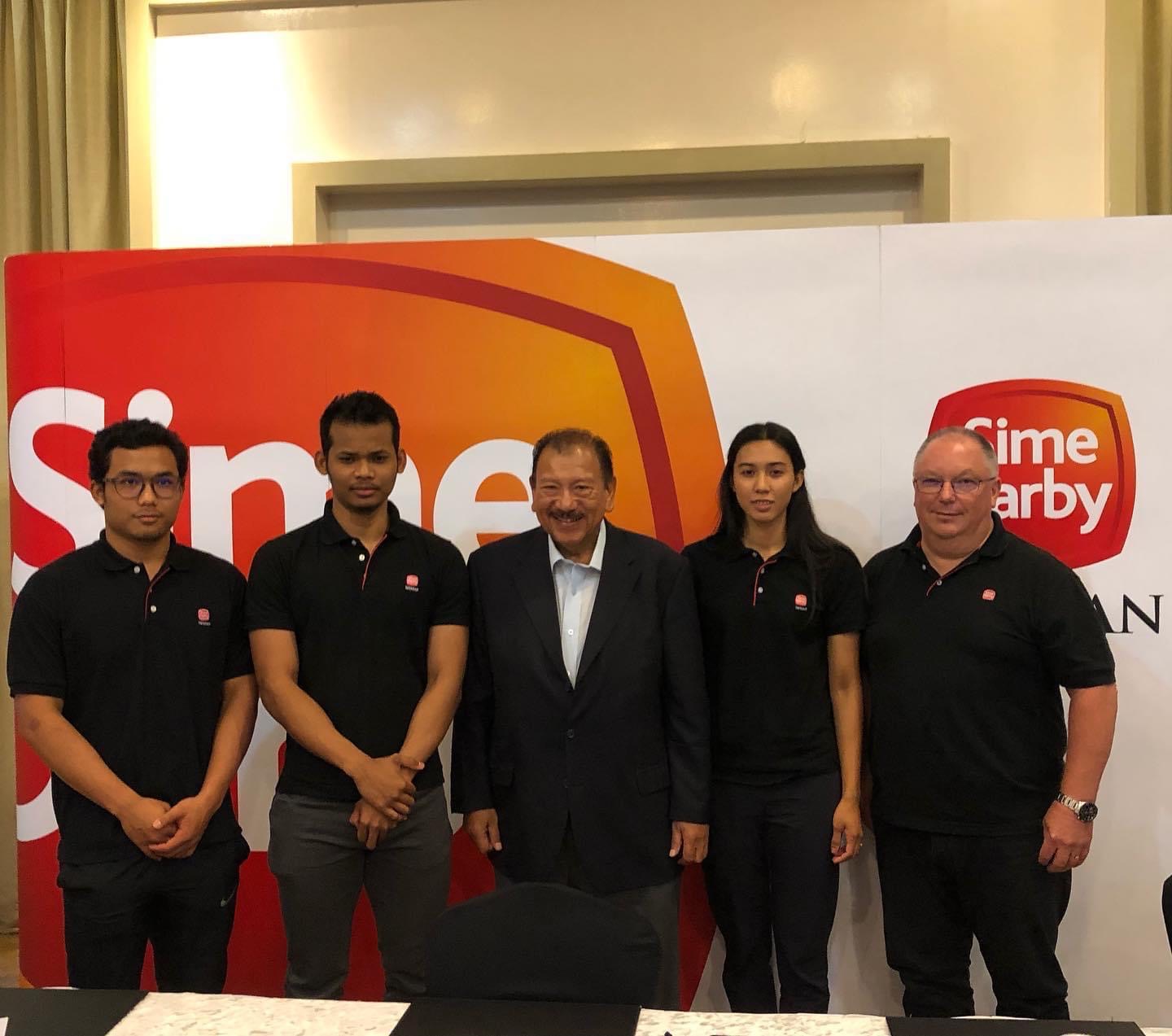 Yayasan Sime Darby (YSD) is proud that the Sime Darby Foundation Track Cycling Team (SDFTCT) athlete, Muhammad Shah Firdaus Sahrom, will be competing in the Tokyo Olympics from 4 to 8 August 2021 in Keirin and Sprint events.

The highly anticipated international sports event which will showcase the best sports talents worldwide is due to take place from 23 July to 8 August 2021 in Tokyo, Japan.

The SDFTCT Road to Tokyo programme involved total funding of RM2.6 million from
February 2017 to August 2021.

As a result, Shah Firdaus succeeded to be qualified to represent his beloved country in the Tokyo Olympics.

Shah Firdaus expressed that he is hoping to take home his first Olympic medal from his first Olympic experience, and said “It is a dream come true for me to represent Malaysia at this prestigious sports event.

The massive support I received from my coach John, my fellow rider Azizul, my team members, and Yayasan Sime Darby, was key to my achievements that took me on this remarkable journey. I aim to maintain my performance at the Olympics and come home
victorious.”

This is YSD’s third phase of support for the SDFTCT, following the first two phases of
sponsoring the national track cyclists in their journey to qualify for the London 2012 and Rio 2016 Olympic Games.

Rio 2016 proved to be a success as Muhammad Azizulhasni Awang brought home Malaysia’s first Olympic medal in track cycling after finishing third in the Keirin
finals.

Fatehah Mustapa, who participated in London 2012 and Rio 2016, also made it to national history by becoming the first female track cyclist in Malaysia to qualify for the Olympics.

Y.A.M. Tunku Tan Sri Imran Ibni Almarhum Tuanku Ja’afar, Chairman of YSD, stated that “YSD wishes both the national cyclists Shah and Azizul the very best of luck at the Olympic games. We understand that this is going to be an extraordinary Olympics event which may not be an easy one to adapt to. However, we have full confidence that both Shah and Azizul, together with the rest of the national contingent, will make Malaysians proud.”

“I would also like to congratulate Fadhil for being ranked the best in the world in the UCI Men’s Elite 1km Time Trial event, and Anis for being the top female Malaysian track cyclist. There is a great future for both of you, so do keep up your good performances. And specifically for Anis, as YSD strongly believes in providing female athletes with equal opportunities in their development to be the best they can be,” he added.

Under its Sports pillar, YSD supports development programmes and grassroots initiatives that promote healthy living, unity and inclusion among children and youth, including disadvantaged and marginalised groups. In addition, YSD also focuses on supporting world-class athletes, as well as women and girls development in sports in the country.