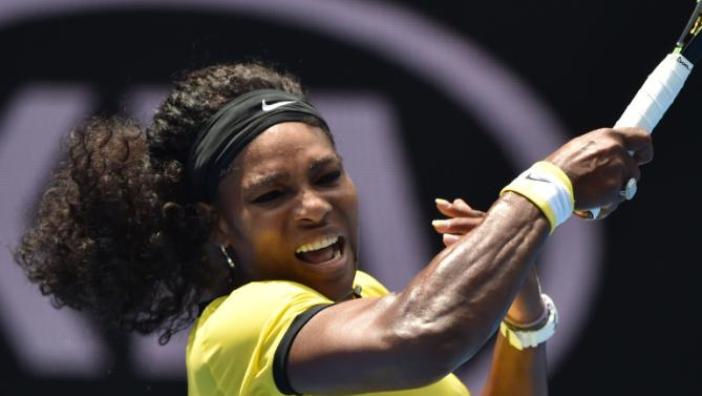 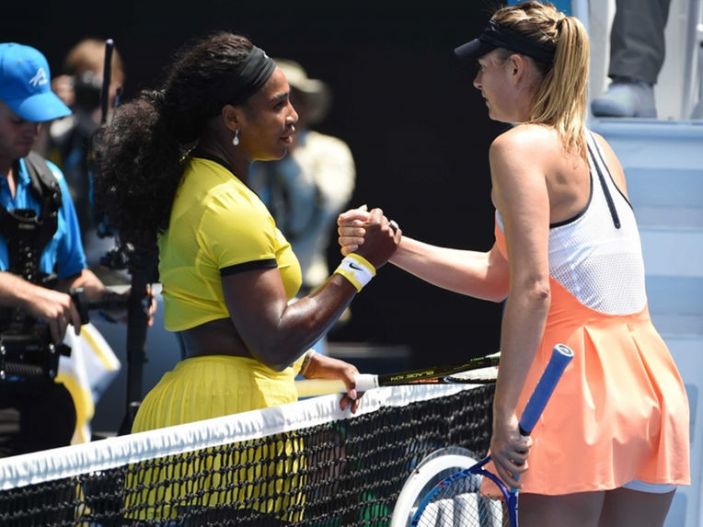 Serena Williams beat Maria Sharapova for an 18th straight time despite a bout of food poisoning Tuesday to set up an Australian Open semi-final against Agnieszka Radwanska, who has never won against the dominant American.

The six-time Melbourne Park champion heaped more misery on her long-time rival 6-4, 6-1, with the Russian fifth seed stretching her demoralising winless run against the American great to 12 years.

With Sharapova again swatted aside, the 34-year-old world number one, gunning to match Steffi Graf’s Open-era Grand Slam record of 22 titles, now has the composed Pole in her sights.

The signs are not good for Radwanska, despite her convincing 6-1, 6-3 win over Spanish 10th seed Carla Suarez on Rod Laver Arena.

While her record against Williams is not yet on the scale of Sharapova, it is still dismal. They have played eight times since 2008 Agnieszka has lost the lot, taking just one set along the way.

Another ominous fact facing the Pole is that every time defending champion Williams has got past the quarter-finals at Melbourne Park, she has gone on to win the tournament.

Ahead of the Williams-Sharapova showdown, Radwanska, a semi-finalist last year, said she did not mind who she faced in the last-four clash on Thursday.

“I have nothing to lose and it does not matter who I play. Hopefully I can play my best tennis or I’ll be in trouble,” said the popular 26-year-old, who is on a 13-match win streak.

The Pole added that the experience she gained from making the Wimbledon final in 2012, along with three other major semis, would be crucial.

“Experience is very important in tennis. I’m happy to have that and I’ll be ready for the semi,” she said.

Her big-match experience pales in comparison to Williams who has won 21 Grand Slam titles, including six at Melbourne Park, and played in four other finals at the majors.

“She’s been playing really well towards the end of the year, and already this year she’s been very consistent,” Williams said of the Pole, a friend off court.

“She presents a completely different game, an extremely exciting game. So I think it will be a long match and it will be a good match to see where I am.”

On a scorching hot day, the sluggish Williams, at 34 the oldest world number one in WTA history, was slow to get going against Sharapova.

She was broken on her opening serve but soon got on the scoreboard as her power serve found its range and her game started coming together.

It was a typically tight first set against her long-time rival but she finally came through after a brutal 55 minutes.

Williams, who only lost three matches in 56 last season, called the trainer out at the changeover, revealing later she had some “food poisoning issues”, but she soldiered on and took control with an early break in the second set.

The Russian began wilting and Williams, who won three major titles last year, to go within one of Graf’s record of 22, kept her foot to the floor and turned the contest into a rout.

It meant the five-time Grand Slam winner’s demoralising jinx against Williams remains intact, dating back to 2004 when she last beat her in the Wimbledon final.

Despite yet another defeat, Sharapova tried to take away some positives.

“It’s motivating because she’s at a different level. She makes you go back to the drawing board, not just for me, but for many other players,” she said.