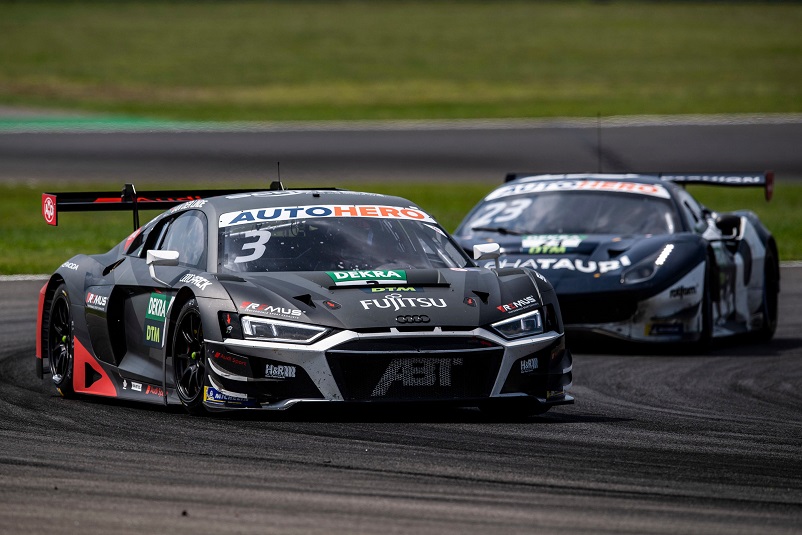 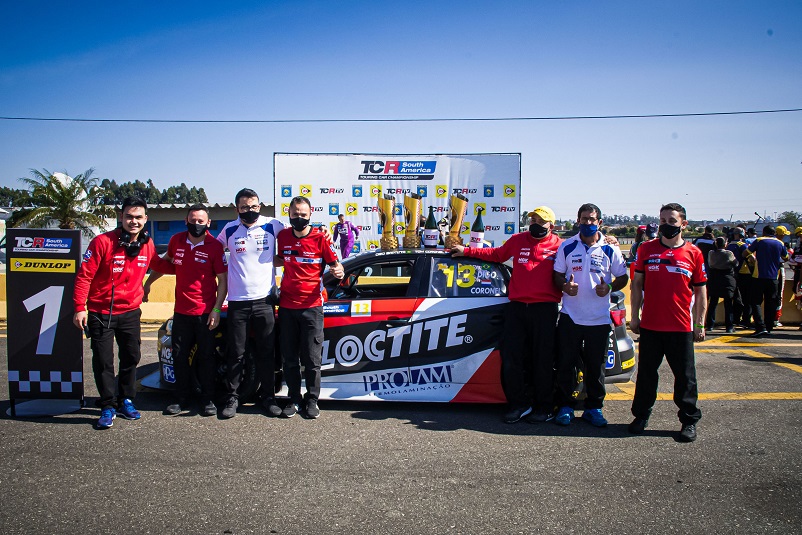 With seven victories in eight races, the Audi R8 LMS GT2 remains the benchmark in the GT2 European Series. Before the finale, it is clear that the title winners will be driving Audi cars in the debut season of this new racing series. In the DTM, Kelvin van der Linde maintained his championship lead with a cool head, while the Audi RS 3 LMS won for the first time in TCR South America and clinched eight more trophies worldwide.

Excitement in the European title fight: Before the finale of the GT2 European Series at the beginning of October it is certain that the first Pro-Am title in the new racing series will go to a privateer team with an Audi R8 LMS GT2. On the other hand, it remains completely open after the fourth event at Spa whether the High Class Racing team can maintain its lead as the front runner or whether PK Carsport can still turn the tide.

At its home race in Spa, the Belgian chasing team took a big step forward. Peter Guelinckx and Bert Longin celebrated their second consecutive victory with PK Carsport on the seven-kilometer Ardennes circuit. Mark Patterson and Anders Fjordbach from the High Class Racing team missed qualifying after an accident in free practice.

Patterson started the first race from the back of the field for High Class Racing, while Guelinckx held second place in the early stages. After the driver change, Longin stayed second through a long yellow period, overtook the car in front of him at the La Source turn on the restart and ended up winning by three-tenths of a second. Opponent Mark Patterson improved to sixth place in the first half of the race.

But after Anders Fjordbach took over the cockpit, he had to line up directly behind the safety car on the exit from the pit lane. A puncture subsequently forced the team to make another pit stop, dropping the High Class Audi back to tenth place. In the second race, Patterson/Fjordbach scored fifth place while PK Carsport finished seventh. As a result, the lead of Patterson/Fjordbach in first position has almost halved from 26 to 14 points. 50 points are still up for grabs at Le Castellet on October 3. The Audi R8 LMS GT2 has now won seven of the first eight races of the GT2 European Series.

Championship lead defended: Kelvin van der Linde remains the front runner in the DTM after the second race weekend. At the Lausitzring, the South African had 25 kilograms of additional weight on board his Audi R8 LMS for regulatory reasons after his victory at Monza. This put him at a clear disadvantage and, after starting from the front row, he dropped back to fourth position in the course of the first race.

In contrast, his ABT Sportsline teammate Mike Rockenfeller celebrated his first podium result of the current season in third place. In the second race, van der Linde was on course for victory when he ran out of power on the 27th of 33 laps. With the presence of mind, the South African reset the electronics at over 200 km/h, then restarted the engine, lost only two positions and crossed the finish line still in third place, 5.2 seconds behind.

As a result, the 25-year-old professional driver maintained a four-point lead over Ferrari driver Liam Lawson as the leader of the standings. ABT Sportsline is second in the team standings, one point behind.

Spectacular victory in South America: At the second event of the TCR South America, Audi customer team Cobra Racing achieved a remarkable success with its first win of the season in Curitiba. Initially, an electronic fault threw the team back to last place in qualifying. With the help of a remote diagnosis by Audi Sport customer racing in Germany, Nonô Figueiredo’s team fixed the problem.

Regular driver Rodrigo Baptista was the starting driver for the one-hour endurance race in the Audi RS 3 LMS. He shared the cockpit with guest entrant Tom Coronel from Europe. Accidents, penalties and punctures of many competitors characterized the turbulent action. Baptista improved to third place before handing over his car to his Dutch teammate. Coronel engaged in a battle with Honda driver Raphael Reis in the second half of the race, who made a mistake with two laps to go.

Tom Coronel took advantage of the situation, overtook the man in front of him and in the end won by just under five seconds. Rodrigo Baptista has thus moved to within seven points of leader Pepe Oriola in the standings.

Bartos Groszek completed the Audi customers’ 1-2 success in second place, just under four tenths behind. The Pole had started the race in third place for the Hornak-Aditis team and already overtook the man in front of him, Carol Wittke, at the start. In the second sprint, Groszek again finished second and was the best of four Audi privateers in the field.

Three podium results in Japan: At the third round of TCR Japan, two Audi customer teams returned from Sugo with a total of three trophies. In the first sprint, Audi Team Mars was the best of three teams fielding an RS 3 LMS. Masanobu Kato finished fourth and moved up one position after a competitor was disqualified.

In the second race, Takuro Shinohara made a spirited recovery after a weak start. Last year’s champion ultimately finished third for Audi Team Hitotsuyama. In the third race Shinohara lost a position at the start which he immediately recovered. After 17 laps he crossed the finish line in second place. 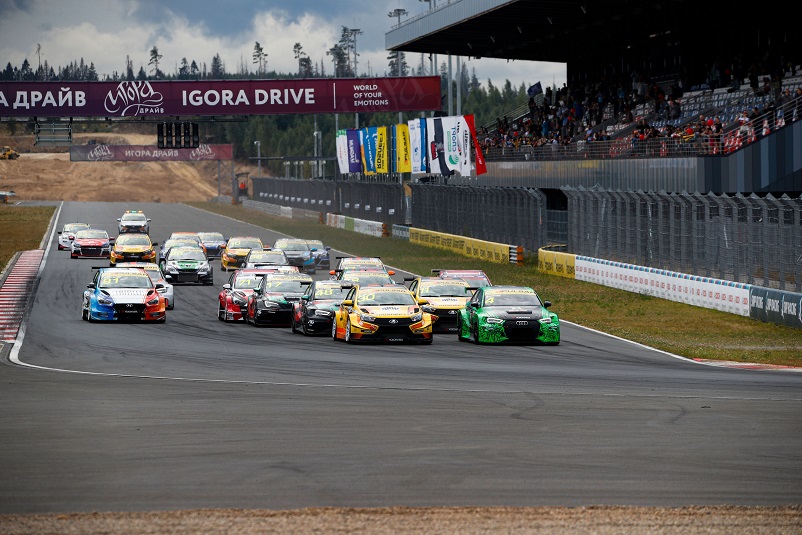 Two second places in Russia: Dmitry Bragin was the best of five Audi privateer drivers on the third race weekend of the TCR Russia. At the beginning of the first race on the Igora Drive circuit, the Russian fought for the lead in the Audi RS 3 LMS. In the end, he had to admit defeat to Mikhail Mityaev by 1.2 seconds.

At the start of the second sprint, the Audi driver from Team Taif Motorsport improved from fourth to third place. On the second lap, Bragin pushed past Egor Fokin in a fierce duel. In the end, Bragin put pressure on leader Kirill Ladygin, but lost time while lapping slower opponents. Second place earned him 20 championship points, so Bragin moved up from fourth to second in the standings.

Podium results in club racing: Vivien Schöllhorn gained further experience with the Audi R8 LMS GT4 at the third round of the P9 Challenge. At the Hockenheimring, the junior driver, who is a regular participant in the Audi Sport Seyffarth R8 LMS Cup, finished both sprint races with Team Seyffarth Motorsport in third place in her class.