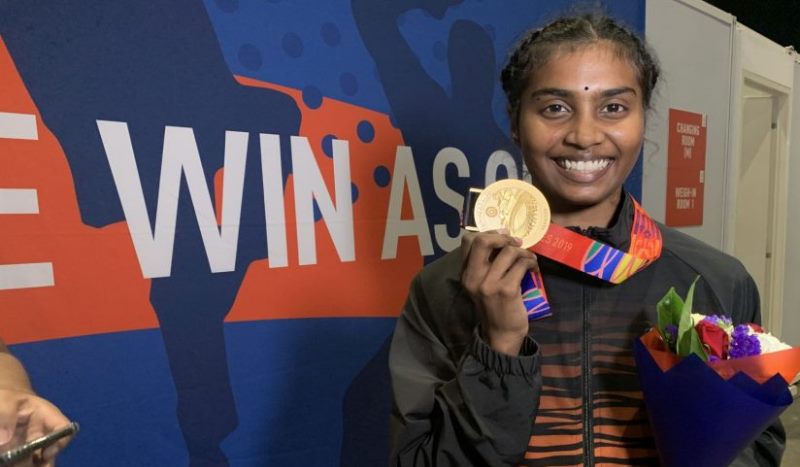 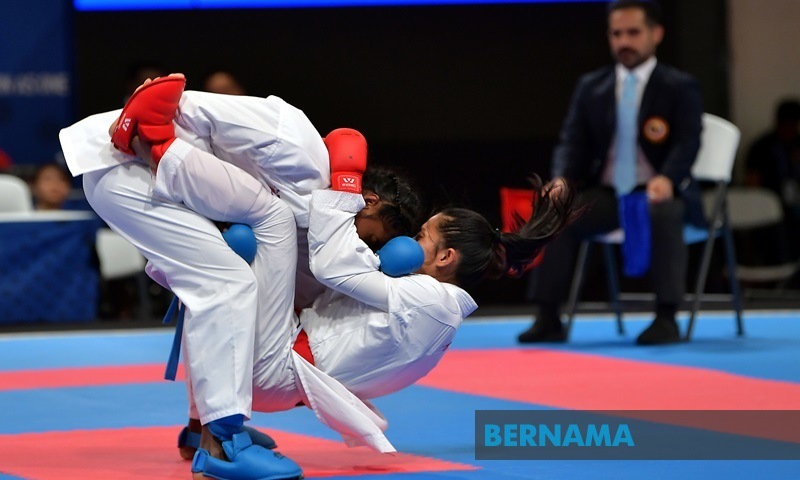 Not many know that former international Syakilla Salni Jefry Krishnan was the “inspiration” in P. Madhuri’s gold medal at the World Trade Center in Manila – defeating Thailand’s Tippawan Khamsi 4-1 in the women’s kumite Under-50 category.
“Syakilla is my role model and inspiration to do well in the sport. She is my senior and my guiding force to do well in whatever tournaments I compete,” said Madhuri after her win on Sunday.
It is Malaysia’s second gold medal in Manila after S.Prem Kumar won the first in the men’s kumite (Under-55kg).
Sunday also saw Malaysia clinch three silvers – in the women’s kumite Under-61 through M. Mathivani, Muhammad Arif Afifuddin Malik (men’s Under-67 kg) and women’s team kata. – BY RIZAL ABDULLAH