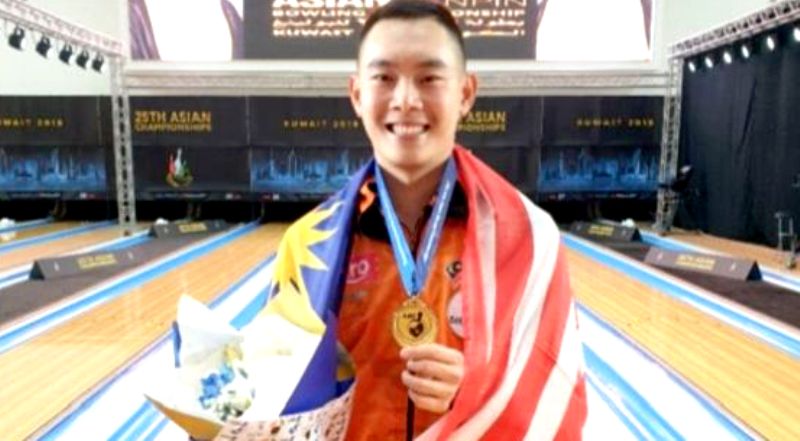 Reigning Asian champion Timmy Tan brought some cheer to the Malaysian bowling camp in the 30th SEA Games in the Philippines on Tuesday to make up for the disappointment when the women keglers failed to get a podium finish a day earlier.
Timmy, the reigning Asian champion checked his erratic game to clinch the men’s singles gold with 1,334 pinfalls at the EDSA Starmall Bowling Centre in Manila – defeating his Thai rival Annop Arronsarnon, by only three pins.
With the win, the men’s singles gold remained with Malaysia after Rafiq Ismail won it in Singapore in 2015 and in Kuala Lumpur in 2017.
The bronze medal went to Singapore’s Cheah Tay Han with a 1,316 total.
It is Timmy’s third gold in the biennial Games after winning a double in Singapore in 2015.
“I had the gut feeling that I will win a medal in Manila but was not sure of the color,” said Timmy of his success. – BY RIZAL ABDULLAH