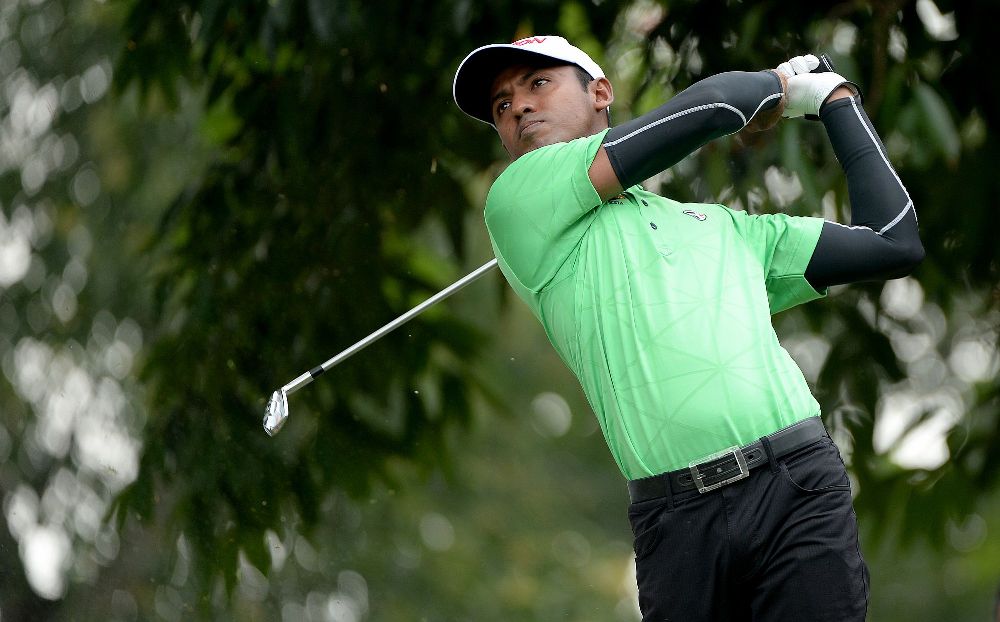 The slender Malaysian nailed his first eagle from three feet on the fifth hole before brilliantly chipping in at the next hole to stay within touching distance of leader and playing partner Anirban Lahiri of India at the RM1.3 million (approximately US$410,000) Asian Tour event.

“Happy to shoot two eagles, which was unbelievable. On the fifth, I hit an eight iron to about three feet and then I chipped it in on the next hole from the edge of the green. But on seven, I made a double. I was thinking of trying for my third eagle!” said Shaaban.

“I could have played better as my putting didn’t work for me. On four holes, I missed five foot putts for par. And then I missed a short birdie putt on 18 as well. But I’m still happy that I put in a good score.”

Playing on his home course, Shaaban was delighted to play his way back into contention following his close brush with the Selangor Masters title in the 2009 edition. He was in the penultimate group on the last day before settling for tied 11th place.

“Playing on my home course is an advantage. I didn’t hit it too good today but wherever I missed it, I knew how to try to get it up and down for pars. I know where to put the ball on the green to have an easier putt. But sometimes, it doesn’t work but it’s okay,” he explained.

Sukree Othman and Md Iylia Jamil were the next best Malaysians after shooting 70s for tied 21st place, followed by Khor Kheng Hwai who was level par for the round. Former Selangor Masters champion Ben Leong fought to a 72 while Nicholas Fung carded a 73. Danny Chia returned a 74 and faces a tough challenge to make the weekend cut.