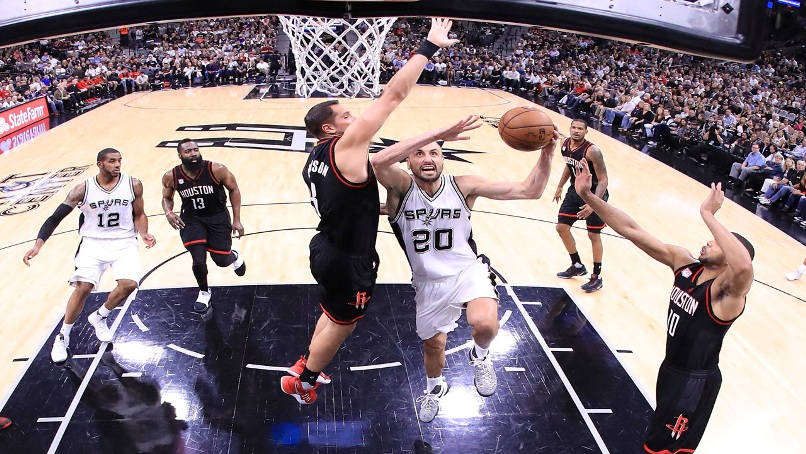 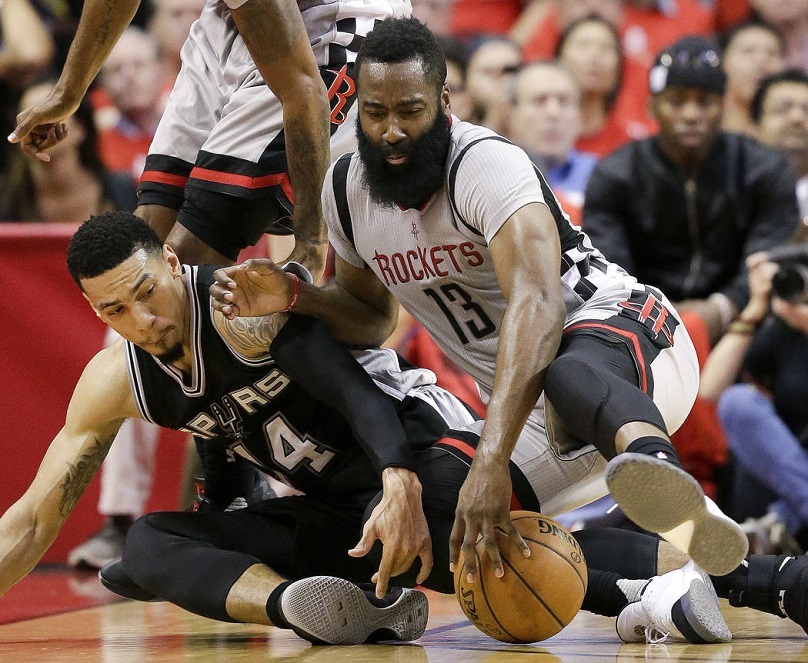 LaMarcus Aldridge paced the offense by scoring 34 points for the short-handed Spurs, who routed the Rockets despite the absence of top scorer Kawhi Leonard and star guard Tony Parker.

“Everybody picked it up. It wasn’t one guy scoring 40 points,” said Spurs coach Gregg Popovich. “They played well at the offensive end with a lot of sense and defensively it was one of our best nights.”

San Antonio won the second-round series in six games and punched their ticket to the Western Conference playoff finals against the Golden State Warriors, which kicks off on Sunday.

Harden’s baffling performance in front of a Houston crowd of 18,050 at the Toyota Center arena was almost as big a stunner as the Spurs’ winning a NBA playoff elimination contest by a whopping 39 points. The Rockets 75 points was second-lowest in a game during the Harden era.

And the Spurs didn’t need Parker (torn left quadriceps) or Leonard (sore left ankle) to do it.

Pau Gasol tallied 10 points with 11 rebounds for San Antonio, which trailed 5-4 in the first quarter before coasting to the win.

“They feel as bad as I do. It is going to hurt and linger,” said Rockets coach Mike D’Antoni.

Harden was a non-factor Thursday after finishing second in scoring during the season at 29.1 points per game. He did not attempt a shot until the 6:19 mark of the second quarter.

Harden accepted some of the blame for the loss.

“I just didn’t have rhythm,” Harden said. “I was making passes and we didn’t knock down shots.

“It falls on my shoulders. It is tough, especially the way we lost at home.”

By halftime Harden had as many points as turnovers (five each), and just two field-goal attempts at the intermission.

Harden finished with 10 points on two-of-11 shooting with seven assists and six turnovers. Trevor Ariza paced Houston with 20 points, and Clint Capela had 15 points and 12 boards.

Asked if Harden was injured, D’Antoni said, “He’s been battling that cold, but nothing I know of. I don’t want to litigate what just happened.”

Leonard hopes to return to action Sunday for game one of the NBA semi-final series.

The other NBA semi-final features the Cleveland Cavaliers against either the Boston Celtics or the Washington Wizards.

The Celtics lead their second round series 3-2 and can close it out with a win Friday in Washington. – Agence France-Presse