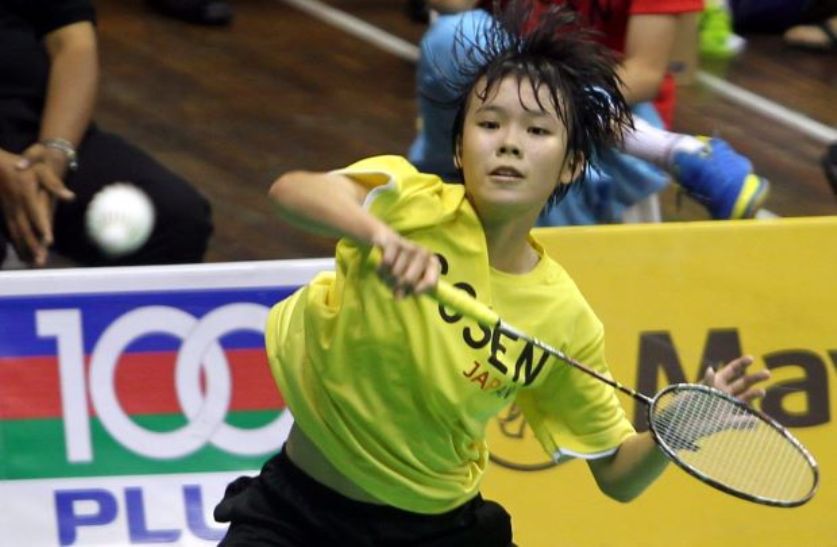 At the age of 14 she became the youngest ever player to win the women’s singles gold medal in last year’s National Games (Sukma) held in June in Perlis last year and at the age of 15 added another feather in her cap when she won the Kuala Lumpur Open in February this year.

Her name is Goh Jin Wei and Badminton Association of Malaysia (BAM) technical director, who has taken on the added responsibilities as the head coach, certainly has faith in the Penangite who has been picked for the team to the 28th SEA Games in Singapore from June 5-16.

Surprised? The answer is a big NOPE.

Jin Wei has been knocking on the doors – just like she has been doing on courts – scalping some of seniors names in her quest for badminton glory.

In the Sukma final in Kangar, Jin Wei defeated Uber Cupper Yang Li Lian of Selangor 20-22, 22-20, 21-15 in the final in Kangar – that achievement came after reaching the quarter-finals in the World Junior Championships in Alor Star. Jin Wei lost to Japan’s Aya Ohori for a place in the semi-finals.

Former World No 1 and Malaysia’s top singles player Datuk Lee Chong Wei has hailed her a “future badminton star” whose exploits on the court augurs well for Malaysian badminton and so does Frost. The Dane has tentatively earmarked Jin Wei for the individual events.

It did not stop at that for Jin Wei. She also walked away with the German Youth Open title in March.

“The Olympics is my target. I have a set myself a strict discipline to achieve my aim of playing in the Olympics,” says Jin Wei who took up the racquet game at the tender age of seven.

Competing in the SEA Games is a giant step forward for Jin Wei who goes the extra mile and works hard for any tournament apart from being a strict disciplinarian on the court.

A plus factor for the 15-year-old is the “overwhelming support” she gets from her parents and willingness to listen to the coaches, knowing that there is no short cut to success.

The badminton world is certain to hear a lot more of the Malaysia’s new found badminton “darling” and the SEA Games could just about take Jin Wei’s badminton career to new heights.