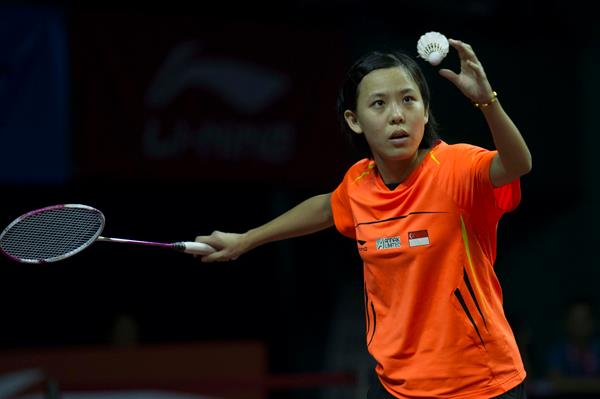 Singapore collected their first point through their No 1 men’s singles player Derek Wong.. However, the Commonwealth Games silver medallist was forced to come from a set down for his 13-21, 21-11, 21-9 win over Antonio Benyamin Gadi in a 39 minute encounter.

China-born Chen Jiayuan, ranked No 58 in the world, gave Singapore their second point with a 21-12, 21-10 win over Airah Mae Nicole Aldo in 21 minutes before Hendra Wijaya-Loh Kean Hean made it 3-0 with a surprise 22-20, 23-21 over World No 74 Paul Jeffersen Vivas-Peter Gabriel Magnaye in a closely fought match. The Filipinos won this year’s Swiss Open.

A 21-17, 21-17 win over Ronel Estanislao-Joella Geva De Vera by Tan Wei Han-Terry Hee Yong Kai gave Singapore a 4-0 win which will stand in good stead for Saturday’s match against Europe.

“We have played the Russians four times and this is the third time we have beaten them. The Russians are a tough nut and beating them again is a booster for us in the coming matches,” said Maneepong.

Vietnam versus Asia
(Both matches at 12 noon, local time)

Philippines versus Thailand
(Both matches at 6pm)