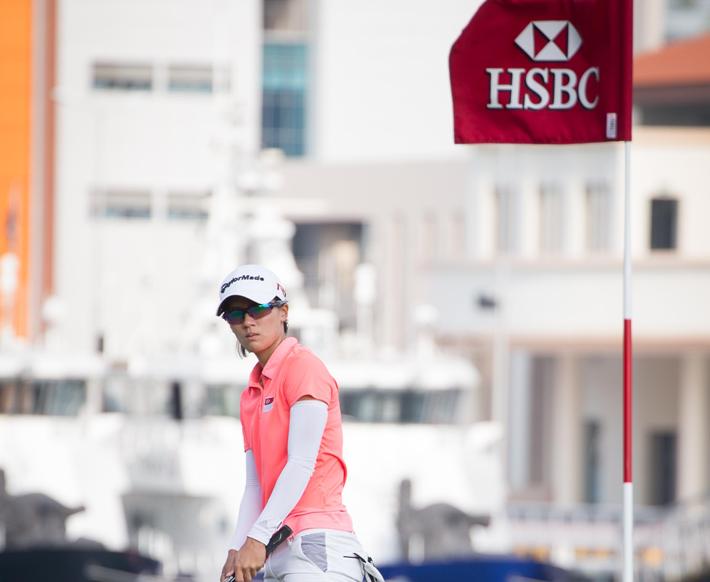 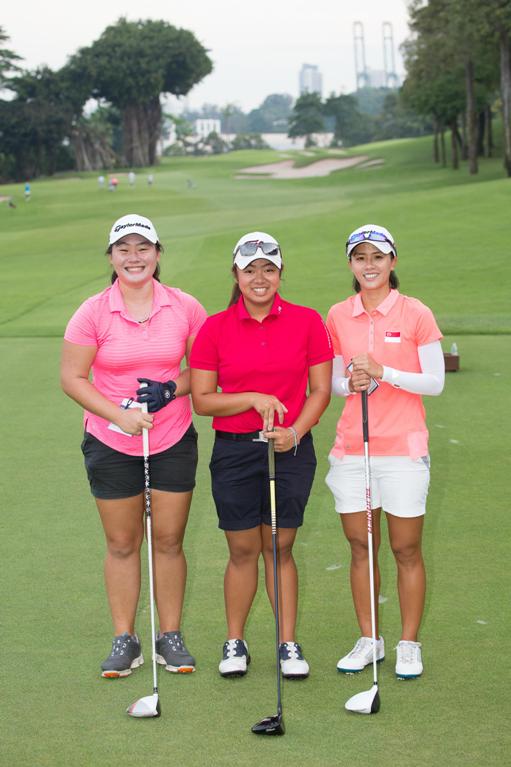 Koh Sock Hwee will head into the second and final round of the host country qualifying tournament for the HSBC Women’s Champions 2016 with a four-shot lead after carding a solid total 74 on the par-72 Serapong Course at Sentosa Golf Club yesterday.

Under sunny skies and warm conditions, the 26-year-old from Woodlands strung together a consistent round that included three birdies to put herself in prime position to represent Singapore at the HSBC Women’s Champions for the third time, having won the qualifying tournament in 2012 and last year.

Koh said:“I was very relaxed and felt no pressure today. I am happy with my round and hope this is what I can do tomorrowtoo. I tend to give myself a lot of pressure so the most important thing for me is to focus on my own game, stick to the game plan and just enjoy myself. To get the opportunity to play at the HSBC Women’s Champions again would be a perfect ending to a great week. This is the reason why we are all playing this week – to try and get that spot, and it feels good to be in this position right now.”

Amanda, the winner of the 2014 qualifying tournament, is lying in second after a round of 78, securing birdies on the 6th, 12th and 18th. The 16-year-old has matured since her appearance at the HSBC Women’s Champions two years ago and is relishing the chance to rub shoulders with the best golfers in the world once again but feels she must improve tomorrow to overtake Koh.

The West Coast resident said: “Overall I feel I did not meet my expectations today. There were some shots that I had trouble with and would have preferred a better start. But I am still learning and looking forward to tomorrow. The greens are rolling really nicely and I will have fun out there tomorrow, play the course and enjoy it all. I will be extremely happy if I come out on top tomorrow and can have the chance to participate at HSBC Women’s Champions again.”

Sentosa Golf Club will once again play host to the HSBC Women’s Champions in 2016. World number one Lydia Ko, defending champion and world number two Inbee Park, as well as the 2014 champion Paula Creamer, have all confirmed to return to Singapore for the 3 – 6 March tournament. The ninth edition of the tournament will see its total prize purse increased to US$1.5 million.