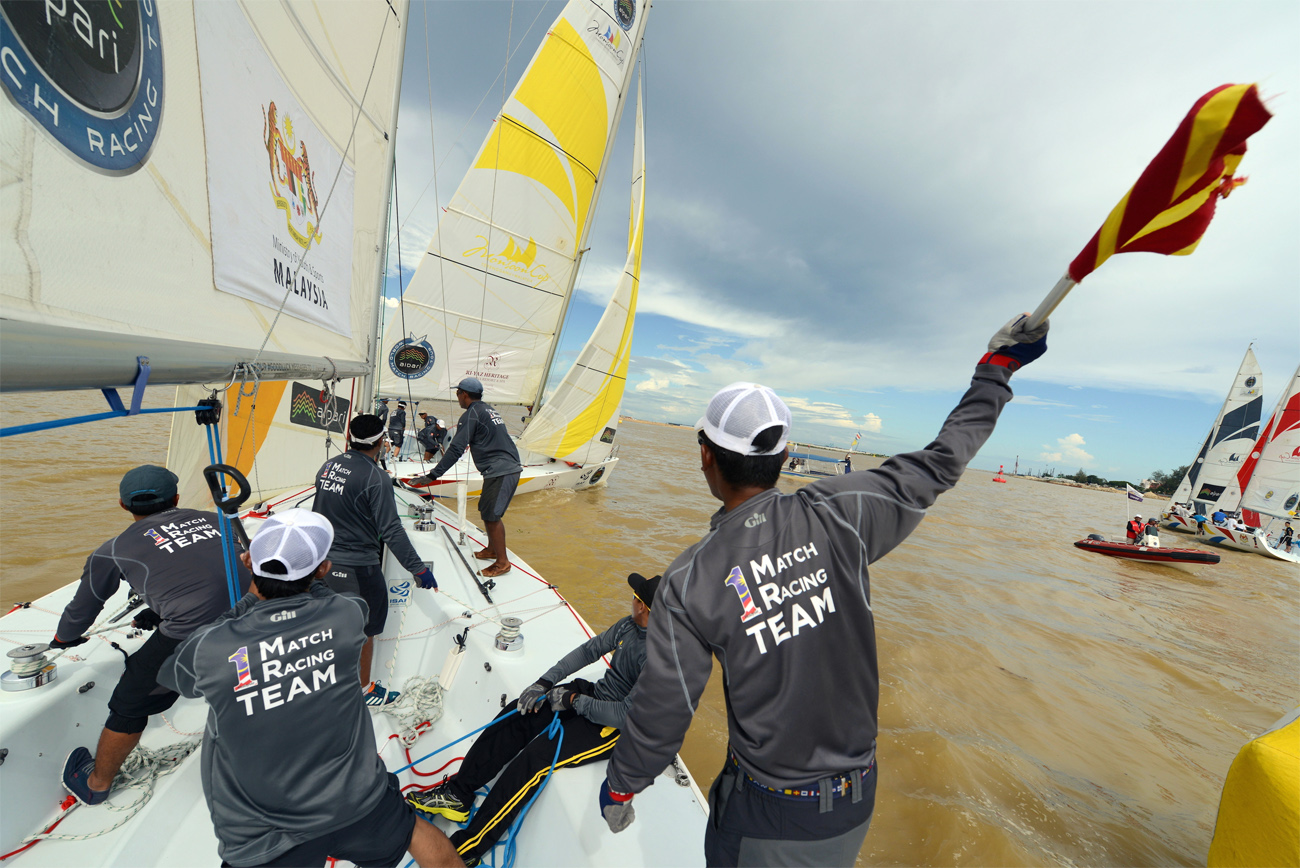 KUALA TERENGGANU – Asian champion Maximilian Soh managed to stop Sam Gilmour’s dominance on the waters of Pulau Duyong with a superb win against the Australian to secure second position after six flights of the second round-robin stage of Monsoon Cup Terengganu.

Basking in the sunny weather at Ri-Yaz Heritage Marina Resort & Spa, the skipper of Team Red Dot was all smiles at the end of the third day of sailing and is hoping to continue his rhythm going into the knockout rounds tomorrow.

“I’m happy to win against Sam (Gilmour) and hopefully we could keep this momentum tomorrow,” Soh said.

His only loss in the tournament so far only strengthened Gilmour’s resolve to win with Neptune Racing here in Pulau Duyong for the final wildcard to Monsoon Cup Malaysia in February next year.

“It was good to lose that race (against Soh) because it shows that we’re not invincible, we are still improving and need to stay focused for tomorrow,” Gilmour commented.

Slipping to third place was Matthew Jerwood and Redline Racing as they won four races while Frenchman Arthur Herreman of Match The World dropped to fourth with three wins and three losses.

Malaysian Hazwan Hazim Dermawan also recorded three wins including against compatriot Jeremy Koo and his Sime Darby Foundation / 1Malaysia Match Racing Team to end the day in fifth place while Koo was placed sixth. Looking at the total points accumulated, it may be unlikely for Koo to qualify for the semi-final round.

“This is a learning curve for us, we just need to focus and hopefully tomorrow we are able to beat Max (Soh), that would be good,” Koo, who had already obtained his slot at the Monsoon Cup Malaysia, said.

“There will be a stronger challenge in February so we are using this tournament as our learning ground,” Koo added.

Morten Jakobsen of EM Thailand and DC Racing skipper David Chapman completed the standings in seventh and eighth respectively, each only notching a win for the day

The seventh flight of the second round-robin stage will resume tomorrow morning followed by the semi-final and final races.