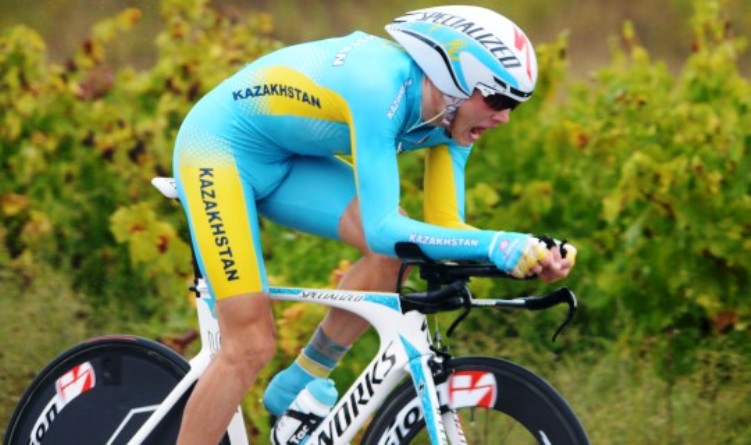 Kazakh cycling team Astana’s participation in next year’s WorldTour was further compromised on Wednesday when the International Cycling Union  (UCI) announced a fourth rider in two months had tested positive for a banned substance.

Victor Okishev, who rides for Astana’s reserve team, failed a test for steroids during the Asian championships last May and has been suspended.

He is the second member of the Astana reserve team  to be suspended after Ilya Davidenok was banned last month for testing positive for steroids during the Tour de l’Avenir in August.

Earlier in October, brothers Maxim and Valentin Iglinskiy tested positive for EPO and after Davidenok was suspended the (UCI) said it had asked its licence commission to undertake a full review of the management and anti-doping policies of the Astana team.

The Kazakhstan-based team of 2014 Tour de France champion Vincenzo Nibali has already been granted a licence for 2015.

But it could lose this licence or have conditions attached to it.

The Astana team is run by controversial former rider Alexandre Vinokourov, who was banned for blood doping in 2007-2009.

The team appeared at a UCI hearing in Geneva on November 6 and a decision on its future next season is expected in the next two weeks. – Agence France-Presse