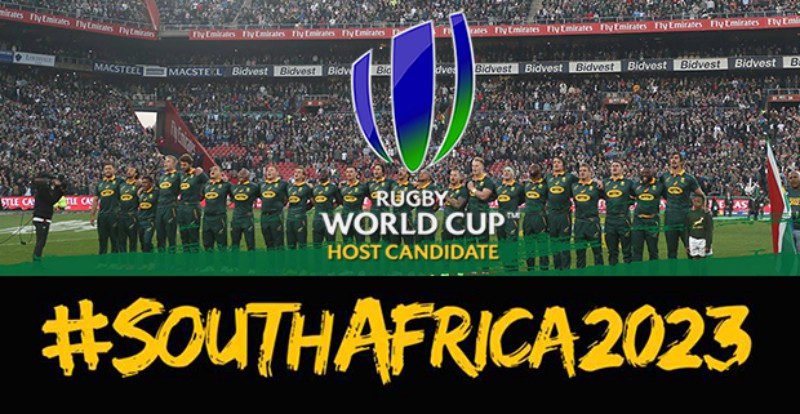 The fog of war that has afflicted the race to host the 2023 Rugby World Cup will lift on Wednesday and is expected to reveal South Africa as outright victor to stage the quadrennial showpiece.

Two weeks ago the Rugby World Cup board released a report placing South Africa first across a range of criteria on which the candidates were assessed, ranging from stadiums to financial assurances

France, second, and Ireland, third, came out swinging in response to the report and have been as combative as their players on the pitch, slamming the findings that placed South Africa in the driving seat.

Had they been on the field of play — where rugby players distinguish themselves from footballers for their polite acceptance of the referee’s decision — the Irish and French would have earned at least a sin-binning.

World Rugby replied with clarifications but it is now up to the 39 votes on its Council to decide whether they accept the unanimous decision of the Rugby World Cup board to award South Africa the hosting rights for the second time.

South Africa hosted the iconic 1995 edition — which saw the first black president of the country, Nelson Mandela, adorned in a Springbok jersey, then seen as one of the pillars of white apartheid rule — handing the trophy to white South Africa captain Francois Pienaar.

South Africa vice-president Cyril Ramaphosa, one of the architects of the relatively peaceful transition from apartheid, said a 2023 World Cup in the country would serve as affirmation of much of what the late Mandela stood for.

“In 1995 it was an almost-white team,” said Ramaphosa when he added his sizeable political weight to the final presentation in September.

“In 2023 it will be a diverse rugby team and prove to the world what Nelson Mandela said, that rugby is a great unifier.

“It will be played out in reality that a country coming from a sad past, we will have achieved Nelson Mandela’s dream of a true rainbow nation.”

The Irish too have invested a huge amount of political capital into the bid with Prime Minister Leo Varadkar leading the bid presentation and securing the support of his British counterpart Theresa May — plus the cross border support of all the Northern Irish parties.

The Irish, probably for the first time in bid history,  cited Albert Einstein in their letter seeking clarification about the disappointing assessment of their bid.

Philip Browne, the dynamic CEO of the Irish Rugby Football Union (IRFU), admitted in an interview with AFP last Friday that not even the great man could help reconcile World Rugby’s vision of the tournament with Ireland’s views.

“In our letter (seeking clarification), we had a great saying by Albert Einstein and here I paraphrase him: ‘There are a lot of things that can be counted which don’t actually count and there are lots of things that count that can’t be counted’,” he said.

“In some respect that comes down to our vision and what we are offering.

“A World Cup in Ireland would be a particular World Cup, something which fans round the world would have enjoyed.

“But apparently that wasn’t part of the overall vision World Rugby had for it.”

The French would deliver the most money for the sportbut their bid has been bedevilled by internal political problems surrounding federation president Bernard Laporte and also their decision to fly over the young sons of the late All Blacks legend Jonah Lomu for the final presentation that backfired spectacularly.

The irrepressible Laporte — who guided France to two successive World Cup semi-finals and subsequently served as a minister under President Nicolas Sarkozy — has not minced his words in his response to the assessment on a whole range of topics from security to doping to hotels.

“We are not rated as well over doping because they tell us that we are too strict! On security, we have the same number of points even though there are 52 murders a day in South Africa,” Laporte told AFP earlier this month.