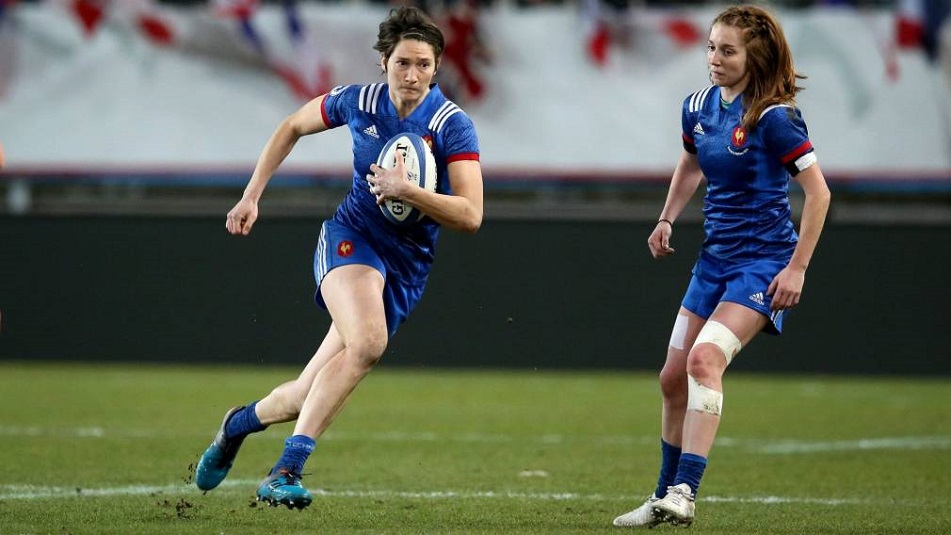 France take on England on matchday three at 20:00 NZT in Whangārei

World Rugby and hosts New Zealand Rugby have announced the match schedule for Rugby World Cup 2021, playing in 2022. The schedule supports the ambition of an accessible event that will set new attendance and fan-engagement records, taking the sport to new audiences worldwide when it kicks off on 8 October 2022.

The match schedule will deliver more for fans than ever before with all matches taking place across bumper weekends of action, resulting in no overlapping of matches and maximising opportunities to attend the first event to be hosted in Oceania.

The tantalising match schedule has also been optimised for broadcast audiences worldwide, meaning fans will not miss a moment from a feast of weekend action.

The pool phase will be played on the weekends of 8-9, 15-16 and 22-23 October, 2022 at Eden Park and Waitakere Stadium in Auckland and Northlands Events Centre in Whangārei.

The opening match day on Saturday, 8 October will be held in the iconic Eden Park with South Africa versus France confirmed as the new tournament opener at 14:15 NZT, followed by the other Pool C match, England versus Fiji, who are set to make their Rugby World Cup debut at 16:45 NZT. All eyes will then be on hosts and reigning champions New Zealand when they take on Australia at 19:15 NZT in primetime evening position, with organisers hoping to set a new attendance record.

The following day will be hosted at Northlands Events Centre in Whangārei and will see USA taking on the Europe 1 qualifier at 12:45 local time, followed by Canada versus the Asia 1 qualifier at 15:15 NZT with the day closed out as Wales face the Final Qualification Tournament winner at 17:45 NZT.

With France set to take on England on match-day three at 20:00 NZT at Northlands Events Centre in Whangārei and USA billed to face Canada on match-day six at 15:15 NZT at Waitakere Stadium, the match schedule offers an array of mouth-watering fixtures throughout the pool phase.

The top two teams in each pool and the two best third-placed teams will progress to the quarter-finals.

Teams will be seeded one to eight based on the position they finished in their respective pools and most competition points scored, with the quarter finals seeing teams paired as follows: seed 1 v seed 8, seed 2 v seed 7, seed 3 v seed 6 and seed 4 v seed 5.

With the 12-team format requiring seeding of teams after the pool stages, the quarter final fixtures will be allocated into scheduled slots immediately following match day six. Should hosts New Zealand progress to the quarter-finals it is confirmed that the Black Ferns and their opponents will close out quarter-final day 1 at Northlands Events Centre.

The 44,000-capacity Eden Park will host the semi-finals on Saturday, 5 November and the bronze final and RWC 2021 final on Saturday, 12 November.

World Rugby RWC 2021 Tournament Director Alison Hughes said: “This is the moment when fans in New Zealand and around the world can start to plan their Rugby World Cup 2021, playing in 2022, experience.

“We have optimised the extended tournament window to enhance player’ and fan experience at Rugby World Cup 2021. Increased rest periods will further boost performance and welfare, while the programme of matches being played at weekends means that fans will not miss a minute of what promises to be an exceptional tournament.”

“I would like to thank New Zealand Rugby for their huge commitment to providing a platform that enables us to showcase the best of the best as they compete for the ultimate prize – to be crowned world champions, while providing an impactful catalyst to supercharge the growth of the women’s game worldwide.”

New Zealand RWC 2021 Tournament Director Michelle Hooper, said “We are hugely excited about the opportunity to share Aotearoa’s famous manaakitanga (hospitality) with the world, inviting all rugby fans to travel to our shores. Now the match schedule has been released, we can feel the excitement building, and can sense the wave of support as fans from all walks of life get behind the tournament. We have an incredible opening match day at Eden Park on Saturday October 8th, including Fiji’s first match at a women’s world cup against former champions England, and an exhilarating trans-tasman rivalry between old foes, New Zealand and Australia as the final match. We can’t wait to create an un-forgettable moment for women’s sport, filling Eden Park and striving to break the world record for women’s rugby world cup attendance on day one!”