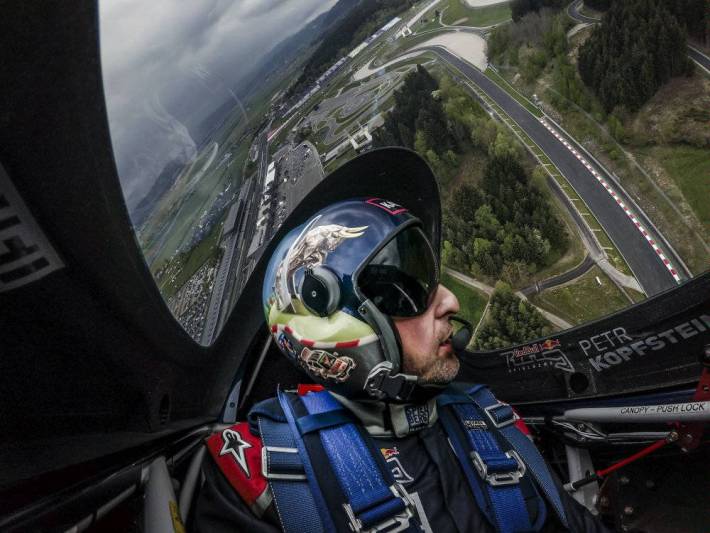 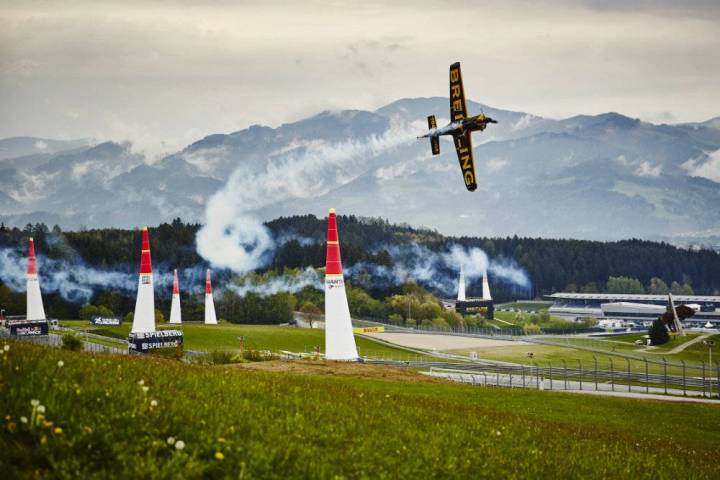 Spanish pilot Juan Velarde claimed his first Red Bull Air Race pole position in Spielberg, Austria on Saturday, with the pre-season favorites all queued up behind him. Can a newcomer in only his second year hold them off on Race Day Sunday?

Juan Velarde of Spain claimed his first Red Bull Air Race pole position in Spielberg, Austria on Saturday, and he did it in dominant style, with the only sub-55-second time of the week. Velarde’s 55.803 was nearly a half second ahead of Austria’s own Hannes Arch at 56.254, while Australia’s Matt Hall was third with 56.498.

It was a stunning result in a sport where results can hinge on one ten-thousandth of a second: While Velarde has been mixing it up in the top five across all of the week’s Free Practice sessions, the Spaniard is in only his second year of competition against the world’s best pilots and has never emerged from a Race Day higher than 10th.

Pre-season favorites Hall, Arch and the Czech Republic’s Martin Šonka all dropped substantially in the standings at the 2016 season opener in Abu Dhabi last month. They – along with other pilots who delivered strong Qualifying Day showings like Nigel Lamb (UK), Matthias Dolderer (GER) and Michael Goulian (USA) – will have Velarde in their sights at the race on Sunday.

“It’s amazing – we’ve been working so hard for a year and a half, and we’ve been analyzing data all week. I just followed the plan that we’d developed, and we are so happy,” said a beaming Velarde, who will face Slovenia’s Peter Podunšek in the Opening Round of 14 on Sunday. “The most important thing about this result is that we showed ourselves we can do it. We’ve been waiting a long time for this, and finally we are here.”

Due to adverse weather conditions at the race airport in Timmersdorf, race operations were not possible and Saturday’s Challenger Cup Qualifying was cancelled. With the forecast much improved for Race Day, however, events for both the Challenger Class and the Master Class will continue as scheduled on Sunday.

Join the action: Tickets for all stops of the 2016 Red Bull Air Race World Championship – including Race Day on Sunday in Spielberg – are on sale now. For more information on tickets and all the latest, visit www.redbullairrace.com