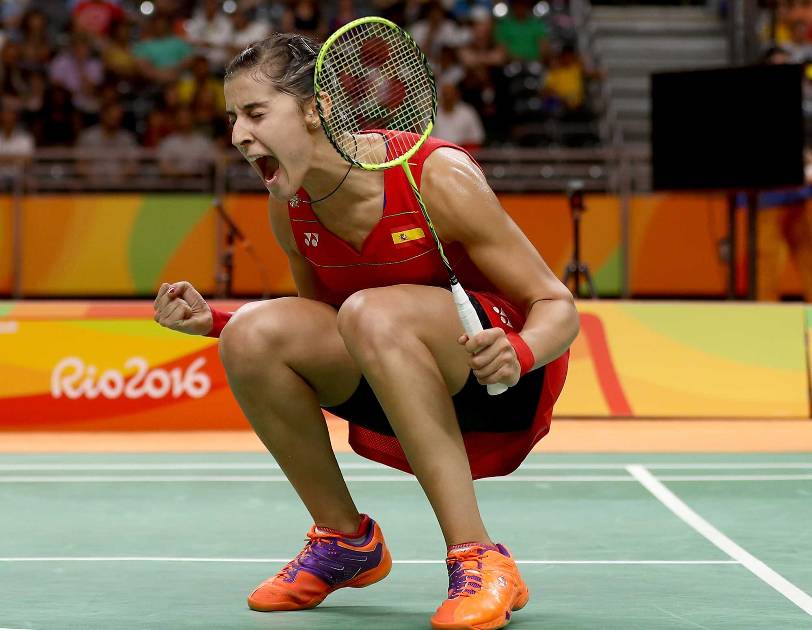 Spanish badminton world number one Carolina Marin took a major step towards a first Olympic gold medal on Thursday by beating defending champion Li Xuerui to progress to the final.

Marin’s defeat of Li piled further misery on China, who won a clean sweep of five badminton gold medals at London 2012, but can now only win two.

The 23-year-old Spaniard took the first game 21-14 and the second 21-16. She will play either Japan’s Nozomi Okuhara or Indian P. V. Sindhu in Friday’s showdown.

“I don’t know what’s going to happen in the final but I feel emotional because I have worked so hard for this and I want to collect the reward tomorrow,” said Marin.

China’s shuttlers have struggled in Brazil after a formidable showing four years ago.

The Asian giant missed out on Olympic women’s doubles badminton gold for the first time since the 1992 Barcelona Games when Tang Yuanting and Yu Yang lost in the semi-finals on Tuesday.

It was a second blow to China in the space of 24 hours after both their pairs lost in the semi-finals of the mixed doubles, which was was eventually won by Indonesia.

Their final shots at glory come in the men’s singles and men’s doubles.

“Our team is strong and we’ve tried our best to perform well but now it’s really competitive. Every team from around the world is strong and powerful,” said Li following her loss to Marin. – Agence France-Presse