Home International The Spirit of Le Mans Comes to Brussels 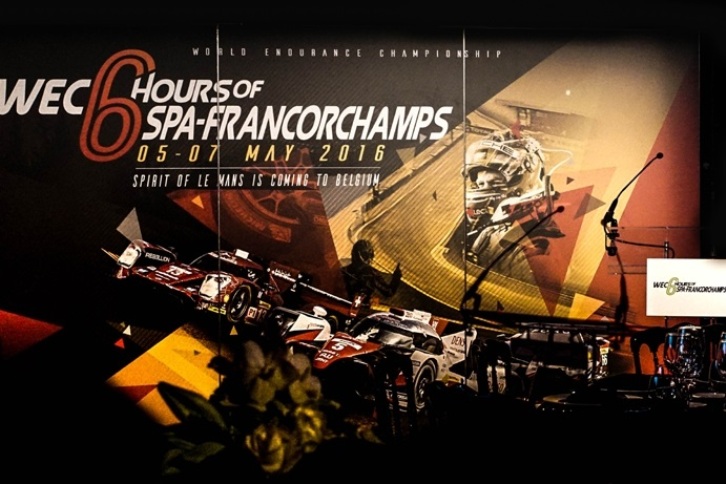 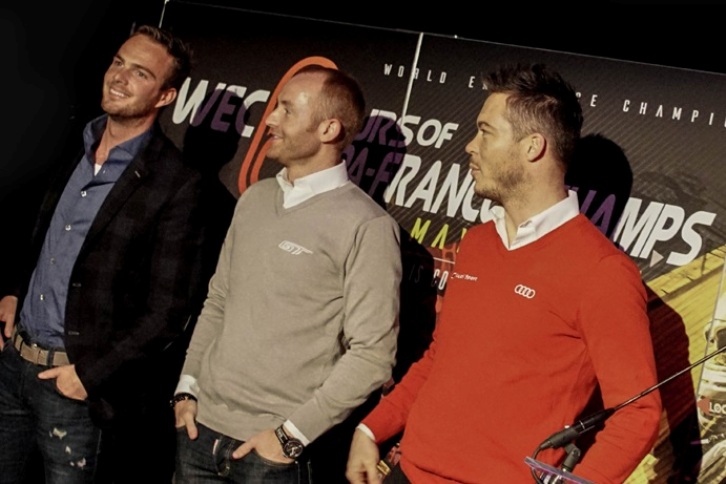 The FIA World Endurance Championship last night hosted Belgium’s leading motorsport media at a relaxed and convivial dinner in the centre of Brussels ahead of the fifth edition of the WEC 6 Hours of Spa-Francorchamps on Saturday, 7th May.

André Lotterer flew in from Japan to attend the dinner, and spoke entertainingly about the joy of racing in front of the many thousands of fans in the country in which he was raised.  The 2012 World Endurance Champion and three-time 24 Hours of Le Mans winner also spoke of the technological complexity of modern LMP1 cars:  “The team has worked extremely hard over the winter to develop the new Audi R18, and these are now enormously complex cars – both to develop and to operate.  We proved at Silverstone that we have made huge progress and have the potential to win, and we’ll all be working towards that aim again at Spa-Francorchamps, just like we did last year.”

Olivier Pla, representing the latest manufacturer, Ford, to join the WEC’s popular championship, came to Brussels from his home in Toulouse, France.  The quietly-spoken Frenchman said the team had been encouraged by the Ford GT’s WEC debut in the 2016 season-opener, and is relishing the racing:  “As soon as I heard about the programme I got in contact with Ford, and I’m very impressed with the strength and cohesion of the team that’s been put together in quite a short time.  The level of competition in the whole of the WEC is very, very high, and especially in LMGTE where anyone from Aston Martin, Ferrari, Ford or Porsche could win.  We know that success in this category and this series will be hard-fought and hard-won but that makes the prospect even better.”

Winner of the European Le Mans Series’ 4 Hours of Silverstone on his endurance racing debut, Giedo Van Der Gardeis completely converted to the joys of sports car racing, and to the great WEC family atmosphere.  Joining the dinner from his home in Amsterdam, the Dutchman is competing in the second and third rounds of the WEC (WEC 6 Hours of Spa-Francorchamps and 24 Hours of Le Mans) and expanded on his new adventure. “It’s a totally new experience for me, and I’m still learning but I think we had a good start!  I’m really enjoying the great atmosphere, everyone talks to each other, it’s friendly but still competitive, and of course I’m not far away now from my first 24-hour race.  To race at Spa is always magical, and I can’t wait to see how we measure up against the WEC competitors in LMP2.   The class has so much depth and talent it’s going to be an incredible battle.”

The WEC’s Gérard Neveu spoke of the rich palette of colours that are contained within the WEC, of its values of technology, sporting competition, team spirit and accessibility, and how important the WEC 6 Hours of Spa-Francorchamps is to the championship:  “I believe that endurance racing is like Spa – a mix of modernity and heritage – but one that welcomes everyone and offers something special for each person.  At our race weekend from 5-7 May, you will find an extraordinary level of competition in all classes, including a new generation of young drivers who are now looking at sports cars as a first choice for a long-term career.

“You will find not only the most technologically advanced cars on the grid, but also an amazingly strong field of talented teams and drivers ready to entertain you.  There is a big range of family-friendly entertainment, the TCR Series and Porsche GT3 Cup Benelux on track as well as the WEC, and an extended pit walk and open paddocks to allow fans to meet and see their heroes.  This is truly the Spirit of Le Mans.”