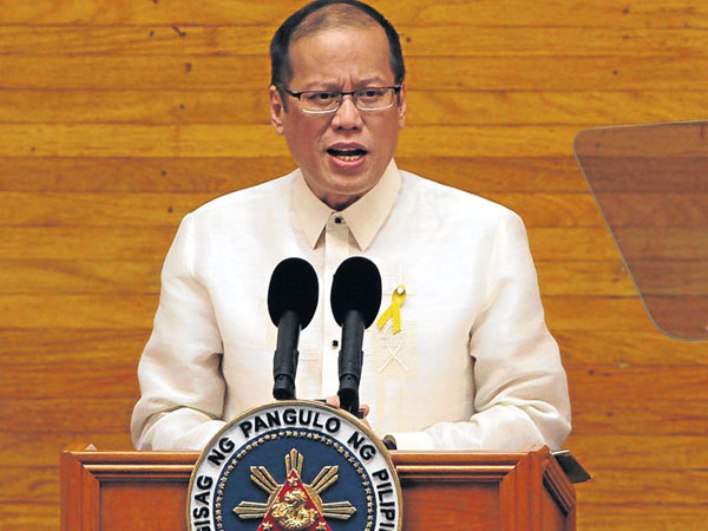 Philippine boxing legend Manny Pacquiao expressed shock Thursday at President Benigno Aquino’s claim that Islamic militants planned to kidnap him, and said the alleged plot should not have been made public.

Aquino released a statement on Wednesday stating the Abu Sayyaf, a notorious kidnap-for-ransom gang that beheaded a Canadian hostage this week, had planned to abduct Pacquiao or his children.

“I was alarmed when he announced… the Abu Sayyaf wanted to kidnap me. I’m surprised because all Filipinos are my friends. I love them, especially the Muslims,” Pacquiao said at his residence in Manila.

Pacquiao said he had responded to Aquino’s statement by taking unspecified security measures to secure his wife and five children, who are in his hometown of General Santos.

“We asked for security, protection for my kids, my family to make sure they are safe, especially as I’m not there right now,” Pacquiao said.

General Santos is part of the conflict-wracked southern Philippine region of Mindanao, where an array of Islamic militant groups are based and a separatist insurgency has claimed tens of thousands of lives.

The Abu Sayyaf’s main stronghold islands are about 400 kilometres (250 miles) away from General Santos.

Pacquiao was on Wednesday in Manila, more than 1,000 kilometres to the north of General Santos, as part of his campaign to win a Senate seat in next month’s national elections.

Pacquiao said he was bewildered by Aquino’s statement, having not been informed personally before the president went public with the alleged plot.

“If it came from an intelligence report, it should have been kept secret and need not be announced. And why just now? We have to study this,” said Pacquiao, whose unprecedented eight world titles have made him one of the Philippines’ richest men.

Aquino released the statement after the severed head of Canadian John Ridsdel was dumped Monday on Jolo island, a stronghold of the Abu Sayyaf.

The Abu Sayyaf, whose leaders have declared allegiance to the Islamic State group, are believed to be holding more than 20 other foreigners captive.

Aside from Pacquiao, Aquino said the Abu Sayyaf had planned to kidnap the president’s sister, a popular television personality, as part of an effort to gain IS favour and funding.

Aquino also said the militants had threatened to kill him, while stating the threats had been extinguished.

Pacquiao said he was surprised that Islamic militants would target him, citing his good relations with Muslims in the southern Philippines.

“In fact, we support them. We give them livelihood so I don’t know where that came from,” he said.

Pacquiao, an evangelical Christian, said he was not worried about his own safety and that he would continue hitting the campaign trail where huge crowds flock to him in chaotic scenes.

“I live my life like every day is the last so I have no fear. God is with me,” he said.

Aquino’s spokesmen were not immediately available to comment on Pacquiao’s statements. – Agence France-Presse