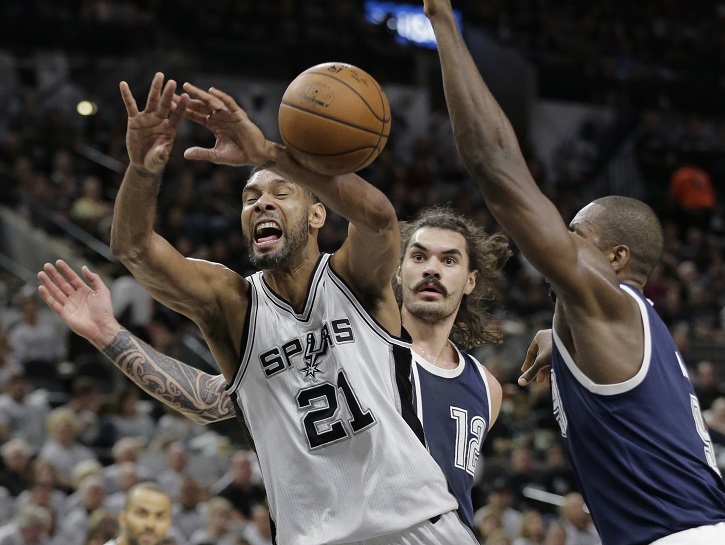 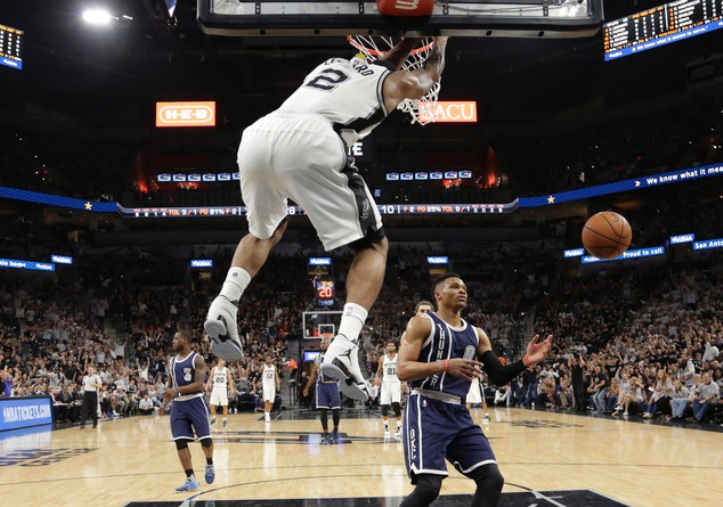 LaMarcus Aldridge scored a season-high 38 points in just three quarters on Saturday as the San Antonio Spurs stormed to a 124-92 victory over Oklahoma City in game one of their NBA playoffs second-round series.

The Spurs built a 23-point lead in the first quarter — when they connected on 81.8 percent of their shots — and the rout was on in game one of the Western Conference semi-finals in San Antonio.

Kawhi Leonard added 25 points, five rebounds and five assists for the Spurs, who never trailed and led by as many as 43.

With the luxury of resting their starters in the fourth quarter, San Antonio will try to build on their hot start when they host game two of the best of seven series on Monday.

Aldridge connected on 18 of 23 shots from the field and Leonard hit 10 of his 13 as the Spurs put on a shooting clinic.

Danny Green added 18 points for San Antonio and point guard Tony Parker handed out 12 assists — eight of them in the first half.

All 13 San Antonio players who took the floor scored.

“It was one of those where we had a great night and (Oklahoma City) had one of their bad nights,” Spurs coach Gregg Popovich said. “The ball went in the basket a lot — not trying to be flip, but that’s what happened.”

But Ibaka, Durant and Westbrook were a combined 19 of 49 from the floor, the three combining to make one more shot Aldridge made by himself.

“Shots were falling for me and my teammates were looking for me,” Aldridge said. “I just tried to stay confident the whole game. I ended up making some plays that I probably won’t make the next game, but it was enough for me tonight. We try to start with defense and rebounding and go from there.”

With the dominant win the Spurs picked up where they left off after sweeping the Memphis Grizzlies in four games in the first round.

They led 73-40 at halftime — their highest scoring first half of the season.

Oklahoma City out-scored the Spurs 11-6 in the first four minutes of the third period, but San Antonio responded to smother their attempt to rally.

Aldridge hit his first three-pointer of the season, Leonard made a technical free throw and a basket and Tim Duncan drove the lane for a layup off another Parker assist as the Spurs remained in control.

“We just need to move past this and get better,” Durant said. “There were no crazy emotions — nobody was yelling in the locker room after the game because that’s not going to make things better.

“We just have to go and play better.” – Agence France-Presse