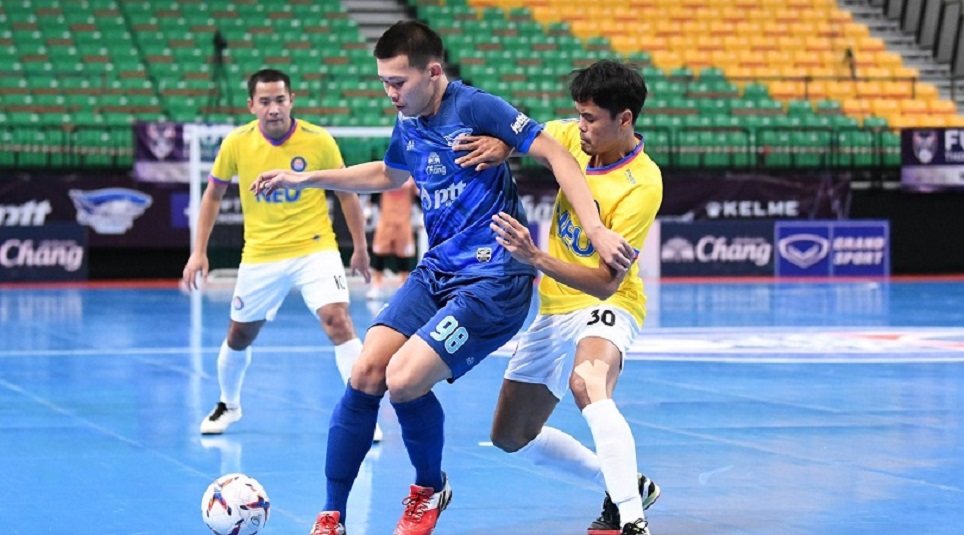 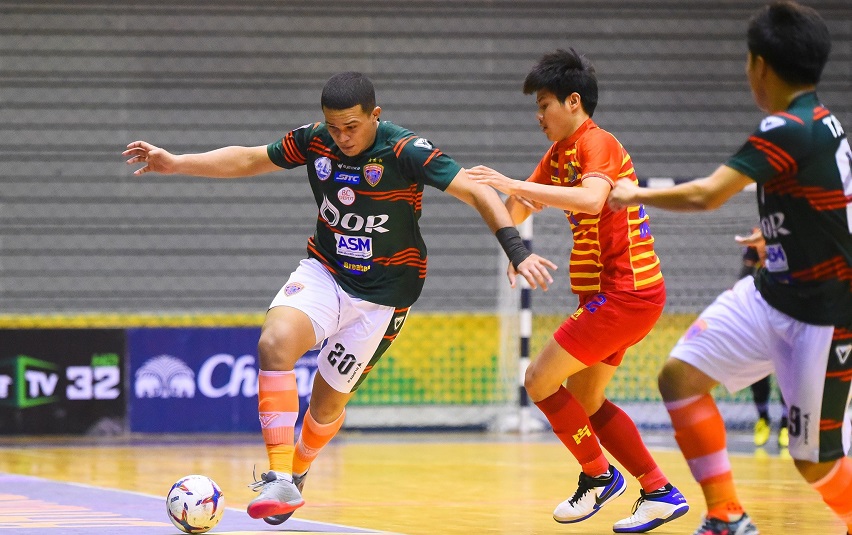 It was status quo at the top of the Futsal Thai League 2020 as both PTT Chonburi Bluewave and also ASM Port kept up their winning ways going into the final stretch of the season.

Both were big winners on the day as Bluewave thumped Northeast 6-1 as ASM Port overwhelmed Thammasat Stallions 5-1.

Chonburi could not have asked for a better start when Northeast conceded two own goals through Rung Chaeng (2nd and 3rd minute).

With quality on their side, Bluewave pushed forward with two more goals off Warut Wangsamal (15th minute) and Apiwat Chaemcharoen (18th) for them to take a 4-0 lead at the half.

Bluewave then piled on the pressure to score twice more though Jirawat Sornwichian (24th) and Peerapat Kaewwilai (25th) for them to be comfortable at 6-0.

Northeast still managed to pull a goal back when Nattawut Mudayalan conceded an own goal two minutes to the end.

With the win, Bluewave still lead the standings with a seven-point lead over second-placed ASM Port.

On the other hand, Port had to fight back from a goal down – Fabricio Deramos Carneiro’s early lead in the fourth minute -before they were able to score a comfortable 5-1 victory over the Thammasat Stallions.

Port tightened up their game soon after falling behind for Lertchai Issara Suwipakorn to grab the equaliser a minute later as they then went on to score four more goals off Thawatchai Rairat (14th), Rian Feitose Gomes (31st and 40th minute) and Chaiwat Chaemkrachang (39th) for the win. 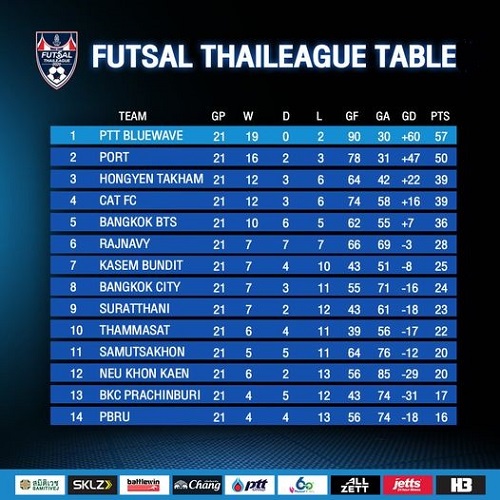