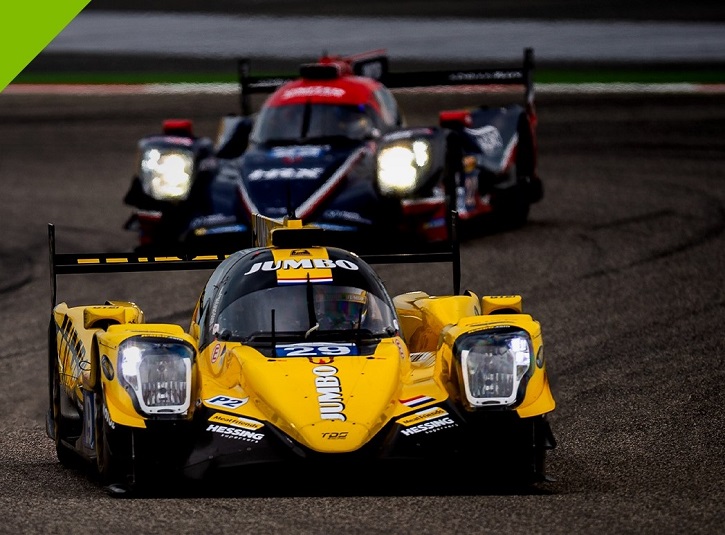 With the introduction of the new Hypercar category, developed jointly by the FIA and the ACO, entries for the 2021 FIA World Endurance Championship have opened today (Friday 4 December) and will close on Thursday 14 January 2021. This date also marks the opening of entries for the 24 Hours of Le Mans.

Simplification of the WEC’s sporting regulations was an important target, with regulations set to stimulate championship growth, create sporting fairness and to ensure that costs remain controlled in this difficult economic period.

For 2021, a more simple and transparent qualifying format will return, with the fastest time of just one driver per car forming the grid instead of the two-driver aggregated time used in recent years.

There will be two distinct 10‐minute sessions for one driver of each car: one for Hypercar/LMP2 and the other for LMGTEs (Bronze driver to qualify will be mandatory in LMGTE Am). The fastest time of the car will determine its position on the grid but if a car sets no lap time during qualifying, it will start from the back of the complete grid.

After several discussions with key stakeholders, it has been agreed there will be no change to LMP2 driver line-ups with at least one Silver or Bronze driver required in each team. There will instead be a new and specific classification in the LMP2 category for teams who have Bronze drivers. The best LMP2 Pro/Am crew (including a Bronze driver) will also be included on the LMP2 podium:

1. Classification of the FIA Endurance Trophy for LMP2 Pro/Am teams

2. Classification of the FIA Endurance Trophy for LMP2 Pro/Am drivers

Pit lane, pit stops and interventions on the car

This area is to be streamlined for the 2021 season, with overall safety remaining a priority. The move to clarify and simplify certain areas of the regulations will enable the scrutineers in the pit lane and the Stewards to better understand infringements.

As the 2021 season will be the first one in the five-year homologation cycle of the Hypercar category, there will be more pre and in-season testing. LMP2 and LMGTE Am classes will also benefit from additional testing mileage while LMGTE Pro will have the same limitations as in 2020. Declaration of testing will still be mandatory.

As part of ongoing efforts to implement cost-saving measures, competitors in Hypercar will be restricted to 40 operational staff or 43 for cars with hybrid systems (except for 24 Hours of Le Mans). The previously introduced changes making participation more cost-effective include an exclusive use of sea freight for events taking place overseas. In order to take into account the current economic crisis, this season will take place over a reduced number of races (six) compared to previous years.

Race numbers can be chosen by the competitors (from 1 to 999) before the end of registration on a ‘first come, first served’ basis. The only exception to this allocation process will be for the reigning LMP Team World Champion, who will have the option to use number 1 if they wish. Adhering to certain guidelines, competitors can also choose the race number design. However, for teams entering more than one car in the same category, design and colours must be the same.

Given current health and economic issues, the 24 Hours of Le Mans event will span 10 days rather than two weeks. Scrutineering and pre-race checks will take place on the Friday and Saturday the week before the race and will be valid both for the Test Day on the Sunday before the race and for the 24 hours of Le Mans itself. The practice and qualifying sessions have also been revised in response to competitor requirements.

A new prize for the 24 Hours of Le Mans

Following the 24 Hours of Le Mans long tradition of innovation and in accordance with its role as a key actor in sustainable mobility, in 2021 the ACO will give a prize rewarding the Competitors’ commitment to Corporate Social and Environmental Responsibility (CSR), in particular the progress made by the Competitors from one year to the next. More detailed information on the terms and conditions of the prize will be provided at a later date. Competitors, on a voluntary basis only, will be invited to submit an application.

*Full details will be released early next year.