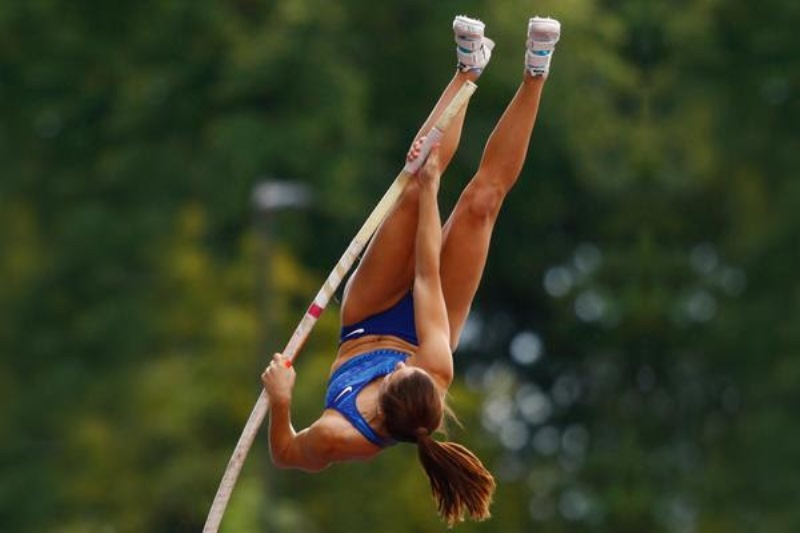 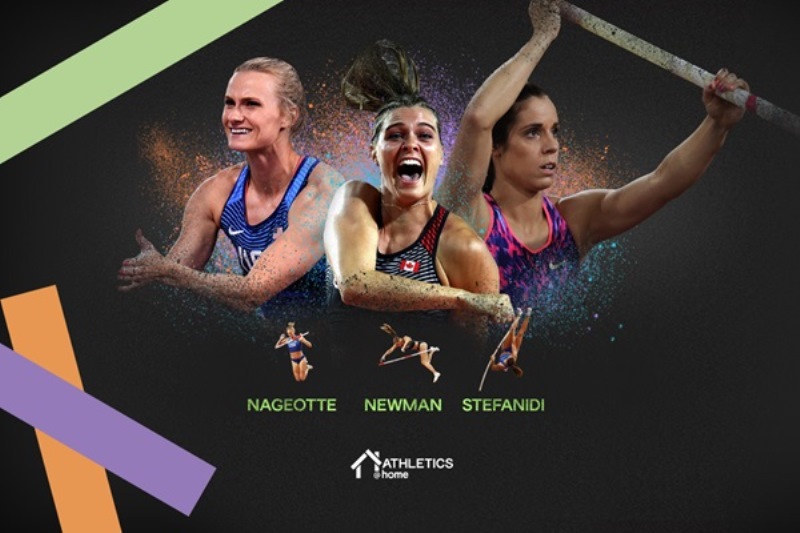 Olympic champion Katerina Stefanidi came out on top in the second pole vault edition of the Ultimate Garden Clash on Saturday (16).

Competing at her local track in Athens, the Greek record-holder amassed 34 successful vaults over a 4.00m bar, beating the tallies set by her overseas rivals Katie Nageotte of the USA and Alysha Newman of Canada.

Nageotte, who was taking part from her base in Marietta, Georgia, and Newman, who was competing from Bolton, Ontario, achieved 30 and 21 clearances respectively.

Stefanidi set a strong pace from the outset and took an early lead. Nageotte, who was using a timer to help pace her efforts, was close behind while Newman registered a couple of early misses.

After 15 minutes of vaulting in 39C heat, Stefanidi had racked up 19 clearances, more than the leading mark at the half-way point of the men’s competition two weeks ago. Nageotte was second with 16 vaults while Newman was in third with 12.

Their combined tally of 47 vaults exactly matched the number achieved by the men at the half-way stage of their clash.

After a brief five-minute pause, the second half resumed with Stefanidi trying to maintain her relentless pace. But within a few minutes, both she and Nageotte registered their first misses of the competition.

Newman, meanwhile, found her groove and started making up ground on the leading duo.

With a few minutes to go, Stefanidi knocked the bar off a second time, and with her arms aching from her efforts, it took a while for her to put the bar back into place. But the two-time European champion returned to the runway with about two minutes left on the clock and managed to get in a few more successful clearances before the clock ran out.

“I had so much fun,” said Stefanidi. “I was very excited after the first half because I had 19. I thought I could take two fewer jumps in the second half and still match the guys’ winning score, but then I missed two jumps. It was also so hot that my hands were sweating which made it difficult to get a good grip.

“This format that Renaud (Lavillenie) thought of is such a great idea in so many ways,” added Stefanidi. “It’s a great way to just switch off and vault. There are so many mental challenges with pole vaulting, but sometimes you have to just shut your brain off and make the bar, and this is a great way of practising that. It also combines many different physical elements that are really useful for a pole vaulter.”

Asked if she’d be willing to take on the joint winners of the men’s contest, Lavillenie and Mondo Duplantis, Stefanidi didn’t rule it out.

“I would do it but I’ll need three weeks to recover,” she said exhaustedly with a laugh. “The men were competing 1.20m below their PBs while we were competing 90cm below ours, so we’d have to adjust the heights. But yes, give me three weeks and I’ll do it.”

Nageotte, a two-time US indoor champion, also faced challenging conditions but was pleased with her performance. “I enjoyed it up until the second half of the second half,” she said. “The humidity here is probably comparable to the heat in Athens. But it was about as much fun as you can have in an endurance competition.”

Newman, the Commonwealth champion, was surprised at how physically demanding it was but feels as though the experience has made her a better vaulter.

“I had to keep thinking to myself, ‘tall knees, tall toes, tall at take-off’,” she said. “I felt so tired and heavy in the second half. But it’s the happiest third place I’ve ever had. It’s a great accomplishment for me and really helped push me on to another level.”

In yet another hit for athletics fans, viewers from all around the world – not just Greece, USA and Canada, but in Australia, Barbados, Indonesia and Jamaica, to name but a few – tuned in to the live stream.

“After Renaud, Mondo and Sam’s contest two weeks ago, we knew it wouldn’t be long before other ultra-competitive athletes wanted to join in. And now they have,” said World Athletics President Sebastian Coe. “It was a terrific competition and not under the best conditions for any of them, but yet again resilience and skill won the day. In my eyes they are all winners and I am so proud of them, thank you Kat, Katie and Alysha and the World Athletics team.” – WORLD ATHLETICS