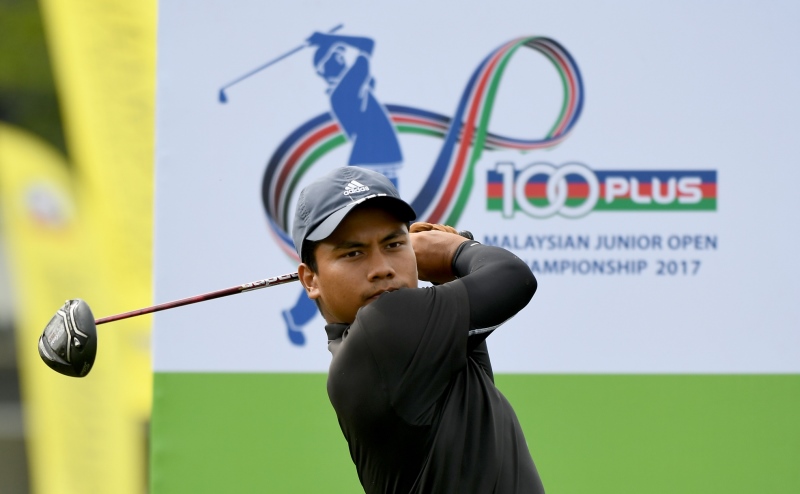 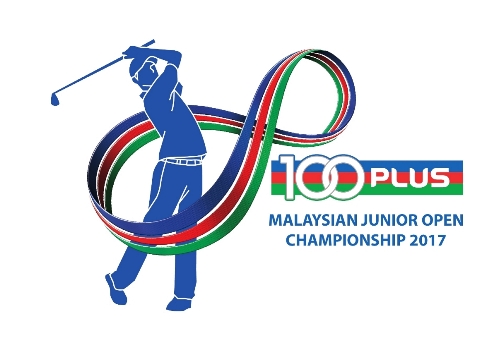 Defending champions Muhammad Afif Fathi and Qistina Balqis Azhar, both from Malaysia, are expecting stronger opposition and will have to push themselves to the limit in their quest to retain the 100PLUS Malaysian Junior Open titles this year.

Speaking after a practice round at the Glenmarie Golf and Country Club this morning, Muhammad Afif said that he does not want the tag of being the reigning champion affect him when the 12th edition of the tournament tees off tomorrow. The three-day event ends on Thursday.

“I’m expecting tougher competition this year as there are several players that have shown vast improvement. Among them is Adam (Ariff Madzri) who won a tournament recently. So, I have to be mindful of him and the other competitors including the foreigners. Being the defending champion is the last thing on my mind now.”

“My total concentration is on my putting this week, I have been working very hard on this,” commented Muhammad Afif. He added that the playing conditions at Glenmarie GCC and Templer Park (the championship venue in 2016), were similarly competitive.

Muhammad Afif will be up against 81 golfers in the boy’s category while the girls’ section will see 39 players battling for honours. Malaysia aside, the other nations competing are Philippines, Singapore, Myanmar, Hong Kong, Pakistan, South Korea and Japan.

Meanwhile Qistina, winner of the girls’ category last year, said she had not set any targets, considering the fact that she only recently recovered from an ankle injury.

She explained that her priority was to get back into the rhythm, rather than thinking of retaining the crown she won last year. “I had a long rest after recovering from the ankle injury, and around the same time, I also my appendix removed,” added Qistina.

“After two months off, I took part in two events. This week, I’m concentrating on my putting and not think of coming into the tournament as the defending champion.

“I expect the golfers from the Philippines to put up a very strong challenge.”

The 100PLUS Malaysian Junior Golf Open is among the youth development events supported by 100PLUS, Malaysia’s No.1 isotonic beverage. The brand also sponsors the Minister of Education Football League (also known as Liga KPM).