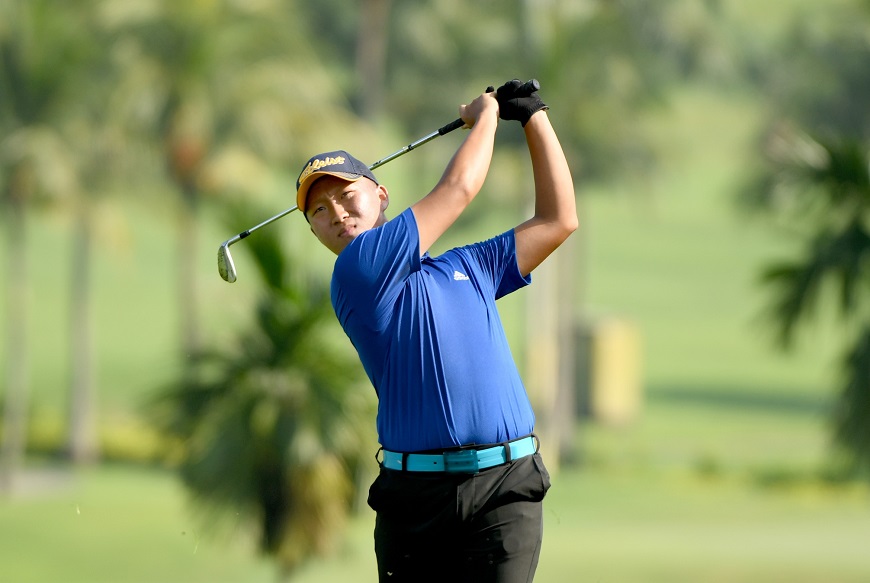 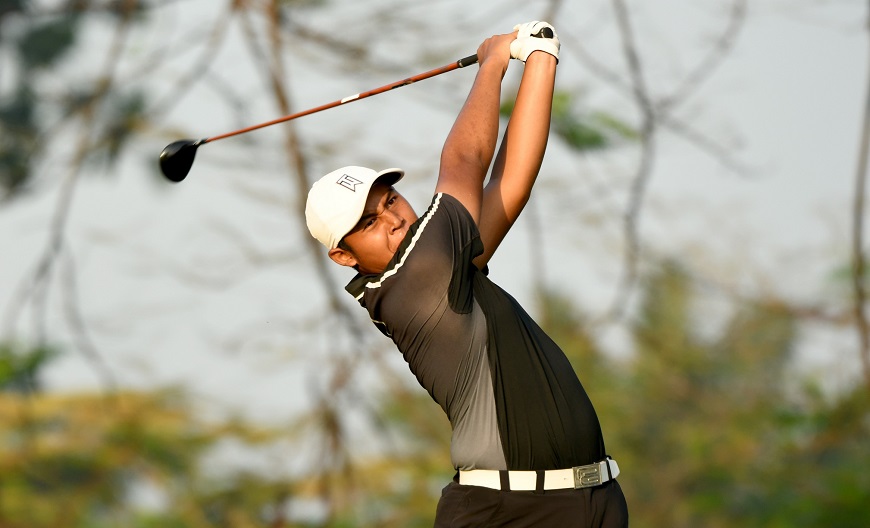 Opening day leaders, South Korea’s Shin Taewon and Malaysia’s Winnie Ng, held off their rivals to top the leaderboard on the second day of the 100PLUS Malaysian Junior Open at the Glenmarie Golf and Country today.

Taewon and Winnie are ahead by only one stroke and will have to be at their best to snatch the coveted titles tomorrow.

Taewon, who carded a three-under yesterday, struggled somewhat under the blistering afternoon heat and came in with two-over 74 for a two-day total of 141.

“And eagle at the 11th helped my score today. Overall, it was not a good day from the tee although my putting allowed me to recover,” added the 17-year-old Taewon.

“I have to admit that I am feeling the pressure. I have to keep focus and not think of the golfers nearest to me. That will be the main issue tomorrow”

Other than the eagle at 11, Taewon also birdied the second and 12th before a string of bogeys at the fourth, sixth and 16th put paid to what would have been an brilliant afternoon.

In spite of a bad day, Taewon did just enough to maintain a three-stroke lead over second-placed Adam Arif Madzri of Malaysia, who carded a two-day total of 144.

Adam is among the more consistent player after two days of competition day as he recorded identical par 72s.

“I was not aggressive at all. I was playing for safety and was not willing to risk too much. I did not do well at the International Youth Championship, so I was a bit cautious,” added Adam, who had an eagle and two birdies.

“For tomorrow, I feel confident where I will just have to hit well and make sure that I do not lose the green. It will be close so I have to be consistent.”

Only the top 40 players at the end of the day today make the cut for the final day of competition tomorrow. 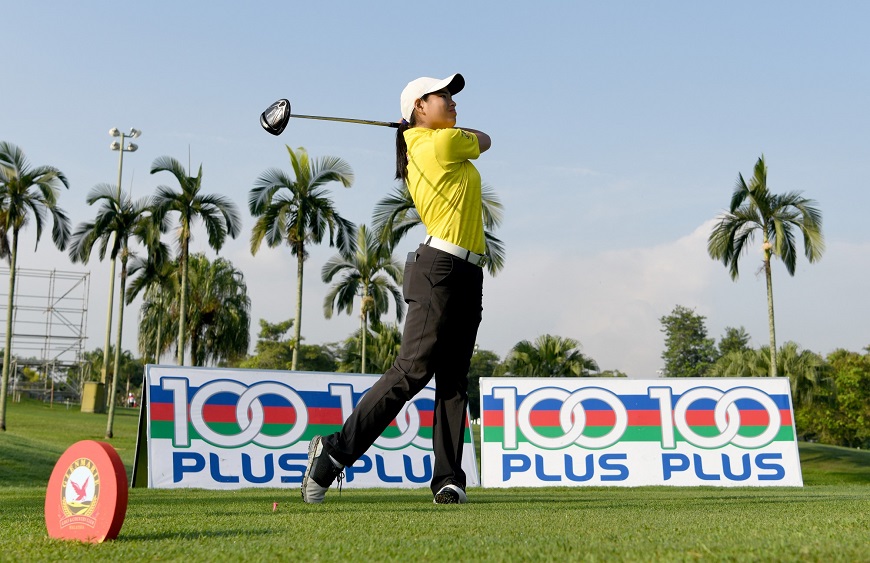 In the meantime, in the girls’ division Winnie Ng Yu Xuan maintained her lead with a two-day today score of 139.

After carding in a fabulous 68 yesterday, Winnie managed a one-under 71 for her second day.

“I started well and was three-under at one point (birdies at the first, fifth and sicth holes),” said Winnie.

“Pressure is always there but it is important that I do not think too much going into the final day tomorrow. I’m aiming to do better than the four under I did yesterday.”

A close second is Mikhaela Fortuna of the Philippines, who blasted a superb 68 today, following six birdies and two bogeys. After playing par yesterday, Mikhaela has a two-day total of 139.

“It is my first time here. And tomorrow I don’t want to play under pressure of wanting to win. I am just looking at a par game and be more relaxed,” said Mikhaela.

The best golfer on the day was Malaysia’s Liyana Azizan Durisic who came in with a 66 for a two-day total of 141.

Liyana currently sits third where she made the cut as the best 20 girls going into the final.