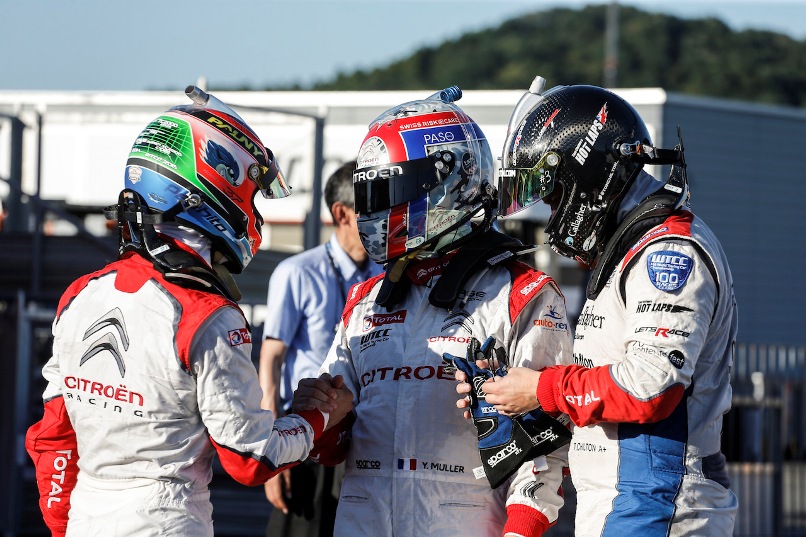 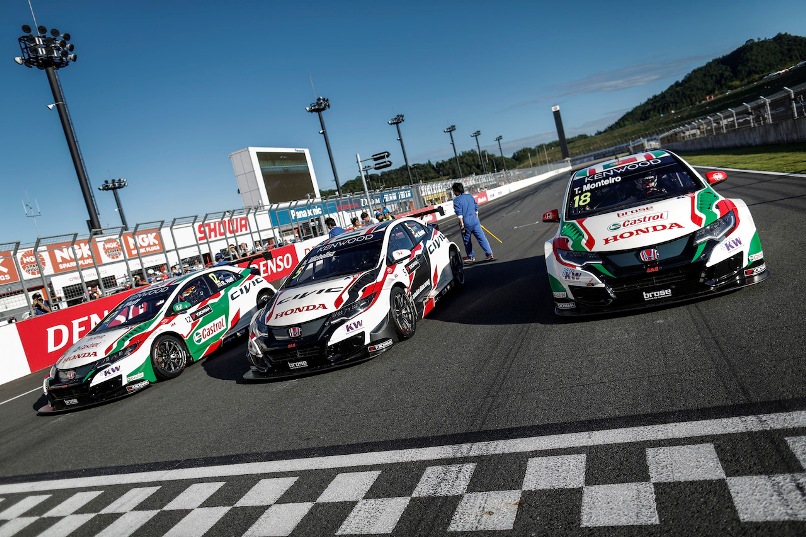 Honda second at home track as Michelisz throws up the dust

Citroën has taken victory in the latest Manufacturers Against the Clock (WTCC MAC3) contest in the FIA World Touring Car Championship at Twin Ring Motegi.

Strong teamwork from Yvan Muller, José María López and Tom Chilton in the Tour de France-inspired team time trial competition enabled the French firm’s trio to post a time over two laps of the 4.801-kilometre Japanese circuit that was one second faster than Honda.

It was closely fought between Honda and LADA early in their efforts, but once Norbert Michelisz recovered from an off-track moment at the rear of the Honda train, the home manufacturer was able to claim second place.

Citroën’s WTCC MAC3 success, its fourth of the year, rounded out a strong day for the make with López taking the DHL pole position for Sunday’s Main Race and Muller joining him on the front row of the grid, while Mehdi Bennani was the quickest WTCC Trophy contender in a private car.

“I can only be very happy with a day like this,” said Yves Matton, the Citroën Team Principal.  “The team did a perfect job in WTCC MAC3. We came back to a normal strategy after trying something different in Argentina and it seems it’s the best solution.”