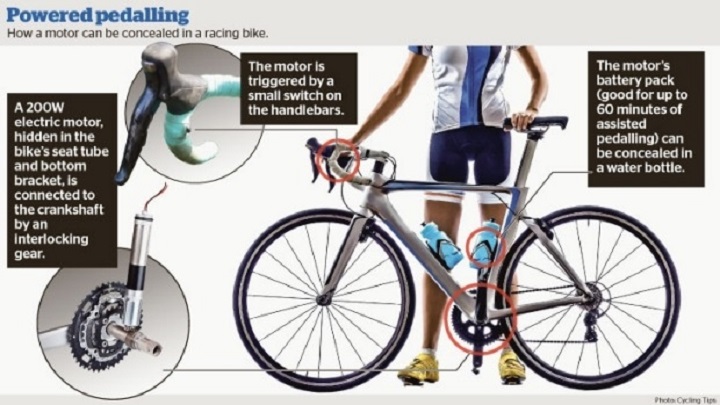 There is no perfect method to detect hidden motors in bicycles, the Hungarian who pioneered the system claimed on Monday, as Tour de France organisers vowed to stamp out technological fraud.

Cycling authorities are taking the issue of tech fraud seriously with a thermal camera and magnetic resonance detectors being used at the Tour de France for the first time this year to try to trip up the cheats.

But Hungarian Istvan Varjas, who claims to have developed the system some 15 years ago, insisted there was “no perfect method” of detecting hidden motors.

“The thermal cameras don’t always work especially if the motor is switched off at the time of testing,” Varjas told Index.hu. “And the cyclists are not cheating alone as sometimes the motors are in the wheels and activated from a distance.”

Tour organisers however have considered this and will be using motorcycle mounted equipment to take secret checks.

Varjas himself suggested however what he felt to be a valid method of testing without looking for motors at all.

“Simply test riders on a mountain and check their maximum performance, if a rider then surpasses this by five percent it would clearly indicate (cheating),” he said.

The first case of motor fraud was detected in January on the bike to a young Belgian competitor at the cyclo-cross World Championships. The 19-year-old was banned for six years and fined 20,000 Swiss francs ($20,000/18,180 euros). – Agence France-Presse