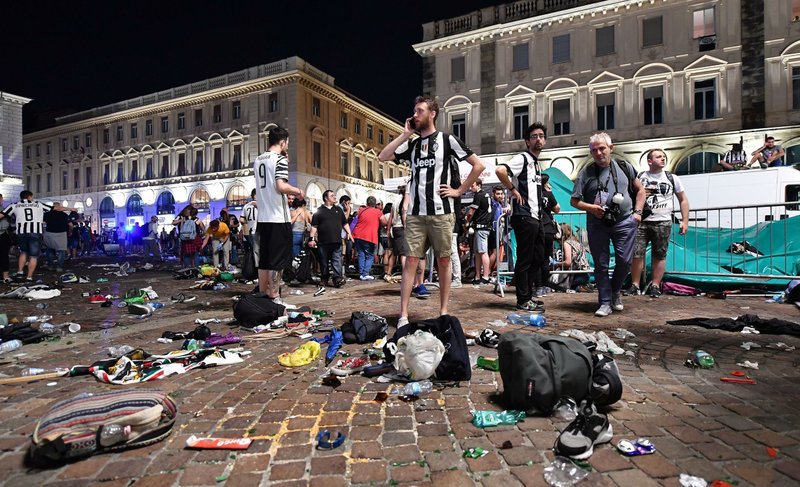 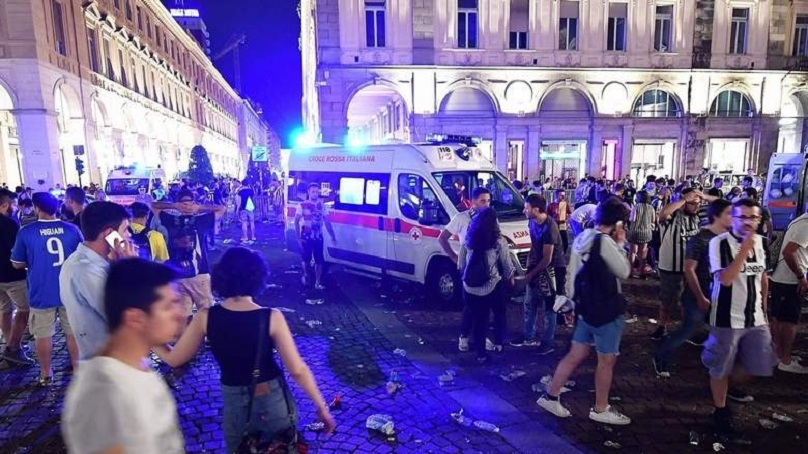 AFP reporters witnessed the chaotic scenes that ensued in a packed square 10 minutes before the end of the match on Saturday evening.

The panic seemed to have been triggered by fireworks being let off and one or more people shouting that a bomb had exploded — a notion that quickly filtered through the crowd.

The incident compounded a miserable night for supporters of Juventus, who lost the Cardiff final 4-1 to Real Madrid.

It also underlined the impact recent acts of terror are having on a jittery public across Europe and the problems now faced by organisers of any mass gathering of people following the Bataclan, Paris and Manchester concert attacks.

The scare in Turin came just minutes before another deadly attack unfolded in London with assailants driving a van into pedestrians on London Bridge and assailants going on a stabbing spree before being shot dead by police.

Most of the injured in Turin were treated for cuts and bruises but seven had to be admitted to emergency units at local hospitals.

Local media reported that a seven-year-old boy was in a coma with severe chest injuries after being trampled in the crush.

Several thousand fans had turned up to watch the match on a giant screen erected by the local authorities in the city’s Piazza San Carlo.

As fear took hold, a rush towards exit points quickly accelerated and the square emptied so quickly it was left strewn with hundreds of shoes ripped off people’s feet as they ran.

“We heard a noise, then there was a movement of people like a wave and everyone started falling over each other,” said Luca, one of the fans caught up in the drama.

“I have got blood on me from the people who fell on top of me, people were screaming, jumping over each other,” he told AFPTV. “It was really awful – we really thought it was Manchester again.”

The incident compounded a miserable night for supporters of Juventus, who lost the Cardiff final 4-1 to Real Madrid.

Some of the injuries occurred after a railing around the entrance to an underground car park beneath the square gave way under the weight of the crush.

Local media cited older Juventus supporters present as saying the panic had evoked painful memories of the 1985 Heysel disaster, in which 39 mostly Italian fans died when fans were crushed by a collapsing wall before the start of that year’s European Cup final, against Liverpool.

Another fan, Giulio, said he had been knocked to the ground. “Everyone just trampled over me. I got separated from all my friends. I don’t have the slightest idea what happened.”

Fellow supporter Filippo took refuge in a restaurant in a neighbouring square. “They gave us something to drink and we stayed there until it was calm outside and we went back to find the shoe my daughter had lost.”

“It was very stressful,” added Gaetan. “With everything that is going on nowadays, it’s only to be expected. We just panicked and tried to get out of there.” – Agence France-Presse