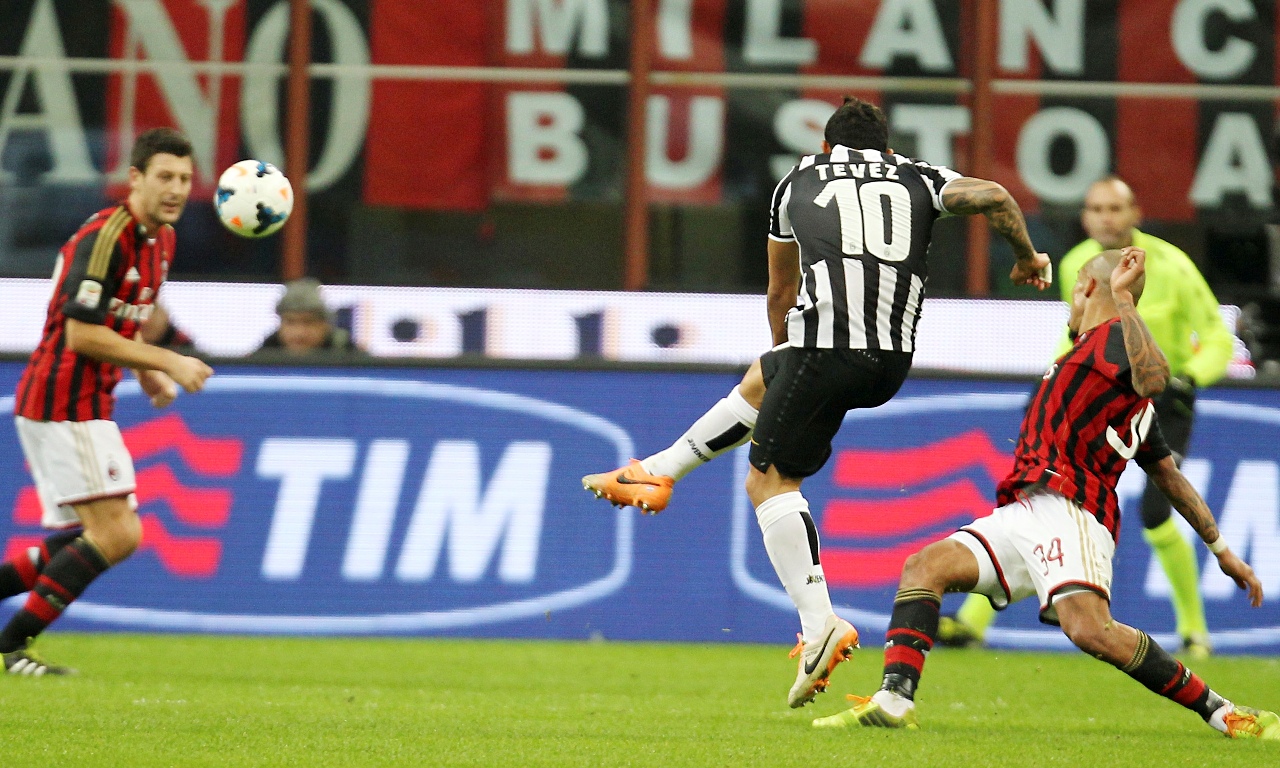 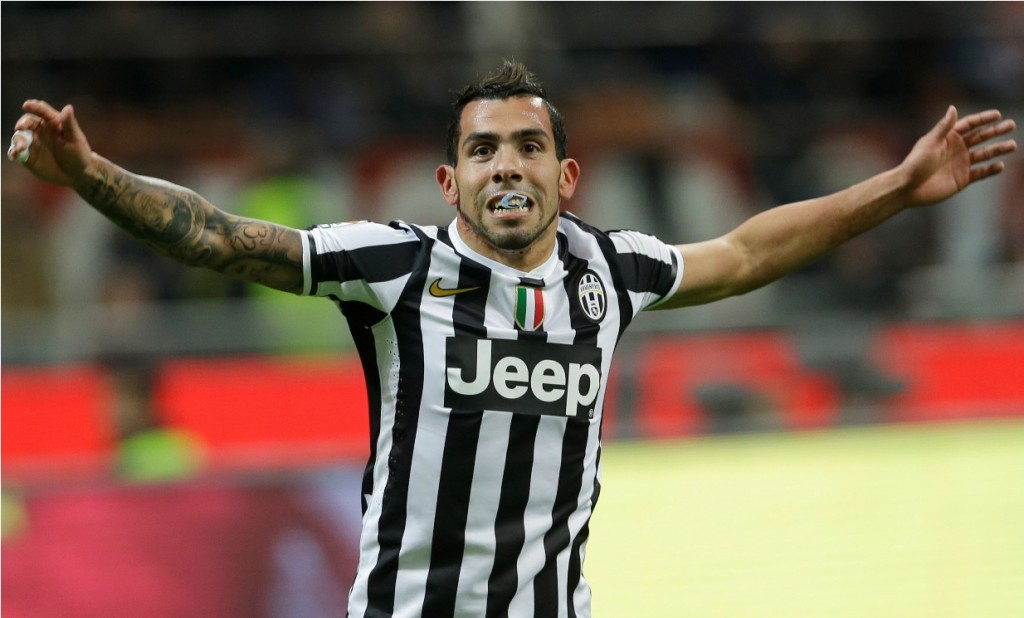 Carlos Tevez scored his fourth goal in a week to hand champions Juventus a precious 1-0 win over Milan, and new coach Massimiliano Allegri the bragging rights, at a packed-out San Siro on Saturday.

But after a promising first half performance, the Rossoneri allowed themselves to be pegged back for the second before being punished by an alert Tevez 19 minutes from the end.

It was the Argentinian’s fourth goal in seven days having scored once in a 2-0 win over Udinese last week and twice in the 2-0 Champions League win over Malmo in Turin.

Tevez said: “It was a great game… they rarely put us in trouble.”

Juve’s third successive win left them three points clear of Milan and Roma ahead of the latter’s game at home against Cagliari on Sunday.

On Allegri’s return to the club he was dismissed from in January, the 47-year-old admitted it had been a “particular evening”.

“I’m not a machine. I spent three and a half years at Milan …. but the important thing was for us to go out and win tonight and that’s what we did.

“It wasn’t an easy game but the lads were patient, didn’t concede much and created a lot of chances.”

Inzaghi said: “Before tonight I honestly thought we are really far behind Juve, but after this game I realise we’re not so far.

“There are things we have to improve on and although we’re not going to achieve that immediately I believe we’ll be on the right road once we recover the players who are still sidelined.

“Juve have that extra ingredient, but I still believe we had a great game.”

Allegri was roundly whistled as the team names were called out prior to kick-off.

But by the end of the first half, Juve were on the ascendancy.

Milan had shown promise in the tense opening exchanges, Keisuke Honda notably forcing Gianluigi Buffon to block his header from Sulley Muntari’s long cross at the back post on 27 minutes.

But minutes later, a Tevez chip for Roberto Pereyra saw the Argentinian volley the ball back into the path of Fernando Llorente, who skipped a challenge before seeing his toe poke blocked by Christian Abbiati at the near post.

Following a patient build-up, Abbiati was summoned minutes later to parry Pereyra’s shot from just outside the area after Tevez’s smart lay-off.

Milan went to sleep when Claudio Marchisio took possession in midfield and hit a powerful shot which beat Abbiati but came off the upright.

Jeremy Menez, who has made a big impression since joining from Paris Saint Germain, was again Milan’s top performer and dispossessed defender Giorgio Chilleni on the edge of the centre circle only to see Buffon block his drive.

Juve continued as they left off after the restart, while Milan struggled to get out of an apparent slumber.

Marchisio was allowed to dribble his way along the edge of the area before Ignazio Abate came to the rescue with a brusque clearance.

Milan were finally made to pay in the 71st minute thanks to a fine piece of Tevez magic.

The Argentinian stumbled to the ground as he took possession on the edge of the area, but somehow got the ball to Pogba.

Tevez then ran on to the Frenchman’s dink to beat Abbiati with a chip at the keeper’s far post.

Fernando Torres was one of several substitutes to make a late appearance but the former Chelsea striker was given scant time to settle before earning a yellow card for an accidental strike on Kwadwo Asamoah, who was also cautioned after their duel. – Agence France-Presse