Home News AFF FUTSAL: Not so lucky for Brunei as Australia hit 13 goals,... 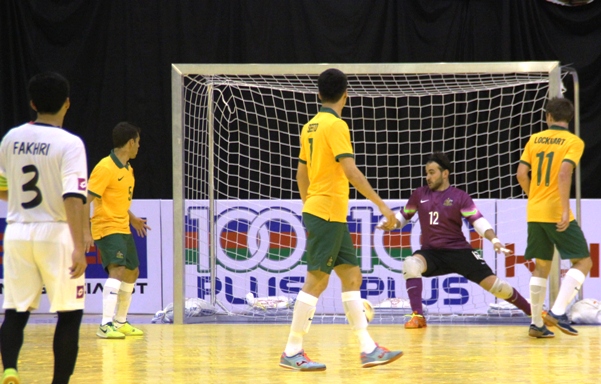 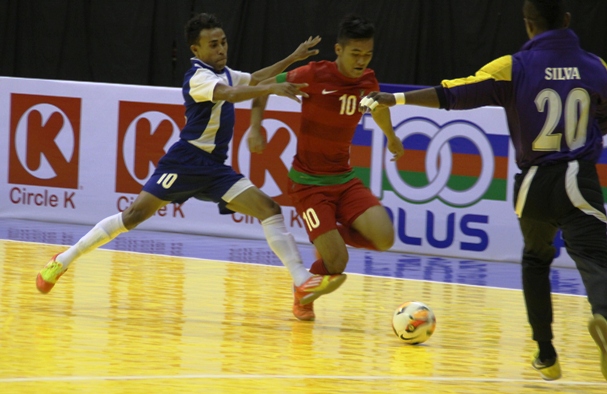 Hattricks from Jordan Aaron Guerreiro and Wade Matthew Giovenali led Australia to a smashing 13-0 victory over Brunei in a Group A match of the AFF Futsal Championship at the Malawati Stadium in Shah Alam today.

Today’s win was Australia’s second here after they whipped Timor Leste 9-0 yesterday. The Aussies remain top of the group with a maximum of six points and a very comfortable goal difference ahead of second-placed Indonesia.

“It was a good result but the performance was not so good,” said Australian coach Robert Valera. “We have to be better than this and tomorrow we have to be sharper when we take on Malaysia.”

In today’s match, Australia, second in last year’s tournament, took a 5-0 lead before stepping up the pace in the second half where they plundered another eight goals. In the first half, Australia’s goals were netted by Grerogy James Giovenali (3rd),  Wade Giovenali (3rd), Jordan Mundell (8th) and Daniel Steven Fogarty (12th, 16th).

After the break, Wade Gionevali started the ball rolling when he scored in the 23rd minute. He completed his hattrick in the 32nd minute.  Guerreiro meanwhile found the net in the 27th, 33rd and 39th minutes.

Australia’s other goals came from Bruno Peter Pivato in the 29th minute while Dean Edward Lockhart helped himself to a brace in the 34th and 35th minutes.

In the last match of the day, Indonesia recovered from an early setback to defeat Timor Leste 14-3. Indonesia, who had surprised hosts Malaysia 6-1 in their opening game two days ago, have now won both their matches and are well in the running for a semifinal berth.