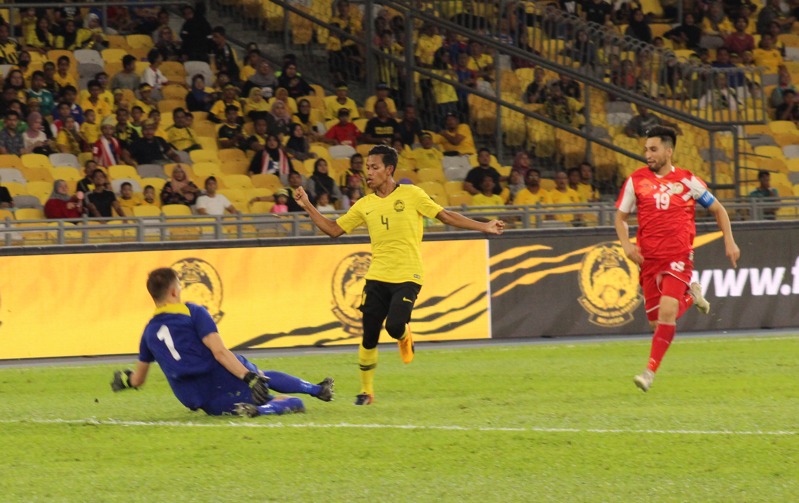 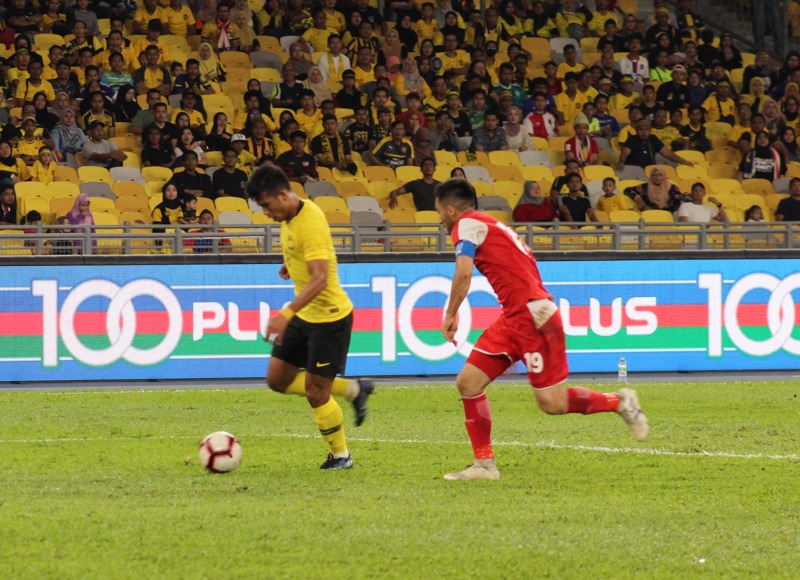 He came off the bench and turned the tide as Malaysia scored a 1-0 win over Tajikistan in Tier 1 international friendly at the National Stadium in Bukit Jalil on Saturday.

Currently the hottest football property in the country, Safawi Rasid struck a beautifully executed left-footer into the roof of the net leaving Tajikistan reserve keeper Shokrukh Kirgizboev rooted after turning his marker inside out off a long ball from Brendan Gan.

Earlier, Tajikistan’s first-choice goalkeeper Rustam Yatimov was red-carded for handling the ball outside his penalty box minutes into the second half.

Safawi and Brendan did not take the field in the first half as national head coach Tan Cheng Hoe wanted to use the match against Tajikistan, ranked 116, to try his combinations and match strategies for Malaysia’s coming home matches against Thailand and Indonesia in the World Cup 2022/Asia Cup 2023 qualifiers.

Malaysia takes on Thailand on Nov 14 and Indonesia on Nov 19 in the crucial Group G matches to stay in contention. Both matches will be played at the National Stadium. Malaysia has one win (against Indonesia 3-2 away) and two defeats (1-2 against the United Arab Emirates at home) and a 1-0 defeat to Vietnam away.

“This is an inspiring win for us to prepare for the matches against Thailand and Indonesia. It was a positive performance against a higher-ranked team. The players played what they were told to do and it is a good sign,” said Cheng Hoe.

There is no denying that Brendan and Safawi changed the flow of the game for Malaysia. However, Cheng Hoe reminded that the game against Tajikistan was a “test” match for him to decide on his team.

The former international will drop three players from his training squad before naming his team. RIZAL ABDULLAH