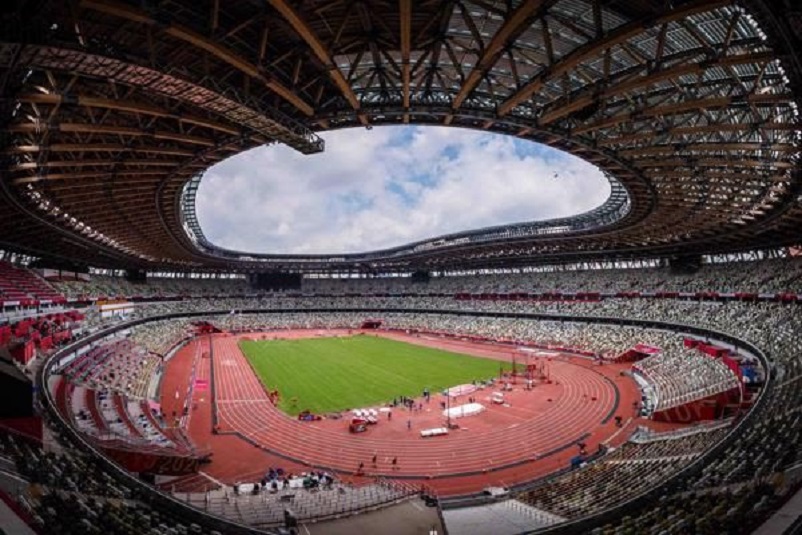 The Tokyo 2020 Olympic flame has now been extinguished, but the venues that hosted the athletes’ captivating performances are set to create long-lasting benefits for Tokyo and its communities.

The Tokyo 2020 Olympic flame has now been extinguished, but the venues that hosted the athletes’ captivating performances are set to create long-lasting benefits for Tokyo and its communities.

From the outset, the Tokyo 2020 venue master plan was designed to help accelerate Tokyo’s transition into a safe, inclusive and “smart” city, fitting perfectly into Japan’s tradition of merging the old with the new.

While Tokyo 2020 maximised the use of existing venues, many of them were upgraded, making them more sustainable and accessible. Five of the existing venues had already been used for the Olympic Games Tokyo 1964.

Out of 43 Tokyo 2020 competition venues, only eight were built specifically for the Games. They incorporated sustainability features such as the use of renewable energy and barrier-free designs. All have an operator and a legacy plan in place and are set to benefit the local community for years to come.

Tokyo’s new Olympic Stadium blends easily into the green park area of the Meiji Jingu Shrine next door. It has been designed with the future in mind: while the venue has no air conditioning in order to reduce its energy consumption, its design allows the wind from outside to breeze through the stands, cooling those inside.

After the Tokyo 2020 Games, the National Stadium will be the place where international and national competitions such as football and rugby, as well as cultural events will be held.

The plaza surrounding the Stadium is designed to be a gathering place for locals and visitors alike.

A “Cauldron” and “Champion Tribune” of the Tokyo 2020 and Tokyo 1964 Games will be exhibited at the Stadium, keeping the memories of the two Games editions alive.

In an emergency, the stadium will be used as a shelter: its stores can hold enough food and water for 80,000 people.

The Tokyo Aquatics Centre has elegant curves on its diving platforms and a 10-lane main pool. State-of-the-art technology allows the length and depth of its pools to be adjusted by moving floors and walls. To complete the sense of modernity, and reflecting Tokyo 2020’s commitment to sustainability, it is powered by solar energy and a ground heat exchanger.

A swimming venue of the highest global standards, the venue will serve as the centre for Japanese swimming, nurturing talent aspiring to be world-class athletes, as well as for the local community, allowing them to practise swimming and other sports.

The Olympic and Paralympic Games Tokyo 2020, as well as international meets that will be hosted here in the future, will serve as opportunities to expand participation in aquatic sports and to raise the next generation of elite athletes in Japan.

Powered by solar energy, this rowing and canoe course located close to central Tokyo will be used for international rowing and canoe competitions. It is hoped that it will become one of the premier locations in Asia for water sports.

The venue will be the host for various water sports competitions and training camps, helping increase the popularity of water sports.

The Ariake Arena is not only powered by renewable energy sources, but also features an architectural design that belies the need for high-energy air conditioning and lighting. The Ariake Arena also includes accessibility features supporting families with young children, guide dogs and wheelchair users, and accessible toilets.

After the Games, the Ariake Arena is set to become Tokyo’s new hub for sport and culture. It will also be used by the local community: an annex building will host a fitness centre and sports courses for the use of local inhabitants.

Newly constructed on land adjoining the Kasai Rinkai Park, the canoe slalom course is the first man-made course in Japan. After the Tokyo 2020 Games, the facility will offer the public a place to enjoy water sports and leisure activities, including rafting, in close cooperation with nearby facilities.

Located in the waterfront area of Tokyo Bay, the OI Hockey Stadium can be used for hockey and other sports. Hailed as “climate-positive hockey”, the turf at the stadium is the first of its kind to be made from regrowable raw materials: 60 per cent of its surface consists of the by-product of the sugar cane industry, renewable polyethylene technology. This means that it requires only one-third of the water that is normally used for Olympic hockey pitches.

As one of the few public hockey stadiums in Japan, the venue will contribute to enhancing Japanese hockey players’ skills, and popularising and promoting the sport. The Stadium includes four hockey turfs – two competition fields and two training fields – with the latter set to be relocated outside Tokyo after the Games to serve local communities.

The venue will enable Tokyo residents to engage in a wide range of sports, and, together with other facilities in the park, forms a centre for general sports and recreational activities.

The Yumenoshima Park Archery Field has been constructed in the park area of the Dream Island site. Following the Games, the facility will house archery competitions and many other activities, and provide a relaxing space for residents of Tokyo as part of Yumenoshima Park.

Built on reclaimed land in Tokyo’s Harumi district, the Olympic Village models a sustainable approach to urban development. It incorporates social diversity and environmental considerations, including through the introduction of a power system producing hydrogen-generated electricity.

The Plaza at the Olympic Village was made out of 40,000 pieces of timber donated by 63 municipalities across Japan. After the Games, the timber will be returned to those municipalities and reused in local facilities.

A hydrogen power station installed nearby will continue to be used after the Games.

After the Games, the Olympic Village will become Japan’s first hydrogen-powered town and a barrier-free complex with residential dwellings and sites for international exchange, multi-generational activities in education, culture and sport, and private-public collaboration. – olympics.com