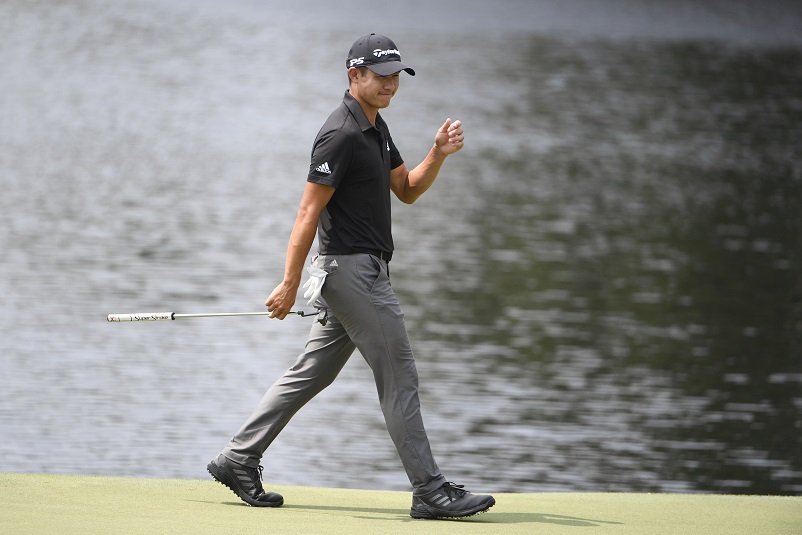 The 2020-21 FedExCup Regular Season concluded at the Wyndham Championship on Sunday with Collin Morikawa claiming the No. 1 position in the Comcast Business TOUR TOP 10 and earning a US$2 million bonus.

The Comcast Business TOUR TOP 10 emphasizes player performance by rewarding the top players in the FedExCup standings at the end of the FedExCup Regular Season.

The current ‘super season’ schedule features 50 official FedExCup tournaments, the most in a season since 1975 (51)

“There are so many talented players on the PGA TOUR and to be able to secure the top spot in the Comcast Business TOUR TOP 10 is a great honor,” Morikawa said.

“This reinforces all the hard work that I put in throughout the entire season. I spoke at a Comcast Business employee meeting at the beginning of the season to kick off the program so it’s great to come back and win it.”

“It has been an honor to be a part of the PGA TOUR and help spotlight the hard work and resiliency of the best players in the game. We look forward to what comes next in the 2021-22 season.”

Morikawa earned two victories with six additional top-10s during the 2020-21 FedExCup Regular Season. The 24-year-old won the World Golf Championships – Workday Championship at The Concessions in February and won his second career major at The Open Championship in July at Royal St. George’s Golf Club in England.

Last year, Morikawa finished sixth in the final FedExCup standings in his first appearance at the TOUR Championship in Atlanta.

Earning a top 10 spot in the standings entering the FedExCup Playoffs is an important goal for players looking to position themselves for a run at the FedExCup trophy. As part of the Comcast Business TOUR TOP 10, a $10 million bonus is shared among the top 10 finishers in the FedExCup Regular Season standings.

Below are the results:

In 2019, Brooks Koepka earned the top spot in the TOUR TOP 10, while Justin Thomas garnered the honor in 2020 on the strength of three FedExCup Regular Season victories.