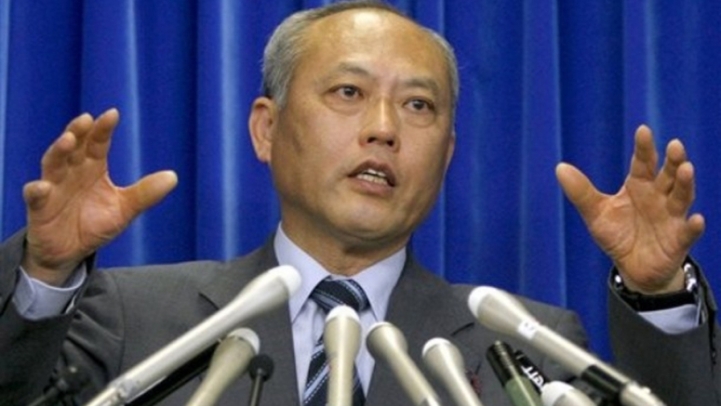 Tokyo’s governor submitted his resignation on Wednesday, an official said, after being criticised over lavish personal spending and faced with a no-confidence vote in the local assembly.

Yoichi Masuzoe, 67, informed the speaker of the Tokyo legislature of his intention to quit, a spokesman for the Tokyo metropolitan government told AFP, ahead of a scheduled no-confidence motion vote by lawmakers later in the day.

“We’ve been told by the governor that the resignation is dated June 21,” he said, requesting customary anonymity. An election for a new governor is expected as early as next month.

News of the resignation comes as Tokyo is set to host the 2020 Olympics, and while Masuzoe’s departure is unlikely to impact the city’s ability to manage the event, his travails have proven a fresh embarrassment for the scandal-plagued Games.

Organisers were forced to scrap their original main stadium design due to high costs, had to weather plagiarism accusations over the Games’ logo and are now battling the fallout from an investigation by French prosecutors into $2 million in alleged bribes, which they deny.

Masuzoe had faced relentless media and legislative grilling over hefty spending on official overseas trips, online purchases of art and accommodation at high-end hotels and spas, some of which was paid for using official funds.

He has denied breaking any laws but has admitted ethical lapses and repeatedly apologised in an ultimately futile effort to weather the storm.

All major parties in the Tokyo legislature including Prime Minister Shinzo Abe’s Liberal Democratic Party (LDP) — the biggest force in the capital’s politics and the main supporter of Masuzoe — agreed to submit a no-confidence motion against him over the scandal.

The powerful LDP joined calls for Masuzoe, a former party member, to resign amid concerns that its support for him could embarrass the party in July 10 elections for the upper house of parliament, local media said.

The motion was to be voted on later Wednesday, but reports said that plan has now been cancelled given the resignation.

His term as governor was originally set to run to 2018, but with his resignation, a new governor will be elected to a fresh four-year term, requiring the mega city to hold another gubernatorial election around the time Tokyo hosts the 2020 Olympics.

Masuzoe’s problems began in April when reports emerged that he was using his official car to be driven at the weekends to a cottage south of Tokyo.

Further allegations emerged of lavish spending on overseas business trips, including first-class air travel, as well as family outings and accommodation in Japan.

The brouhaha has not gone down well with the general public in Japan amid stagnant economic growth and increasing hardship among low-wage earners. A perception of arrogance and entitlement on the part of the governor has also been criticised.

Masuzoe took office in February 2014 following an election to replace Naoki Inose, who abruptly resigned over a personal financial scandal after leading Tokyo’s campaign to win the 2020 Games.

On assuming office as governor, the telegenic French-speaking Masuzoe — a former health and labour minister — pledged an administration free of money scandals.

Masuzoe had reportedly begged a delay in voting on the motions so that he could attend the Rio Olympics in August as chief executive of the next host city.

Local lawmakers, however, have criticised that, saying Masuzoe had “no right to talk about the Olympics”. – Agence France-Presse