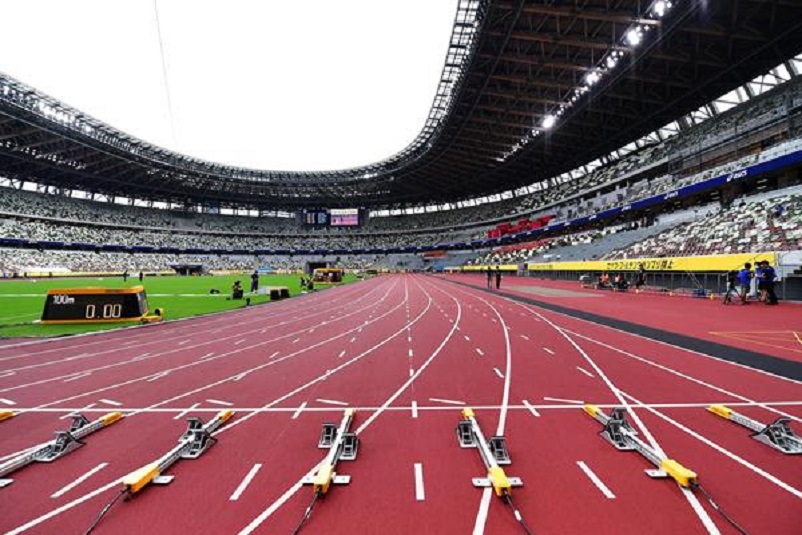 Tokyo’s new Olympic Stadium will set the scene for the start of the 2021 World Athletics Continental Tour Gold meeting series, after a successful launch of the new competition this year.

The Tokyo meeting on 9 May, which will serve as an Olympic test event less than 12 weeks before athletics action gets underway at the Olympic Games, will kick off the second season of the Gold series.

For many of the athletes expected to compete, this meeting will provide their first look at the state-of-the-art facility that will host the Olympic athletics competition as well as the Games opening and closing ceremonies.

Launched in 2020, the aim of the World Athletics Continental Tour is to create a coherent global tour of the best international one-day meets outside of the Wanda Diamond League, reaching across every continental area. The tour comprises Gold, Silver and Bronze level meetings spanning the globe and held from February to December.

Despite the unprecedented challenges posed by the global COVID-19 pandemic seven of the original ten Gold meetings were held this year, collectively showcasing a slew of dazzling performances, highlighted by javelin champion Johannes Vetter’s mighty effort to register the second longest throw in history, and the longest for 24 years, 97.76m, at the Skolimowska Memorial meeting in Chorzow, Poland in September.

“This year has presented tremendously difficult conditions for launching a new one-day series, but the Continental Tour has thrived in its first year, attracting huge support from both athletes and fans, and giving us great confidence that it will go from strength to strength in the coming years,’’ World Athletics president Sebastian Coe said.

“One of our primary goals at World Athletics is to improve the competitive and earning opportunities for elite athletes around the world and the Continental Tour is doing that with the creation of new meetings like the Kip Keino Classic in Nairobi. This is also creating new avenues for fans to watch our leading athletes, either in person or via broadcast or livestream, as has been primarily the case this year.’’

Once again, the 2021 Continental Tour Gold series will combine some of the sport’s most venerable meetings with newer competitions that have already begun establishing impressive traditions of their own in different regions of the world.

Ten days after the Tokyo event, the tour moves to Europe for the 60th edition of the Golden Spike in Ostrava, Czech Republic, on 19 May.

After a brief break, the tour moves into high gear with three meetings in four days, making stops in Kingston, Jamaica for the Racers Adidas Grand Prix (5 June), the FBK Games (6 June) in Hengelo, Netherlands and the Paavo Nurmi Games in Turku, Finland (8 June).

After a break for national championships, the series resumes in Bydgoszcz, Poland on 30 June for the Irena Szewinska Memorial, a newcomer to this year’s tour, and continues in Szekesfehervar, Hungary on 6 July.

Following the Olympic Games (24 July-August 9) and the Wanda Diamond League final in Zurich, the tour will resume in September with stops in Chorzów, Poland and the Croatian capital Zagreb before concluding, once again, with the Kip Keino Classic in Nairobi, a meeting which made a successful debut this year.

The date of the Nanjing meeting will be confirmed in due course.

The development of the Continental Tour is part of a concerted effort by World Athletics to create a logical long-term global calendar of international events, which is available well in advance to assist meeting directors, Member Federations, athletes and fans with their forward planning.

Despite some cancellations this year due to the pandemic, 59 Continental Tour meetings were still held in 2020. Up to 100 meetings could be part of the tour in 2021. – World Athletics