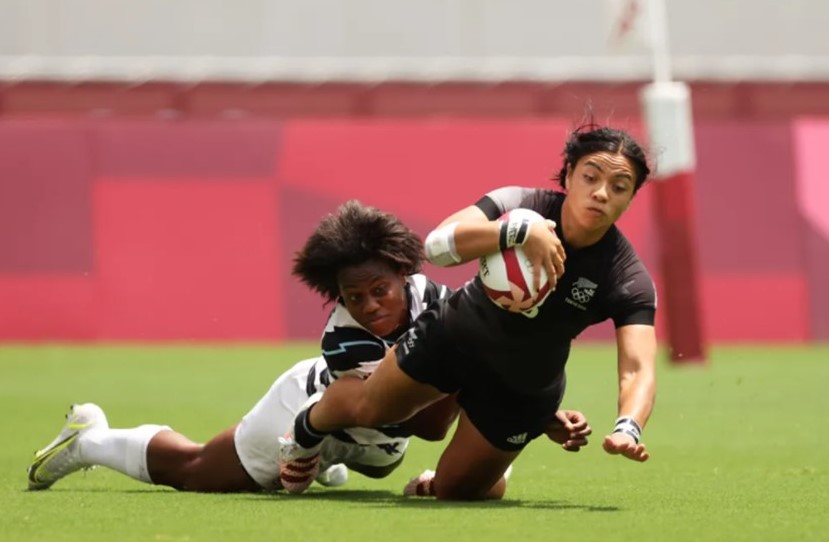 The gold medal match will kick off at 18:00 local time (GMT+9) on Saturday, with the bronze medal match scheduled for 17:30

New Zealand will play France in the gold medal match of the women’s Olympic rugby sevens tournament at Tokyo Stadium.

The Black Ferns Sevens remain in the hunt to win their first Olympic rugby sevens gold medal after they emerged victorious from one of the all-time great matches against Fiji 22-17.

Golden point extra-time was needed to separate the teams after Reapi Ulunisau, who has been one of the outstanding players in Tokyo, scored in the final minute to leave the scores tied at 17-17.

Whichever team scored first in the extra period would win and following more than three minutes of possession, Gayle Broughton went over for her second try of the contest to put New Zealand into the gold medal match.

France will provide the opposition at 18:00 local time (GMT+9) following their 26-19 defeat of Great Britain in the second medal semi-final.

Great Britain’s Jasmine Joyce took her tournament tally to seven with two tries in the first half, but her side never led as an Anne-Cécile Ciofani brace put Les Bleues 26-12 up in the eighth minute.

Hannah Smith crossed later in the second half to cut Great Britain’s deficit to seven points, however, they gave away a penalty as they chased an equalising score enabling France to kick the ball out and claim a hard-fought win.

Great Britain and Fiji still have a chance to finish their tournament on a high, as they meet in the bronze medal final at 17:30 local time (GMT+9).

Australia secured their first victory since day one as they earned their spot in the fifth-place play-off with a 35-7 win against the Russian Olympic Committee team (ROC).

Australia now face a rematch against the USA, who beat them in the pool stage, in the fifth-place play-off at 17:00 local time (GMT+9) after two late Ilona Maher tries helped wrap up a 33-14 win against China.

Kris Thomas scored the first of her two tries after just seven seconds, the fastest of Tokyo 2020, as the USA built a 21-7 lead.

Chen Keyi scored midway through the second half to pull China within seven points, but Maher’s late brace made sure of victory for the Women’s Sevens Eagles.

China will now play the ROC in the seventh-place play-off, which kick-offs at 16:30 local time and is a battle of the two Olympic debutants who have both impressed in their Olympic first rugby sevens appearances.

Bianca Farella scored two tries as Canada ended their Tokyo 2020 campaign on a high with a 24-10 defeat of Kenya in the ninth-place play-off on Saturday.

Farella crossed the whitewash in each half, the second coming while Canada were down to six players, to take her Olympic try tally to eight and help her side see off a spirited Lionesses display.

Bianca Silva made two telling contributions to help Brazil beat Japan 21-12 in the opening match of day three, and secure 11th place in the process.

The hosts led 7-0 and 12-7, but Silva’s try edged Brazil in front on the stroke of half-time, and the World Rugby Unstoppable then produced a telling turnover late on to start an attack that ended with Marina Fioravanti touching down.