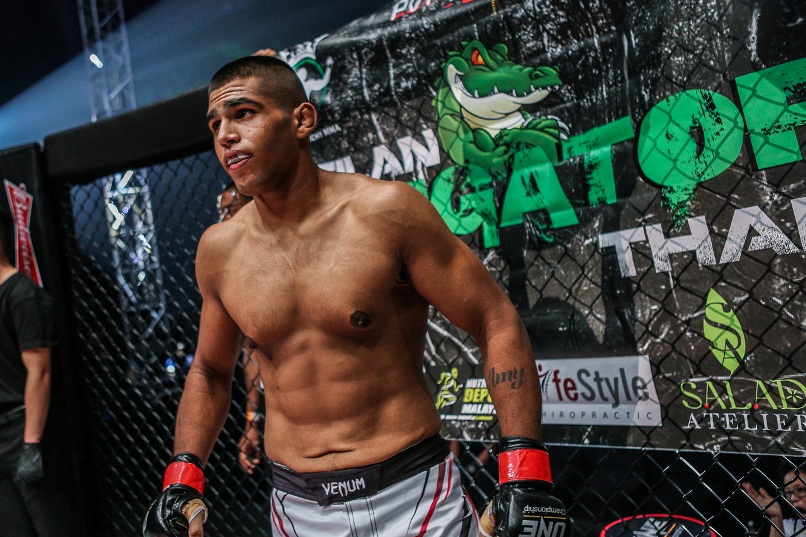 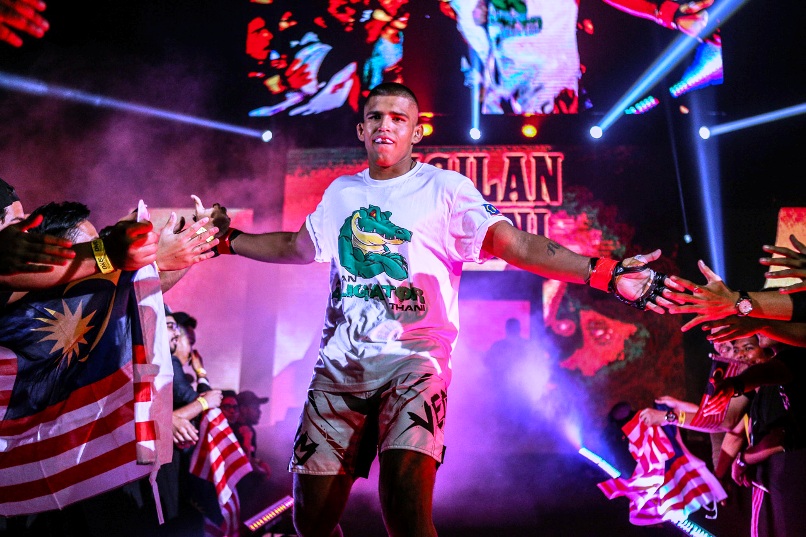 Growing up in the streets of Sentul, Malaysia, ONE Championship welterweight fighter Agilan Thani had to learn to be tough even at a young age.

“People try to solve their problems with violence 90 percent of the time,” recalled the Malaysian mixed martial artist. Living already wasn’t easy, but life was not doing him any favors as well having to get through life with a single parent.

The situation did not get better when Thani went to school.

“When I was in school, I used to get bullied verbally a lot,” shared the undefeated mixed martial arts (MMA) fighter. “On a good day, I get beat up a little bit,” he added.

“The Alligator,” a nickname he was called later on in life as an amateur MMA competitor, needed to mature faster than most kids. Being around a hostile environment, he said, “You just have to get stronger, and learn to be independent right away. Adapt to the situation.”

It shows in how Thani carries himself as a professional fighter. His unblemished record dating back to his days as an amateur mixed martial artist was not just because of pure talent. He takes pride in carefully preparing for each bout, not taking for granted what he has now and making sure to keep that in mind each time he enters the cage.

Sentul is a big part of who he is now.

“I think it was the main key that opened the door in my mind to think out of the box and be where I am today,” shared Thani, who added that the environment in Sentul also helped him in how he prepares for his upcoming fights. 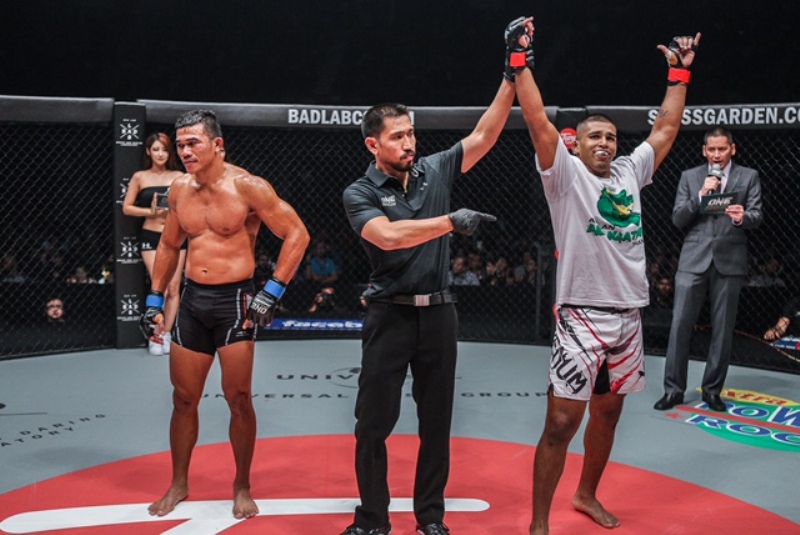 With the success he has had the pleasure of experiencing so far, the 21-year-old Malaysian fighter remains grounded.

“Money can make you happy, but it can also put you through trouble,” reflected Thani while recalling the life he had back in Sentul. This has only made him more grateful sharing this important piece of advice: “Most importantly, appreciate everyone and everything around you.”

More than anything, the place taught him to always stay true to himself and his ideals. “You’ll never know how people are going to treat you,” mused Thani. “But watching all the kids from Sentul – from the ones who are older than me to the ones who are younger – it just taught me how to be myself at all times.”

What is Thani exactly? He is a hard worker. It is the only way to get the best out of life.

“To succeed, you need to work harder each and every day,” said Thani who always looks to improve himself, which is a value that he learned while growing up.

This mentality ensures that he is prepared for any challenge. That next challenge comes in the form of Chinese Taipei’s Jeff Huang, whom he will square off against inside the cage on 10 February at the 12,000-seater Stadium Negara in Kuala Lumpur, Malaysia on the undercard of ONE: THRONE OF TIGERS.

Growing up in Sentul taught him how to prepare for anything, but he has always had it in him to survive against struggles.

While Sentul helped shaped Thani to be what we know of him now, it was not exactly the reason why he became a fighter.

Asked if he would have still chosen to be a fighter had he grown up elsewhere, one of Malaysia’s finest fighters was steadfast in his answer: “I made the decision at a very young age to learn martial arts,” adding, “Regardless of where I grew up, I think I might have ended up in the cage as well.”

But more than a fighter, Thani is a survivor who is now a thriving warrior ready to take on whatever life throws at him.