Home Football We are on track, says Asri 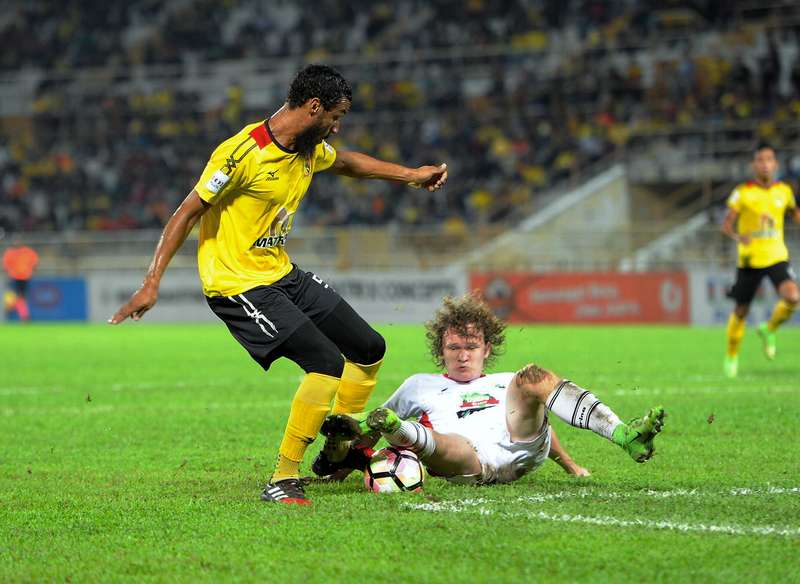 Negeri Sembilan coach Mohd Asri Ninggal believes that his boys are on the right track after breaking the drawing jynx when they beat Perlis 1-0 at the Tuanku Abdul Rahman Stadium in Paroi last night.

The Jangs remained at the top of the 12-team Premier League table with 32 points when Kharul Anwar Shahrudin gave the team a lifeline in the 62nd minute to stay ahead of second placed Kuala Lumpur (29), PKNP (28) and Terengganu (28).

“After Kuala Lumpur won their match against MISC-MIFA at the UiTM Stadium, they topped the tablr with a better goal difference for a moment.

“So winning our match yesterday was a morale booster for us because in our previous matches we’ve ran into draws.

“If we had won our previous five games, we would have led the table by a confortable margin. But I’m glad the win has eased a little pressure for the team.

“At the moment, we’re on the right track. All the players worked hard and although we had only three foreigners in the game, we managed to dominate the game,” said Asri.

Negri were without Serbian midfielder Nemanja Vidic – who collected three yellow cards previously – sitting out for a one-match suspension.

The 52-year-old Asri, however, admitted that there’s still a lot of work to be done despite the win.

“We’ve created many chances but our finishing is still not sharp. We still have homework to do as to polish our strikes and improve our chances at goal.

“It wouldn’t be fair to judge Behe as he only joined us for the past three weeks. I’m not saying that he has completely gelled with the team but he is working hard in training and gets along well with everyone. And that’s good for the team.

“For me, the most important thing about a team is harmony where they work as a family and support each other. We’re not a star-studded side and everyone’s willing to work together to achieve success.

“The foundation and momentum are there. If we take every game like a final, we can do it. We can’t feel complacent as the oppositions are following very closely,” explained Asri. – BY ALVIN OH