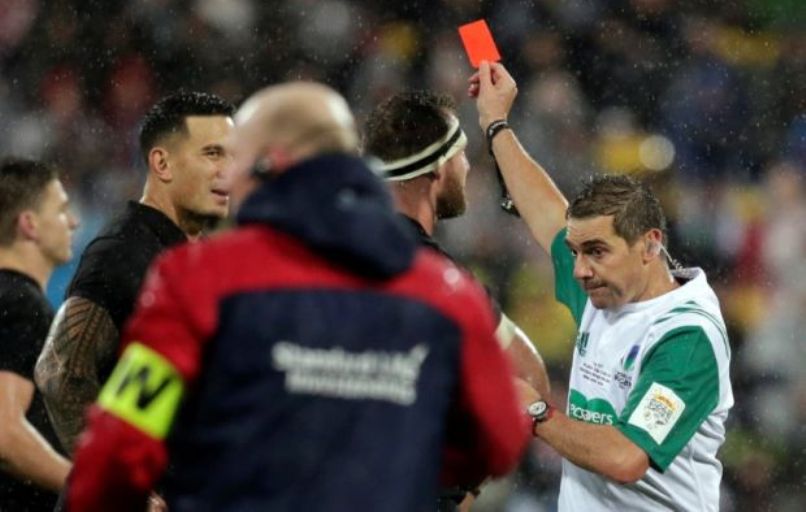 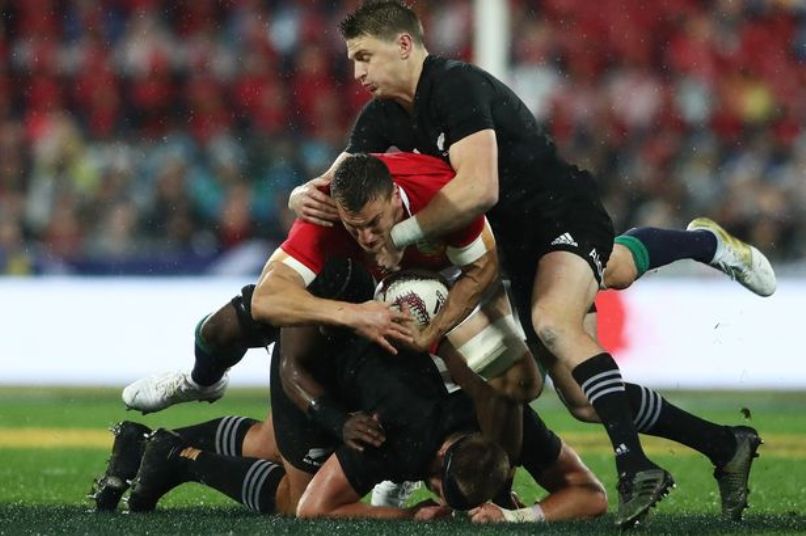 Owen Farrell’s late penalty earned the British and Irish Lions a pulsating 24-21 victory over the 14-man All Blacks on Saturday to raise their hopes of a first series victory in New Zealand since 1971.

After Sonny Bill Williams was shown the All Blacks’ first red card in 50 years, fly-half Beauden Barrett kicked the hosts to an 18-9 lead with 20 minutes left as the Lions gave away a rash of penalties.

But Taulape Faletau and Conor Murray scored the game’s only tries to make it 21-21, before Farrell slotted the critical penalty with three minutes remaining.

The All Blacks won last week’s opening Test 30-15, but their first home loss in 48 games stretching back to 2009 leaves the series on a knife-edge ahead of next week’s decider in Auckland.

“A pretty happy clown this week,” said Lions coach Warren Gatland, who was portrayed as a sad, red-nosed clown in New Zealand media this week.

“It’s great to tie the series up and we go to Auckland next week with a series to play for. Even without the red card we were the better team,” he told Sky Sports.

New Zealand went a man down on 25 minutes after Williams’ shoulder crunched into Anthony Watson’s head — the All Blacks’ first red card since the legendary Colin “Pinetree” Meads was sent off against Scotland in 1967.

In the heated encounter, the visitors also lost a player in the second half when prop Mako Vunipola was yellow-carded for a late challenge on Barrett.

When the final whistle blew and the smoke cleared, the Lions celebrated to a roar from the sea of red-clad fans in the stand, while the All Blacks went into a close-knit huddle.

“You never want to turn up and play with 14 men but I thought the effort was there,” said All Blacks captain Kieran Read.

“We’ll turn up next week and look forward to it.”

After the All Blacks’ surprise tactics to play close to the ruck in the first Test, it was the Lions this time who opened up with a similar forward game where flanker Sam Warburton, restored as captain, relished the intensely physical battle.

They dominated the opening 15 minutes but were let down by a knock-on by Maro Itoje, a dropped pass by Jonathan Davies and a forward pass from Johnny Sexton, all at times when the All Blacks were scrambling to defend.

It was left to kickers Barrett and Farrell to provide the early points from penalties, and in wind and heavy rain the scores were 3-3 when the game witnessed its pivotal moment.

Dangerman Williams shoulder-charged Watson and was sent off by French referee Jerome Garces — forcing the All Blacks to sacrifice Jerome Kaino for debutant Ngani Laumape to maintain a full backline.

It was a huge boost for the Lions but by half-time, with Barrett and Farrell trading further penalties, the scores remained locked at 9-9.

The All Blacks took the direct approach in the second half, running from depth on to the ball as they cranked up the physicality to crash headlong into the Lions.

It did not bring tries, but it drew enough penalties that even though Barrett had an off-night with the boot, missing three penalty attempts, he was able to push the All Blacks out to an 18-9 lead, before the effort of playing with a man down began to show.

The Lions’ opening try came from skilful use of the dual fly-half combination of Farrell and Sexton to create space and send Faletau over in the corner.

Farrell and Sexton were also instrumental in the build-up to Murray’s try to lock the score at 21-21, before Farrell kicked the vital penalty to make it winner-takes-all next week in Auckland. – Agence France-Presse