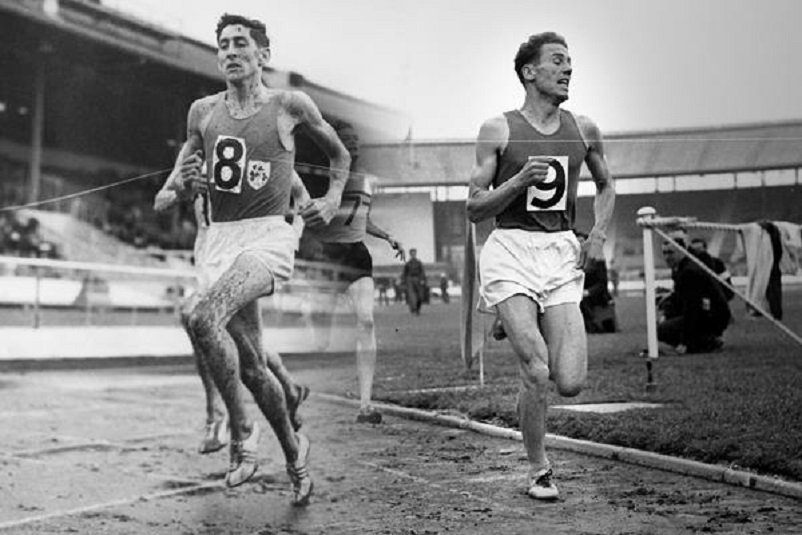 Ireland’s Ron Delany and Hungary’s late Laszlo Tabori, two of the standout middle-distance runners of the 1950s, were friends and rivals. A recent discovery in the USA has reignited memories of the connection between these mile running greats and resulted in two significant additions to the World Athletics Heritage Collection.

The USA was at the nub of Delany and Tabori’s relationship and the scene of many of their races. Delany, the 1956 Olympic 1500m champion, studied commerce at Villanova University in Pennsylvania under the famous training tutelage of Jumbo Elliott. Tabori, who equalled the mile world record in 1955 [1], defected to the USA along with his coach, the equally famous Mihály Iglói, after those Melbourne Games. That decision followed the Soviet invasion of Hungary in that year. In the 1956 Olympic 1500m final, Tabori finished fourth behind Delany.

The ‘Villanova Rocket’ and the ‘Magnificent Magyar’

Delany, the ‘Villanova Rocket’, set three world indoor mile bests during 1958 and 1959, the fastest his 4:01.4 in New York’s Madison Square Garden on 7 March 1959. In those years he was virtually unbeatable indoors with four USA AAU titles and four Millrose Games miles among a 40-race winning streak. Outdoors Delany won four NCAA titles and sped to a career best national mile record of 3:57.5 behind Herb Elliott’s world record in Dublin on 6 August 1958.

Tabori, one of the three ‘Magnificent Magyars’ of the 1950s [2], was the third man in the world to run a sub-four-minute mile. On 28 May 1955 at London’s White City Stadium he ran 3:59.0. Chris Chataway and Brian Hewson, both timed at 3:59.8, finished in Tabori’s wake. Three men finishing inside four minutes in the same race was a sensation at the time. Tabori was also a member of two successful 4x1500m world record relay squads in 1954 and 1955.

During their careers and long after both their retirements in 1962, as their young families grew up, Delany and Tabori kept in contact. Today, the 85-year-old Delany remains full of energy and extremely active. He was a distinguished guest with his wife Joan at last year’s World Athletics Heritage Mile Night in Monaco. Sadly, Tabori passed away the year before, on 23 May 2018, and with him it seemed an international sporting connection had died too.

Out of the blue on 7 September 2020, World Athletics Heritage received an email from Tabori’s two daughters, Gabrielle Sabharwal (née Tabori) and Ildiko Tabori, with the request to put them in touch with Delany. They had been going through their father’s possessions and had come across a trophy, a silver bowl, which had been awarded to Delany for winning the 1959 edition of the Philadelphia Inquirer Mile. 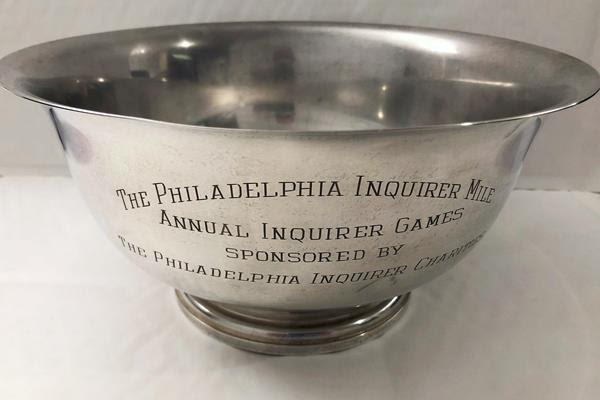 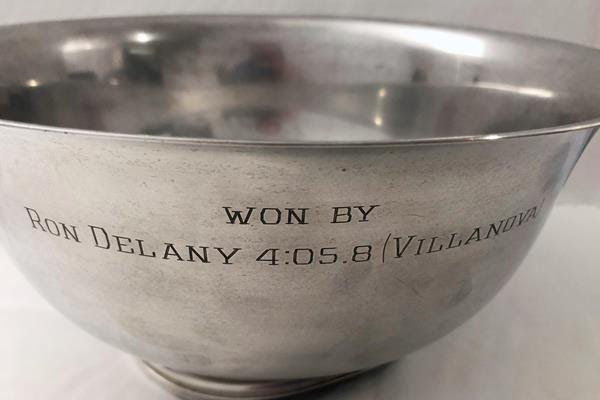 With the contact details of Tabori’s daughters and those of Delany duly shared, history had come full circle, an international athletics connection re-joined.

The result has been very much to the gain of the World Athletics Heritage Collection. The Tabori family have kindly donated the ‘9’ bib number worn by Laszlo during his famous sub-four-minute mile run, and Delany has been equally generous, donating his long-forgotten trophy to the collection too. 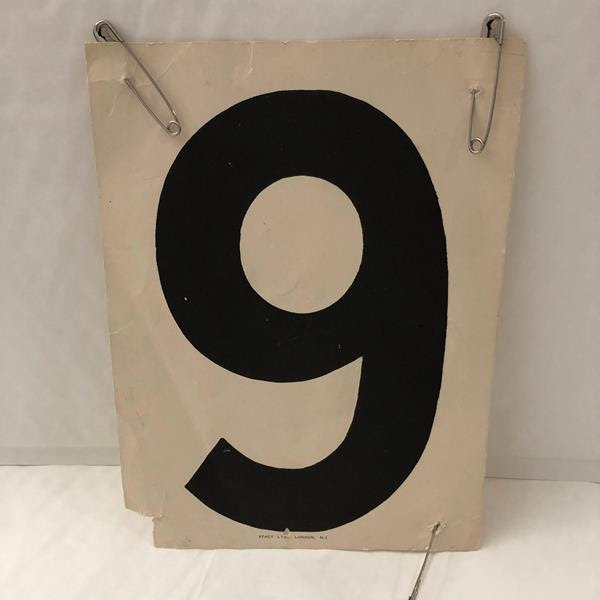 Neither family knows why Delany’s trophy should have ended up in Tabori’s possession, the only clue being that on Friday 13 February 1959, when Delany ran 4:05.8 to better his own meeting record for the Philadelphia Inquirer Mile, Tabori finished in second place.

“Perhaps I had to rush off to catch a train or a plane and so missed the award ceremony and Laszlo kindly took care of it?” pondered Delany. “Anyway, what a wonderful surprise to find the trophy after so many years. I am therefore delighted to give the trophy to the World Athletics Heritage Collection. I hope it will in turn help remind others of that wonderful era of mile racing.”

Sabharwal was equally amazed by the discovery. “My father and Mr Delany raced each other often, they were more than just opponents,” she said. “They were friends and our families had kept in touch until a few years before my father’s death. My father devoted his life to athletics” – his coaching career began in 1967 with the San Fernando Valley Track Club, where he remained for 35 years – “and it’s a great pleasure to donate his competition number from his historic sub-four run to World Athletics Heritage. There the number and my father’s memory will be preserved.”