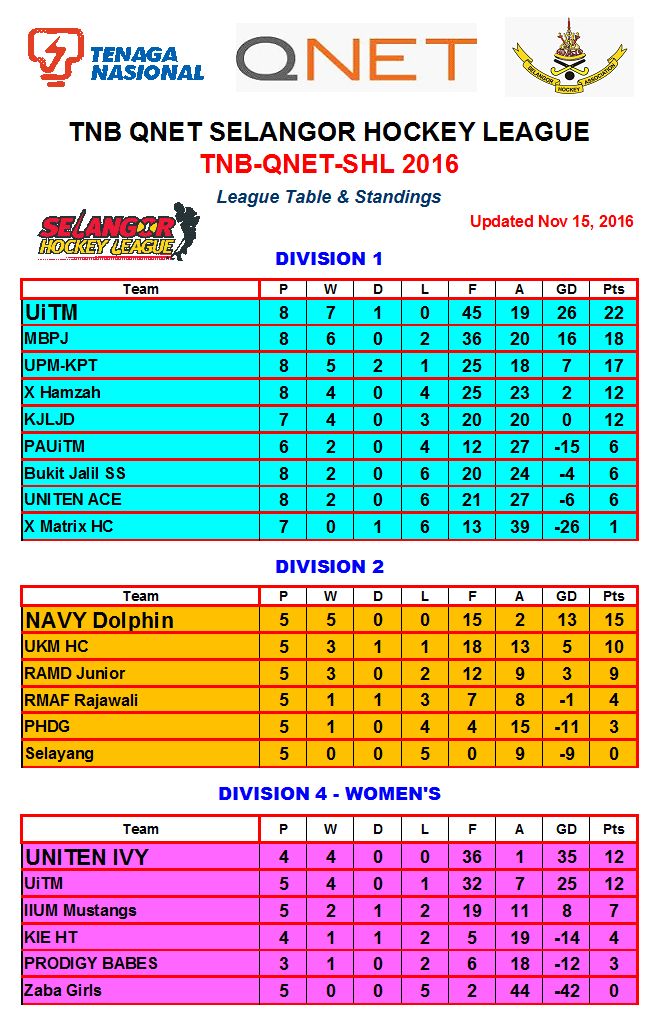 UiTM secured the Division 1 title of the TNB-QNET-Selangor Hockey League when they beat Bukit Jalil Sport Schools 6-3 in a midweek match.

With the win, UiTM had opened up an unassailable four point gap over their second placed opponents MBPJ.

UiTM have been unbeaten in the league where they only dropped points against UKM-KPT and where they will now be looking to defend the overall title in the QNET Challenge Trophy, which starts on 19 November.

MBPJ suffered a shock loss to UPM-KPT 3-2 but did enough to secure the runners-up spot in Division 1 when they beat X-Matrix 11-1.

Meanwhile UPM-KPT who beat PAUITM 4-2, paid the price for the two drawn games they had in the league to finish third, one point behind MBPJ.

The battle is now for the fourth and fifth places in Division 1 to qualify for the QNET Challenge Trophy with the battle between KJLJD, X-Hamzah & PAUITM.

In the Women’s Division, Uniten Ivy look set to be crowned champions again as they need only a draw from their final match against Prodigy Babes to edge UiTM to second place.

In Division 2, Navy Dolphins were crowned Champions for the first time as they beat Selayang 3-0 in their final match. UKM-HC upset RAMD Jnr to grab the second place and qualify to the QNET Challenge Trophy

The Technical Committee and Competitions Committee met on Monday, 14 November and where they have decided to penalize Team RMAF Rajawali and Selayang for breaching the player eligibility rule in their matches. 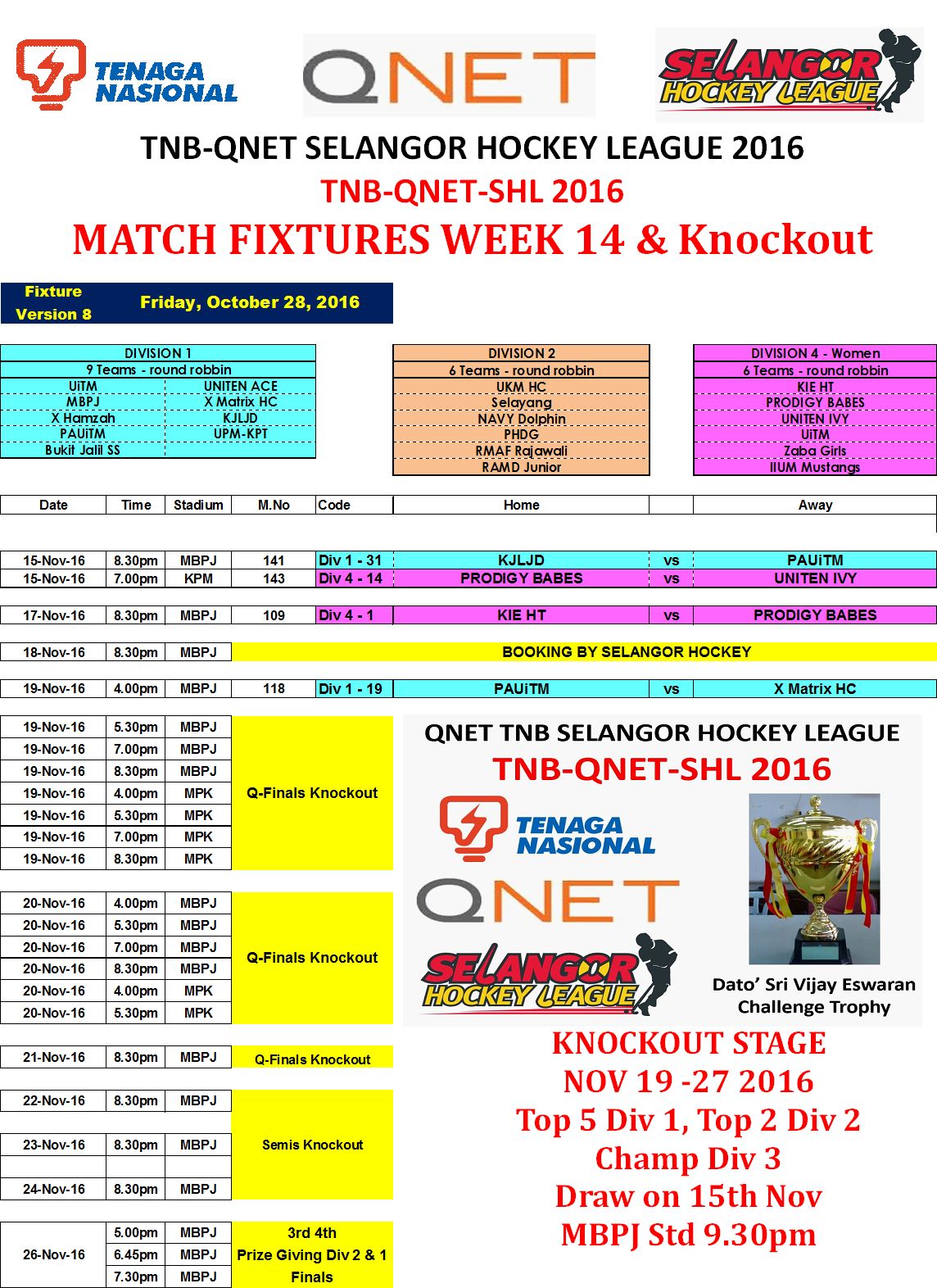